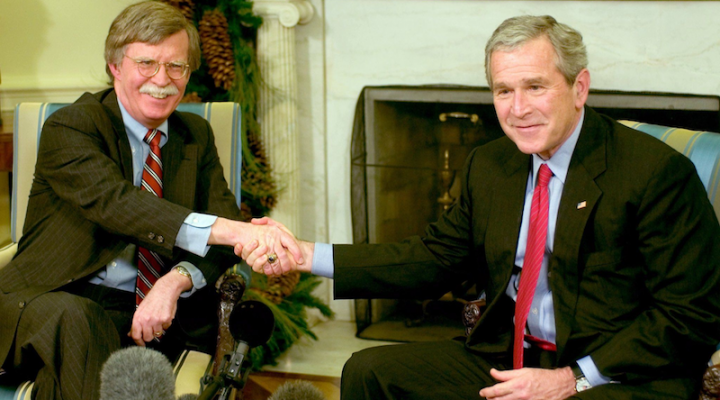 You wouldn’t know it from today’s news headlines, but there’s a major scandal unfolding with potentially far-reaching consequences for the entire international community. The political/media class has been dead silent about the fact that there are now two whistleblowers whose revelations have cast serious doubts on a chemical weapons watchdog group that is widely regarded as authoritative, despite the fact that this same political/media class has been crowing all month about how important whistleblowers are and how they need to be protected ever since a CIA spook exposed some dirt on the Trump administration.

When the Courage Foundation and WikiLeaks published the findings of an interdisciplinary panel which received an extensive presentation from a whistleblower from the Organization for the Prohibition of Chemical Weapons (OPCW) investigation of an alleged 2018 chlorine gas attack in Douma, Syria, it was left unclear (perhaps intentionally) whether this was the same whistleblower who leaked a dissenting Engineering Assessment to the Working Group on Syria, Propaganda and Media this past May or a different one. Subsequent comments from British journalist Jonathan Steele assert that there are indeed two separate whistleblowers from within the OPCW’s Douma investigation, both of whom claim that their investigative findings differed widely from the final OPCW Douma report and were suppressed from the public by the organization.

The official final report aligned with the mainstream narrative promulgated by America’s political/media class that the Syrian government killed dozens of civilians in Douma using cylinders of chlorine gas dropped from the air, while the two whistleblowers found that this is unlikely to have been the case. The official report did not explicitly assign blame to Assad, but it said its findings were in alignment with a chlorine gas attack and included a ballistics report which strongly implied an air strike (opposition fighters in Syria have no air force). The whistleblowers dispute both of these conclusions.

At the very least we can conclude from these revelations that the OPCW hid information from the public that an international watchdog organization has no business hiding about an event which led to an act of war in the form of an airstrike by the US, UK and France. We may also conclude that skepticism of their entire body of work around the world is perfectly legitimate until some very serious questions are answered. Right now no attempt is being made by the organization to bring about the kind of transparency which would help restore trust, with multiple journalists now reporting that the OPCW is refusing to answer their questions.

It is also not at all unreasonable to question whether the OPCW could have been influenced in some way by the United States behind the scenes, given how its now-dubious final report aligns so nicely with the narratives promoted by the CIA and US State Department, and given how we know for a fact that the US has aggressively manipulated the OPCW before in order to advance its regime change agendas.

In June of 2002, as the United States was preparing to invade Iraq, Mother Jones published an article titled “A Coup in The Hague” about the US government’s campaign to oust the OPCW’s very first Director General, José Bustani. If you’ve been following the recent OPCW revelations you will recall that Bustani was one of the panelists at the Courage Foundation whistleblower presentation in Brussels on October 15, after which he wrote the following: “The convincing evidence of irregular behavior in the OPCW investigation of the alleged Douma chemical attack confirms doubts and suspicions I already had. I could make no sense of what I was reading in the international press. Even official reports of investigations seemed incoherent at best. The picture is certainly clearer now, although very disturbing.”

Mother Jones (which used to be a decent outlet for the record) breaks down how the US government was able to successfully bully the OPCW into ousting the very popular Bustani from his position as Director General in April 2002 by threatening to withdraw funding from the organization. This was done because Bustani was having an uncomfortable amount of success bringing the Saddam Hussein government to the negotiating table, and his efforts were perceived as a threat to the war agenda.

“Indeed, US officials have offered little reason for its opposition to Bustani, saying only that they questioned his ‘management style’ and differed with several of Bustani’s decisions,” Mother Jones reports. “Despite this, Washington waged an unusually public and vocal campaign to unseat Bustani, who had been unanimously reelected to lead the 145-nation body in May, 2000. Finally, at a ‘special session’ called after the US had threatened to cut off all funding for the organization, Bustani was sent packing.”

This happened despite broad international support for Bustani, including from then-Secretary of State Colin Powell who’d written to the renowned Brazilian diplomat praising his work in February 2001. According to the report’s author Hannah Wallace, the US was able to oust a unanimously re-elected Director General due to the disproportionate amount of financial influence America had over the OPCW.

“[I]n March of 2002, Bustani survived a US-led motion calling for a vote of no confidence in his leadership,” Wallace writes. “Having failed in that effort, Washington increased the pressure, threatening to cut off funding for the organization — a significant threat given that the US underwrites 22 percent of the total budget. A little more than a month later, Bustani was out.”

“Bustani suggests US officials were particularly displeased with his attempts to persuade Iraq to sign the chemical weapons treaty, which would have provided for routine and unannounced inspections of Iraqi weapons plants,” Wallace reported. “Of course, the Bush White House has recently cited Iraq’s refusal to allow such inspections as one justification for a new attack on Saddam Hussein’s regime.”

“Of course, had Iraq [joined the OPCW], a door would be opened towards the return of inspectors to Bagdad and consequently a viable, peaceful solution to the impasse,” Bustani told Mother Jones. “Is that what Washington wants these days?”

Bustani told Mother Jones that he was already seeing a shift in the OPCW into alignment with US interests. Again, this was back in 2002.

“The new OPCW, after my ousting, is already undergoing radical structural changes, along the lines of the US recipe, which will strike a definitive blow to the post of the Director General, making it once and for all a mere figurehead of a sham international regime,” he said.

“Bustani traces the shift to the influence of several hawkish officials in the Bush State Department, particularly Undersecretary of State for Arms Control and International Security, John Bolton,” Wallace wrote.

Indeed, we’ve learned since that Bolton took it much further than that. Bustani reported to The Intercept last year that Bolton literally threatened to harm his children if he didn’t resign from his position as Director General.

“You have 24 hours to leave the organization, and if you don’t comply with this decision by Washington, we have ways to retaliate against you,” Bolton reportedly told him, adding after a pause, “We know where your kids live. You have two sons in New York.”

The Intercept reports that Bolton’s office did not deny Bustani’s claim when asked for comment.

It is worth noting here that John Bolton was serving in the Trump administration as National Security Advisor throughout the entire time of the OPCW’s Douma investigation. Bolton held that position from April 9, 2018 to September 10, 2019. The OPCW’s Fact-Finding mission didn’t arrive in Syria until April 14 2018 and didn’t begin its investigation in Douma until several days after that, with its final report being released in March of 2019.

It is perfectly reasonable, given all this, to suspect that the US government may have exerted some influence over the OPCW’s Douma investigation. If they were depraved enough to not only threaten to withdraw funding from a chemical weapons watchdog in order to attain their warmongering agendas but actually threaten a diplomat’s family, they’re certainly depraved enough to manipulate an investigation into an alleged chemical weapons attack. This would explain the highly suspicious omissions and discrepancies in its report.

It is a well-established fact that the US government has long sought regime change in Syria, not just in 2012 with Timber Sycamore and the official position of “Assad must go”, but even before the violence began in 2011. I’ve compiled multiple primary source pieces of evidence in an article you can read by clicking here that the US government and its allies have been planning to orchestrate an uprising in Syria exactly as it occurred with the goal of toppling Assad, and a former Qatari Prime Minister revealed on television in 2017 that the US and its allies were involved in that conflict from the very moment it first started.

So to recap, we know that the US government has manipulated the OPCW in order to advance regime change agendas in the past, and we know that the US government has long had a regime change agenda against Syria. Many questions will need to be answered before we can rule out the possibility that these two facts converged in an ugly way upon the OPCW’s Douma investigation.