HOME / WORLD / The Official Bad Guy Of The Day: Notes From The Edge Of The Narrative Matrix 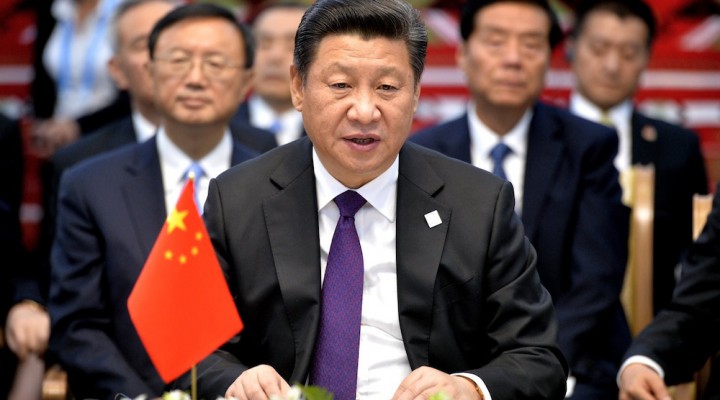 Missing the cute, innocent days of early 2020 when our biggest concern was just that the continent of Australia would burn to ashes and Trump would start a full-scale war with Iran.

Everyone’s been primed by years of popular post-apocalyptic movies/shows, as well as a growing sense of dread and a general intuition that something’s gotta give soon. Please stay calm and let your better nature win out, humans. We can use this opportunity to transcend ourselves.

The political/media class is largely responsible for its own inability to get the public to take this pandemic seriously. You can’t constantly lie to people about important issues their entire lives and then expect them to suddenly trust you.

The primary reason people are so vulnerable to propaganda is that hardly anyone clearly sees just how much human consciousness is dominated by mental narrative. There’s a night and day difference between reality and the stories minds tell about reality. Manipulators exploit this.

Most people assume that the mental stories in their heads are an accurate reflection of what’s happening outside their skull, and it just isn’t. Manipulators know they can just feed people stories, narratives, about what’s happening and they’ll accept those narratives as reality.

Manipulators know they can trade a bunch of convincing words in exchange for all sorts of real valuables: sex, deals, loyalty, votes, political power. Humanity’s deluded relationship with narrative means you can get real, concrete treasures in exchange for pure illusion.

Most of the things which consume your attention are pure narrative constructs: religion, philosophy, culture, politics, the economy, even what you take to be your very self. But few ever take the time to sift these narratives apart from reality, so we’re hackable by manipulators.

Obvious cognitive decline is a stutter.

An ex-president installing his right-hand man as his successor is democracy.

Journalism is a crime.

Oh, you have another Official Bad Guy of the Day, America? It’s the Chinese government today, is it? We’re meant to hate China? Very cool.

So have you you stopped circling the globe with military bases and mass murdering human beings all over the world, America?

Then stop asking me to care about China.

Priority #2 — Deal with virus if we have time.

I’ve been saying the US is more evil and violent than China for years, and the shrill, hysterical responses I’ve been receiving when I say this over the last few days have been exponentially more intense than they’ve ever been at any other time. China hasn’t gotten any worse during that time, the propaganda has.

All this shrieking about the virus originating in China does nothing to help address the actual virus, and it isn’t meant to: it’s meant to manufacture consent for future unrelated, pre-planned escalations against America’s chief geopolitical rival. People are being trained to support those escalations.

Officials know they’ve got a few months where there won’t be any public backlash in the form of demonstrations and protests due to coronavirus fears, and it’s a safe bet that they’ll take that fact into account when planning decisions in the near future. Assange’s extradition hearing resumes in May and the DNC convention is in July, just for example.

China has not changed. What’s changed is that the USA’s leading rival is poised to surpass a dying empire, which will need to take some drastic actions in order to prevent this. Consent for these actions must first be manufactured. Hence the sudden spike in narrative management.

China has always had an authoritarian government. If you find yourself thinking negatively about the Chinese government more than you did a year or two ago, it’s not because China changed during that time, it’s because you’ve been sucked in by an escalating propaganda campaign.

China’s getting its COVID problem under control and helping other nations while American preachers are telling their underinsured parishioners to come to the megachurch and shake hands with everyone. This virus could change the world a lot more than we think.

It’s the perfect storm for ending the hegemony of the US, a nation with a broken healthcare system, dependent on private corporations to make anything happen, full of individualists who reject any collectivist impulse and fundamentalists who think science is a liberal hoax.

If COVID-19 were a nation, that nation would enact domestic policies which kill the most vulnerable members of its population. Then it would spread this to the rest of the world by inflicting endless war and sanctions on other countries, killing the most vulnerable people there.

Starvation sanctions do the same thing the coronavirus does: kill the most vulnerable members of the population. A population with both experiences these effects squared. The Trump administration owns every single one of the COVID-19 deaths in Iran.

It shouldn’t take a new virus pandemic to make people start thinking about whether it’s wise to have a political system that is dominated by very old leaders who won’t be around to suffer the future consequences of their actions.

The American people don’t deserve what’s coming. Their government is criminal, but they aren’t. I’m in Australia and I’ve shed more tears for what’s about to hit the US than here, because they really have nothing in place to insulate themselves from this.

Stop legitimizing the use of the word “corruption” in news reports of Saudi Arabia’s mass arrests; it’s a meaningless term in a nation whose government just openly owns all the treasure and resources. The Saudi government arresting people for “corruption” would be like water arresting fish for getting wet.

Every Trump Supporter I’ve Ever Argued With: Trump is ending the wars and draining the swamp!

Me: No he’s doing the exact opposite, as shown in this mountain of facts here.

Every Trump Supporter I’ve Ever Argued With: Yeah well you can’t expect Trump to just suddenly end wars and drain the swamp, you naive idiot.

It’s amazing how far you can get in life without having any idea what you’re doing, just by feigning confidence and speaking in an assertive tone of voice. You can become President of the United States. You can get through almost a full term before people really start noticing.

There. That’s the winning answer to 90 percent of the arguments I’m going to get into from now until November.

Biden: I have decided that I will implement progressive policies I opposed up until five minutes ago.

Biden: *tells a mountain of demonstrable lies in one debate*

Biden: You can trust me that I will implement those policies.

Democrats: Trump is an unprecedented threat to our democracy because he’s a vulgar racist jingoistic authoritarian reactionary wingnut with dementia who lies constantly.

The Democratic primary is clearly being tampered with in myriad ways and on multiple levels, both overtly and covertly. The general election will not be. Because the dominant power structures know they’ll get exactly what they want with either Biden or Trump.

When I was five, I had a friend who would “be the judge” to whatever game we were playing and whenever I started to win, she would judge that I was actually not winning. I stopped playing with her.

A Democratic Party leader retains their status and donors regardless of who wins an election. But if the left ever succeeded in taking over the party and implementing anti-oligarchic policies, that would end. Given this, who do you think party leaders perceive as the real threat?

Staying with the Dems is a losing strategy, but so is removing your votes with the hopes of influencing them. This is because the answer has never been in electoral politics, one way or the other. It’s an illusory construct built to distract from reality.

If you object to people calling Chelsea Manning by her preferred pronouns more than you object to the things that have been done to her, you have wasted all of your time on this planet.

If we lived in a truly healthy, sane world, and then it suddenly began acting like the normal status quo of this current world, our collective shock and horror would dwarf the reaction we’re having to the COVID-19 pandemic. Because we’ve normalized so many vastly worse horrors.

Some days I just can’t write. I have plenty to say, I know all the things I want to write about, I’ve done all the research and prepared all my links, but I just can’t get the words flowing. It’s what I imagine erectile dysfunction feels like.

Doubt anyone remembers this but there was once a time when people expressing socialist or antiwar views were referred to as “pinkos” and “moonbats” instead of “Kremlin agents” and “Russian bots”.

Truth is Russian in an empire of lies.

Whenever there’s an economic downturn I always get my hopes up that maybe this is the one where people go “Hey wait a minute, this whole ‘economy’ thing is made up! We can just make up something different instead!”

I am optimistic that we’ll be okay because I know that humanity has untapped potential in areas within ourselves that we’ve barely even begun discussing, much less researching. The manipulators only understand thoughts and language, and there’s so much more to us than that.

Long-established patterns are now being disrupted on a mass scale, creating lots of space to form new ones. Where there used to be a solid brick wall, there are now many gaps with plenty of space to shine light through. Make sure you take advantage of this, clear-eyed rebels.

0 thoughts on “The Official Bad Guy Of The Day: Notes From The Edge Of The Narrative Matrix”