HOME / SOCIAL/CULTURAL / The Myth Of The Moderate Democrat: Notes From The Edge Of The Narrative Matrix 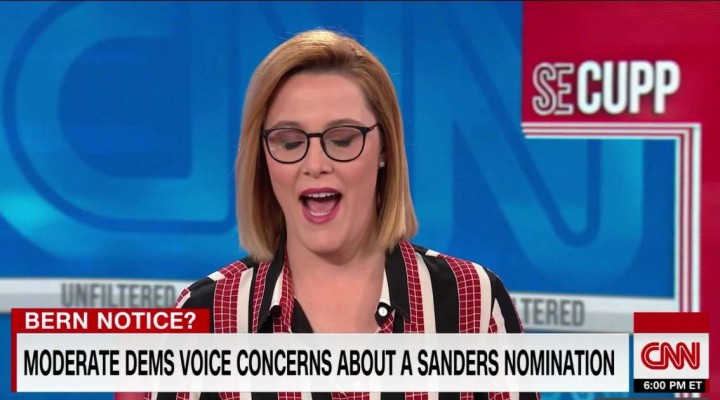 Mainstream media pundits keep babbling about a strange cryptozoological organism known as “moderate Democrats”, despite the fact that there is less evidence for the existence of such creatures than for leprechauns and the Loch Ness Monster.

There is no such thing as a moderate mainstream centrist. There is nothing moderate about an ideology of endless mass military slaughter abroad and ever-tightening authoritarianism and economic exploitation at home. These people are violent extremists. They’re ISIS with nukes.

So-called “centrism” is called that not because it’s the moderate position between two extremes, but because it’s been forcibly made into the mainstream norm by propaganda. There’s nothing moderate about it. If we could see it with fresh, healthy eyes, we’d scream in horror.

“Moderate Democrats” are moderate in the same way the “moderate rebels” in Syria are moderate.

In a sane world we’d regard people who promote endless war with the same revulsion as child rapists and serial killers.

You may be certain that there are US liberals who sincerely hate Trump, but who subconsciously don’t want him to lose because they’ve got a lot invested in his presidency now; drama addiction, social media following, etc. This may explain some of the support for weak candidates.

We’ve all known people who court drama in their lives. They do this because drama is addictive; it causes the brain to secrete endorphins and dopamine. The socially sanctioned drama of US Trump-centric political environment would provide ample fodder for this.

Egotism can create identity structures out of pretty much anything; there would be people by now who simply don’t know who they are without Trump, because anti-Trumpism has become such a part of their identity. The idea of losing Trump would look like a kind of death to them.

So as much as they hate Trump, they don’t really want him to lose, deep down. They’re comfortable in this post-2016 environment where they get to wake up and scream about Trump’s latest tweet or whatever. They secretly enjoy it. There’d be whole online communities of such people.

These people would gravitate toward candidates like Buttigieg and Bloomberg, who if they’re honest they know can’t beat Trump. They’d cheer for them every step of the way, they’d revel in the drama, and when they lose they’d revel in that too. And a significant part of themselves would enjoy it.

A large part of what passes for social media activism is really just egoic bullshit, and this would be especially true of the “Resistance”. Whole social media networks have been built basically around people diddling each other’s egos about Trump. Many wouldn’t want to lose that.

Someone on my site said they’re a fan of mine and of Mike Bloomberg. How is that even possible? All I ever do is bash billionaires, MSM propagandists, oligarchs, authoritarians, establishment guardians and neocon war whores… and Bloomberg is all of these things.

Bloomberg vs Trump would mean we’d lost and signal the start of centuries of locked-down dystopia where leadership is handed from billionaire to trillionaire as ceremonially as any monarchy and the rest of us are shipped off to giant rotating Amazon warehouses to work in space.

Bloomberg and Trump are so personally and ideologically similar that the only thing for them to argue about is height and bitchy remarks made behind their backs by other plutocrats.

Just a thought but if you have exactly one (1) Democratic candidate whose extensive history of right-wing authoritarianism has even fairly mainstream Democrats sincerely debating whether he’d be better than Trump, maybe that one candidate isn’t the guy to support at the very beginning of a primary race.

Focus not just on Bloomberg, but on what his campaign says about the entire US political system. It’s always been this easy to buy up endorsements and narrative control, and plutocrats have always been doing that this entire time. They just normally stay hidden in the background. If the populist hive mind dug into the connections and manipulations of other plutocrats like they’re digging into Bloomberg’s, they’d find just as much dirt.

Anyone who cheers for any billionaire to win anything is a pathetic bootlicking loser.

“Philanthropy” is just another billionaire narrative control tool, same as buying media outlets and funding think tanks. Build a library named after yourself and you’ve got this “philanthropist” label that pundits use so that people call you that instead of “parasitic sociopath”.

If wealth had anything to do with hard work, single moms would be the billionaires.

This primary race should have been an argument over who gets to breathe on the unpopular reality TV star president to knock him down, not this stressful shit show of uncertainty over who can stop the Trump juggernaut. Awful Democratic leadership since 2016 is to blame for this.

Every time Sanders makes stupid hawkish comments about Russia, Venezuela, Iran etc, he loses votes to Tulsi Gabbard. Maybe instead of demanding that Gabbard to drop out, Sanders supporters should demand that he stop making these comments.

They keep trying to spin Sanders as this freaky radical fringe madman, but he’s basically just campaigning as the real version of Barack Obama. The version of Obama that actually intends to govern as he campaigned.

So far the best anti-Sanders smears they’ve been able to come up with are:
– He’s unelectable (abandoned after polls proved otherwise)
– He refuses to release medical information he’s already released
– He’s secretly a communist
– A Bernie Bro said a bad word on the internet

My American husband has been here in Australia for years, and he still to this day keeps marvelling at how much better our very normal healthcare system is. The only thing keeping Americans from supporting universal healthcare is their never having experienced a real healthcare system.

The problem with threatening the DNC with a Trump re-election if they install a right-wing candidate is that Democratic Party elites don’t care if Trump gets re-elected; he supports all their favorite agendas and they keep their jobs regardless. It’s not a real threat to them. Doesn’t mean you should kiss the ring and do as you’re told; it just means you need better threats.

It’s been cute watching Trump supporters try to hate Sanders. You can tell they want to, but their heart’s not in it, probably because they know he pisses off a lot of the same people they hate. So they just mumble some easily refuted gibberish involving Sanders being a commie. It’s like the exact opposite of a guy trying to get an erection for a woman he thinks he should be attracted to, but just can’t get into it.

Trump supporters are completely unequipped for a Sanders vs Trump election. All their anti-Bernie stuff right now is hammers and sickles and gulags and cartoonish red baiting schtick. They’d get hardcore out-memed by Berners in the general; they really have no idea what they’re looking at, and, more importantly, they’re completely humorless about it. Who wins a meme war? The energized revolutionaries joking and having fun, or the stuffy finger-waggers regurgitating 1950s HUAC talking points?

Hi my name’s Snooty McCentrist. I’m sorry to inform Bernie supporters that because you didn’t ask us to stop sabotaging his campaign with sufficient politeness, his election has been permanently cancelled.

Establishment narrative managers aren’t crying about Bernie’s online supporters because they’re mean, but because they’re effective. It’s the same reason they cry about RT and indie media; they know narrative control is power, and Berners can collectively influence narratives.

Narrative managers have settled on “Bernie’s online brown shirts” as the US version of the “Labour antisemitism crisis”, at least for now. Clintonite propagandist David Brock actually got the ball rolling on this more than a year ago. They like this one because, like the Corbyn antisemitism smear campaign, it’s a self-reinforcing narrative. Just as denying the existence of a Labour antisemitism epidemic made you an antisemite, objections to the “angry Bernie Bros” smear can be spun as proof that it’s true.

The blue-checkmarked crybully commentariat are so insanely authoritarian that they openly and unabashedly claim that a presidential candidate ought to have iron-fisted control over the social media comments of every single one of his supporters.

Saying “Twitter isn’t real life” is like saying “Cable news isn’t real life”–of course both statements are true, but both forms of media help shape the narratives which affect real life. The difference is that grassroots populist movements can shape those narratives via Twitter.

These Clintonite candidates keep babbling about “unity” as though Sanders has been out there all “Yeeehaw! Fuck everyone to the right of Ajamu Baraka, nobody needs you bitches!” Obviously all Democratic candidates want Dems to unify; the debate is which direction to head when they do.

I haven’t written about your pet issue because there are only so many hours in a day and writing essays takes up lots of them. I focus my energy on what I see as the weakest gaps in the empire’s armor where I think I can do the most damage. I make those assessments myself. If there’s something you want written, then write it. I don’t have any tools you don’t have; I’ve got a WordPress, a Twitter and Facebook, and a Medium account. I have no platform. I have no connections. I just write things my intuition tells me will float on the zeitgeist.

Op-Ed: Dems Should Do The Sensible Thing And Nominate A Moderate Rapacious Psychopath

0 thoughts on “The Myth Of The Moderate Democrat: Notes From The Edge Of The Narrative Matrix”