HOME / SOCIAL/CULTURAL / Some Thoughts On Sectarian Infighting In Activist Circles

Some Thoughts On Sectarian Infighting In Activist Circles 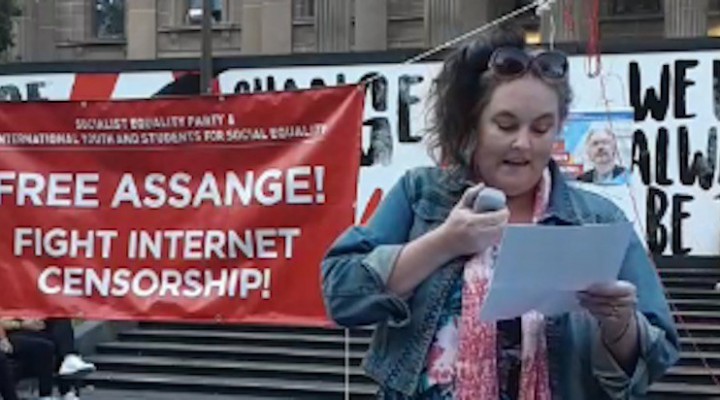 Well it finally happened. After months and months of avoiding the vapid sectarian infighting between Assange activism cliques like the plague, a few hours ago I finally got sucked into the drama. I always do my best to keep my head down and focus my energy on corrupt world leaders, depraved government agencies, malignant media narrative managers, viral psyops and cultural mind viruses, but sometimes people force their drama upon me no matter where I hide. I won’t bore my readers with the details, and I won’t indulge the drama queens by naming them.

The experience was intensely moronic, but it also gave me an opportunity to form some thoughts about the way energized dissident activist groups almost invariably find their energy collapsing in on themselves with soul-sucking sectarianism.

A few hours before a couple of longtime WikiLeaks advocates got up in my Twitter screen demanding that I denounce the Assange advocacy group Unity4J, the co-host and co-founder of the organization Elizabeth Lea Vos had tweeted the following:

“It is absolutely sickening to watch attacks on WikiLeaks and WL supporters amp up as we hear news regarding Assange’s deteriorating health. No matter what movement (or no movement) you choose to work with, DO SOMETHING to support Assange, #Manning, WikiLeaks, Ola Bini, etc.”

This is a message that Unity4J leaders have been putting out there for quite some time: just do something. It doesn’t have to be with Unity4J, and it doesn’t have to be with any organization at all; just do something to bring public awareness to the reality of Assange’s plight and its consequences. Everyone has the ability to do something to help Assange. If you’re uncomfortable with the fact that Unity4J sometimes has speakers with political ideologies that different from your own, for example, there’s not actually anything stopping you from pouring your energy into supporting Assange in a completely different way.

ZERO time for them #Unity4J

We have work to do. Stay focused no matter what.

104 people are talking about this

Drama can be a powerfully addictive drug. I mean that quite literally; an article in Psychology Today explains that drama “causes the pituitary gland and hypothalamus to secrete endorphins, which are the pain-suppressing and pleasure-inducing compounds, which heroin and other opiates mimic.”

“There is also another factor,” the article continues. “Using drama as a drug feels good so it is rewarding. Reward uses dopamine, the brain’s happy dance drug.”

Conflict and drama also delivers adrenaline, which is another potentially addictive neurotransmitter.

When you see people who habitually stir up dramatic tensions in activist groups or dissident political circles or anywhere else, they might be speaking as though they find the experience emotionally uncomfortable, but underneath the performance they’re getting exactly what they want out of the ordeal. It’s literally getting them high.

We’ve all known people in our lives who are addicted to drama in this way. If you’ve never known any, that’s because it’s you. Some people just don’t know how to feel okay inside without regular fixes of that neurochemical hit. It doesn’t necessarily make them bad people, but it definitely makes them unpleasant to be around.

I avoid sectarian infighting partly because it’s a huge waste of energy and attention that I could be spending creating useful content, but also because at the center of it, wherever it occurs, you’ll always find drama addicts. There is simply nothing to be gained by engaging such individuals, because while they’ll pretend their concern is with correcting a dangerous policy or treasonous influencers or whatever, their actual unconscious concern is with getting high. It’s impossible to have a meaningful conversation with someone who’s completely uninterested in having a meaningful discussion and is actually only seeking a neurochemical fix.

People who aren’t addicted to drama do not engage in this behavior. They don’t bow to the vampirous drama queenery of “call-out culture”, which mandates that energy remain bogged down in endless lateral-punching and fragmentation instead of up-punching at the real enemy. If there’s a group that isn’t what they like, they just don’t join it. They take their energy elsewhere and do their own thing.

This allows for a far more efficient use of revolutionary energy, but it means standing as an individual. It means not being married to any clique, organization or ideological group and standing as a revolutionary free agent. It’s more intimidating than plugging yourself into the groupthink of a particular faction and fighting from there, because it means taking sole responsibility for the ideas in your head and the things you put out into the world. But it frees you up from the choice of either (A) accepting immersion into a tribe that will necessarily be far from perfect or (B) wasting your energy trying to make that tribe perfect.

Be brave enough to stand on your own two feet. If you see an organization or initiative which is doing something you support in a given moment, then give it your energy in that specific moment. And then take it and move it to the next thing.

Decentralization is where it’s at anyway. Putting all our revolutionary eggs into one revolutionary basket will with 100 percent certainty guarantee that the establishment will focus all its firepower on undermining that basket with smear campaigns, censorship, infiltration and sabotage, so the more we can attack the machine as individuals the better. We can still converge together on the same issues at the same time where appropriate, but if we’re not chained together we’re much harder to undermine.

If you’re standing in your own sovereignty on your own two feet, you’ve got no investment in whether this or that activist or political group is doing things right. All you’re doing is watching for opportunities to strike the head of the beast with as much force as possible.

President Trump has yet again advanced an evil longstanding agenda of America’s depraved intelligence and defense agencies, so as usual…

699 people are talking about this

Standing as an individual also frees you up to make clear distinctions. I never waste my energy policing other small time dissident alternative media figures, for example, but I have been aggressively attacking the propaganda construct known as QAnon. Q acolytes get upset, telling me that they’re on my side and they want the same things as me, but using my own discernment I can see that that’s not true. Ask any real Assange supporter what they want and they’ll tell you they desire his unconditional freedom; ask a QAnon cultist what they want and they’ll say they want him to remain imprisoned until the Trump administration can force him to testify that Seth Rich was the source of the DNC emails, or that Assange isn’t imprisoned at all. Unlike other political dissidents and activist groups that I might simply disagree with from time to time, QAnon is very much a part of the same oppression machine that I am attacking.

0 thoughts on “Some Thoughts On Sectarian Infighting In Activist Circles”