HOME / SOCIAL/CULTURAL / Reminder: The US Empire Tortures Journalists And Whistleblowers 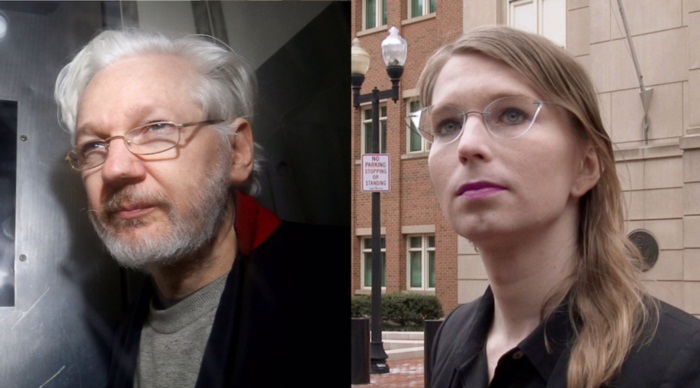 Julian Assange’s partner Stella Moris was able to visit him with their children at Belmarsh prison for the first time since March of this year, and reports that his physical condition has deteriorated noticeably since that time.

“He was wearing a yellow armband to indicate his level of prisoner status, and you could see how thin his arms were,” Moris told the PA news agency.

“Moris said her partner is still suffering from a frozen shoulder, and had recently sprained his ankle,” PA reports.

This additional physical pain is just one more piece of information on top of the mountain of evidence we already had that the United States and United Kingdom are torturing a journalist who exposed US war crimes.

It has already been established by UN Special Rapporteur on torture Nils Melzer that Assange has for years been suffering from psychological torture at the hands of the tight empire-like network of allies that is loosely centralized around the United States. It has already been established by scores of medical doctors and later backed by many more that Assange has a well-documented “history of denial of access to health care and prolonged psychological torture,” adding, “Should Assange die in a UK prison, as the UN Special Rapporteur on Torture has warned, he will effectively have been tortured to death.”

The fact that Assange’s condition has reportedly continued to deteriorate while his suffering has continued to escalate is just a continuation along an already established trajectory of publicly brutalizing a journalist for revealing US war crimes.

And make no mistake, that is the sole reason for Assange’s persecution. The US extradition charges relate to basic journalistic activities and source protection between Assange and whistleblower Chelsea Manning a decade ago, in which leaks which exposed US war crimes were published.

Manning for her own part has also been tortured at the hands of the same brutal authoritarian regime because of the same truthful publications about its misdeeds. United Nations Special Rapporteur on torture Juan E. Mendez stated unequivocally that Manning’s treatment was “cruel, inhuman and degrading,” and 295 legal scholars signed a letter declaring that she was “detained under degrading and inhumane conditions that are illegal and immoral.”

“I conclude that the 11 months under conditions of solitary confinement (regardless of the name given to [her] regime by the prison authorities) constitutes at a minimum cruel, inhuman and degrading treatment in violation of article 16 of the convention against torture,” Mendez reported in 2012.

Since her abuse at the hands of US government, Manning has repeatedly attempted suicide, including once after she was cruelly re-incarcerated for refusing to testify at a secret grand jury against WikiLeaks.

In his own words: #JulianAssange on the power of the #Media. pic.twitter.com/sGdsmqIRy1

It should enrage us all that governments keep secrets from us about evil things they do. This by itself is wholly illegitimate, and Julian Assange realized this, which is why he started WikiLeaks in the first place. Add on the fact that not only do they keep secrets from us but actively imprison and torture people who try to bring those secrets out to the public where they belong, and our rage should be shaking the earth right now.

“The ultimate purpose of Assange’s treatment is a warning to others. Particularly other journalists. It’s the modern day equivalent of crucifixion, putting heads of enemies on spikes, or public hangings. The torture of Assange involves two main areas: being confined to three rooms in a single building for 7 years, and unable to leave without fear of arrest and extradition to Sweden which was playing an underhand role to allow Assange to be extradited to the US. As the UN rapporteur on torture Nils Melzer wrote that never in the two decades he had spent investigating war crimes had he ever seen such a ganging up of so many powerful nations against one individual. It is a testament to Assange’s mental strength that he resisted at all.

Our governments should be too afraid of us to hide ugly truths from our view. Instead what we have is the exact opposite: our governments have us afraid of trying to find out about those truths because they smear and brutally punish anyone who tries. This is gravely disordered, and it cannot stand.

London protests against Assange’s extradition are set to begin when his hearing resumes on September 7th. Stella Moris has a crowdfunding campaign for Assange’s legal case which has been endorsed by the WikiLeaks team; you can donate by clicking here.

The protest against Julian Assange's extradition in front of the court in London starts on September 7th. Details: https://t.co/mMlC8FvOzu pic.twitter.com/46YUR4clDb

0 thoughts on “Reminder: The US Empire Tortures Journalists And Whistleblowers”