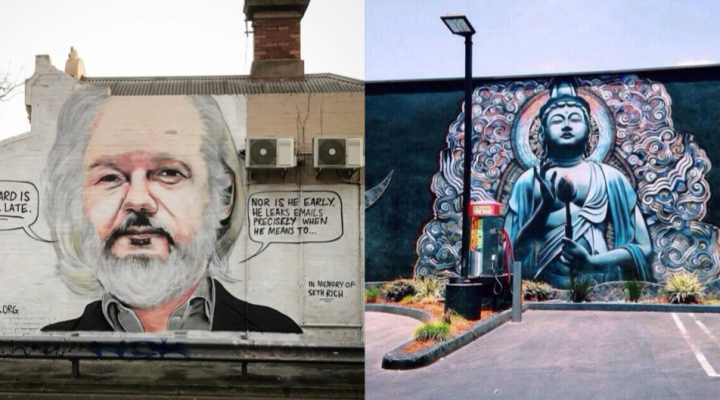 The fight to liberate humanity from oppression, exploitation, butchery and madness is really a fight to expand consciousness.

The existential threats our species now faces are ultimately due to the fact that powerful people advance omnicidal, ecocidal, oppressive, violent and exploitative agendas behind veils of secrecy and propaganda distortion. They do evil things while deliberately keeping people unconscious of those evil things, so that the people will not use the power of their numbers to stop them.

The people do not use the power of their numbers to force a change into a healthy paradigm which puts human interests first because their perception of the world is aggressively manipulated by power structures who have a vested interest in keeping that from happening. Wealth and power are kept in the hands of elites and their underlings by propagandizing people into believing the current status quo is the only way things can be. War agendas are consented to because people are propagandized into believing this or that boogie man poses some imminent threat and needs to be eliminated. Surveillance, censorship, government secrecy and police militarization are tolerated because people are manipulated into believing they need these things.

And so on. In all cases, the key carrying agent for all of these toxic agendas is unconsciousness. If people were conscious of the real nature of these agendas and how badly they’re being robbed in order to advance them, they would refuse to consent to them and force them to stop. So they are kept unconscious of their reality by perceptual manipulation like propaganda, government opacity, internet censorship, and the war on adversarial journalism.

The fight against these malignant power structures is therefore a fight to increase public awareness of their toxic agendas, and of the perceptual manipulation tactics which are being used to prevent that awareness from being spread. It’s a fight to expand collective human consciousness of what’s really going on in the world.

Generally speaking, humans are confused about the nature of experience and their thoughts and actions are largely governed by unconscious conditioning patterns. Rather than experiencing life as it actually shows up, we tend to experience it through layers of mental narratives about what’s really going on which distort our ability to experience things lucidly.

Becoming conscious of your inner world brings clarity to your internal dynamics in exactly the same way that becoming conscious of your external world brings clarity to world dynamics: you are able to see what’s really happening. This can take the form of realizing unhelpful thought patterns in yourself which had been subconsciously running on autopilot your whole life, or unhelpful beliefs about yourself that you formed in early childhood and came to take for granted.

If you take the inward expansion of consciousness even further, you can come to see that the thing you’ve always thought of as “you” is actually a misperception based on a faulty assumption about the nature of experience, and your true self is more accurately described as a boundless field of space-like awareness to which no mental narratives can apply. But you need to become fully conscious of the fact that this is what’s really happening before it — and the peace and lucidity which comes with it — can be your lived experience.

How To Wake Up

"I’ve been putting off writing this article all year, but readers keep asking for it, and since I’ve been writing about mass enlightenment a lot lately I figure I might as well slip it in now."#enlightenment #spiritualityhttps://t.co/gmxHh267LX

"I talk about the power of self-enquiry a fair bit in my musings about enlightenment and human consciousness, so I thought it might be good to tap out a how-to on the subject in case anyone finds it useful"https://t.co/lk8QfbOP7o

The inward and outward expansions of consciousness exist on the same continuum, and neither is more important or more valuable than the other. People who are more interested in politics and government might see the exploration of the inner dimensions as airy fairy bullshit, and people who are more interested in spirituality and enlightenment might see the exploration of international power dynamics as deluded nonsense for muggles.

But objectively they hold the same value. Someone engaged in relentlessly honest self-enquiry is doing something that is just as valuable as someone who is engaged in investigative journalism. Going to therapy and having transformative personal breakthroughs is as valuable as making a viral video exposing the reality of police brutality. All expand consciousness, so all are facilitating the revolution.

In this particular sense, there’s no fundamental difference between someone like Julian Assange and someone like Eckhart Tolle. You might object that one of these men is in prison and the other is enjoying what appears to be a fairly cushy and unmolested life, but there’s a reason for that: our rulers don’t understand just how threatening the expansion of inner consciousness is to their empire. If they did, old Eckhart would be rotting in a prison cell just like Julian.

Sociopaths don’t understand the inner dimensions. They don’t really have the cognitive software for it. They have an acute understanding of how to manipulate language and information in order to get what they want, but the notion of honest introspection with the goal of truth for truth’s sake is wholly alien for them. Someone who sees the world as a field of potential assets to be exploited will never think to look inside themselves and consider how they might be misinterpreting reality, but they will see attempts to interfere with their toxic agendas in the world as direct threats to their ability to get what they want. Which is why Julian Assange is in prison and Eckhart Tolle is not.

This inability to perceive the other half of the revolution will be their undoing. It is our ace in the hole.

Because it turns out that expanding one’s consciousness inwardly greatly enhances one’s ability to expand consciousness outwardly. Once you succeed in loosening the grip of mental narrative upon your experience, you become much more difficult to propagandize and much more adept at noticing narrative manipulation. Propaganda relies on people buying into their narratives, as well as fear and greed, to effectively manipulate public perception. Someone who is inwardly very lucid will have none of these hooks, and will have a much easier time becoming conscious of the outer world if they choose to do so.

For this reason, the most effective rebels in this revolution engage in both inner work and in outer work. They fight the revolution on both fronts, which instead of dividing their effectiveness actually makes them more effective at both. Honoring the reality of both humanity’s inward and outward adventures helps bring clarity to each of them.

The sociopaths who rule our society are only capable of fighting us on one front, while we appear to be gaining ground on the other. The phenomenon commonly known as spiritual enlightenment appears to be becoming more and more common (Tolle again repeated his belief that this is the case in a recent interview with Russell Brand), and if you’re paying attention you’ll see other unusual phenomena emerging in the collective consciousness as well. Consciousness is rapidly expanding of economic injustice, racial injustice, police militarization etc, and we can expect it to keep expanding into other dynamics in the same way.

The lights are turning on everywhere, more and more abusive and unwholesome dynamics are being brought into consciousness around the world, and it’s only a matter of time before we collectively cough up the whole disgusting furball and move together into a healthy and harmonious world.

My work is entirely reader-supported, so if you enjoyed this piece please consider sharing it around, liking me on Facebook, following my antics on Twitter, checking out my podcast on either Youtube, soundcloud, Apple podcasts or Spotify, following me on Steemit, throwing some money into my tip jar on Patreon or Paypal