HOME / SOCIAL/CULTURAL / Quarantine Meditations: Notes From The Edge Of The Narrative Matrix 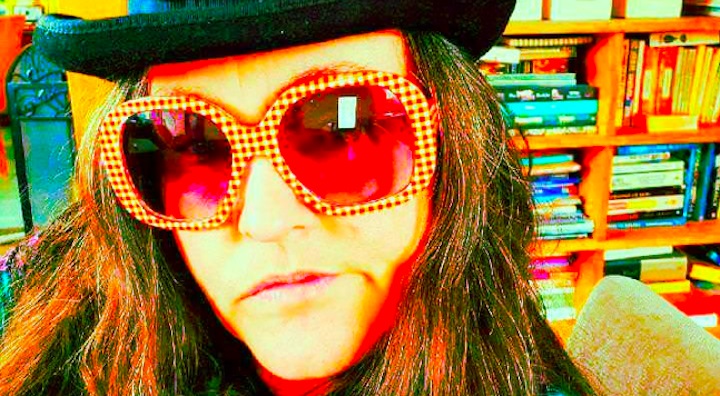 The world is messed up because powerful people think in terms of narrative control, and ordinary people don’t. Change that and you change the world.

Hot tip: Dump all stocks and invest in becoming the kind of decent human being who people will want to help in chaotic times.

FYI if your government is pushing the suspension of civil liberties before coming up with a healthcare plan or providing you with financial security in an unprecedented economic crisis, then their desire to suspend civil liberties has nothing to do with fighting the pandemic.

Protecting the citizenry in situations like this is the thing governments are supposed to be for. It’s the single most compelling argument for their existence, by a very wide margin. Any government which doesn’t take good care of its people right now does not deserve to exist.

If this virus hasn’t yet caused you to seriously re-evaluate your priorities in life, it should. For better or worse we appear to be standing on the brink of some very significant worldwide paradigm shifts. Where you choose to put your mental energy right now should reflect this.

Powerful people will work to advance authoritarian agendas which they have no intention of reversing during this pandemic. They are working on it right now. This is not a possibility, this is a certainty.

I love that so many people are pleading with the Trump administration to end Iran sanctions during the pandemic because it’s killing civilians, but it won’t work. They know it’s killing civilians, and they know it will kill a lot more. That has always been the objective. Pompeo has openly admitted that Iran is being sanctioned no so that its government will change its behavior, but so that the Iranian people will get so desperate from all the suffering and devastation that they rise up and overthrow their government.

Sanctions are the only form of warfare where it is considered legal and acceptable to deliberately target a civilian population with deadly force. That’s what they’ve been doing this whole time. It’s what they want. The pandemic only helps them.

Every single Iranian who is dying because of these sanctions is on Trump. The MAGA narrative that he’s better on war than Obama has been thoroughly invalidated by every metric.

Humanity is uniting against this common crisis. We’re uniting in our desire to beat this virus and protect our more vulnerable populations, and in a shared awareness that this thing could technically kill any of us. If ever there was a catalyst for a shift in consciousness, this is it.

We appear to be watching a confluence of factors on a trajectory to push the world toward vast changes which may leave it unrecognizable in some ways within a matter of months. Maybe we don’t need to pour as much mental energy as we used to into sectarian infighting and petty social media spats.

Nothing’s the same and it never will be again. Fuck seizing the means of production. Seize this moment. Take back everything they took from us and refuse to give it back.

Also seize the means of production because you can and why not.

Every time there’s a major mainstream narrative shift half my mentions are people going “Caitlin I’m so disappointed in you for saying something I disagree with. Normally I agree with you but now here you are not agreeing with me, like you’re an independent person or something.”

Imagine being such a bleating, brainwashed NPC cuck that you believe China is your enemy.

The nation that is circling the planet with hundreds of military bases and engaging in countless undeclared military operations around the world is the belligerent rogue nation. Everyone else is, at worst, acting in self-defense in response to this belligerence.

Governments using force to dominate the planet put every human being on a trajectory toward extinction via nuclear armageddon, and should be vehemently opposed. One government is the worst offender in this area, by a very, very, very wide margin. And it ain’t China.

“Caitlin I normally agree with you, but I don’t know what’s gotten into you supporting Evil Nation X like this!” they say, firmly believing that they’re doing something original and unique.

“This Official Bad Guy is different from all the others, Caitlin!” they say. “This one’s real!” It’s like listening to a serial loser-dater explain that her new boyfriend with the neck tattoo is actually a really great guy.

I oppose warmongering against Venezuela and China and they say it’s because I love communism.

I oppose warmongering against Iran and they say it’s because I love theocracy.

I oppose warmongering against Russia and Syria and they say it’s because I love autocracy.

The only reason people don’t worry about cold war escalations against China and Russia like they do about hot wars with non-nuclear powers is because we got lucky in the last cold war. But that’s all it was: sheer, dumb luck. No one was ever in control during that time. Not once.

Nobody likes to think about the fact that we came within a hair’s breadth of total annihilation on multiple occasions during the last cold war due to communication breakdowns and tech malfunctions. That can easily happen again, but without getting lucky. People have a tendency to believe they succeeded because they were in control and lost because they lost control, but nobody was ever in control. We survived by sheer, dumb luck.

With hot wars they take a few lives here, a few lives there. With cold war it’s an all-or-nothing dice roll that nothing goes wrong; no tech glitches, no miscommunications, even when things get very tense. And you roll those dice every single day. And with every escalation you add more dice.

All arguments the US government makes against any “regime” it dislikes are completely invalidated by its alliance with Saudi Arabia alone, to say nothing of all the other tyrannical governments it’s allied with.

Everything’s been in a steadily accelerating pattern of unpatterning for a good while now, since well before the virus. There are people who think they’ll be able to shore up control through this thing, but you have no control in a tornado. Nature, which includes homo sapiens, wins out.

My work is entirely reader-supported, so if you enjoyed this piece please consider sharing it around, liking me on Facebook, following my antics onTwitter, checking out my podcast on either Youtube, soundcloud, Apple podcasts or Spotify, following me on Steemit, throwing some money into my

0 thoughts on “Quarantine Meditations: Notes From The Edge Of The Narrative Matrix”