HOME / Multimedia / Propagandists Cry About Bernie’s Online Base Because It’s Effective, Not Because It’s Mean 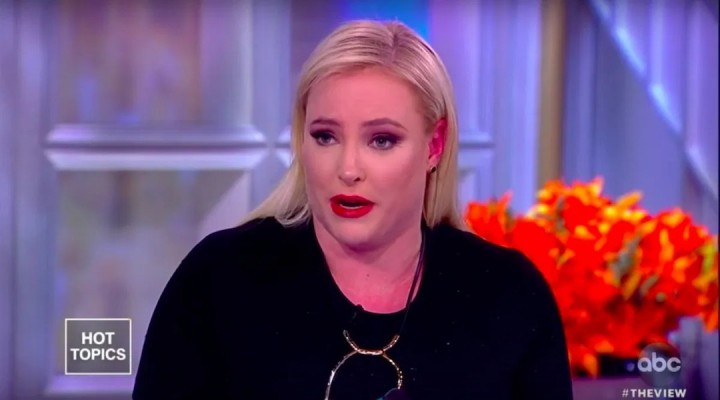 Sometimes it feels like the only news stories over the last five years have been about mean tweets. Trump’s mean tweets, Sanders supporters’ mean tweets; some days it’s all the headlines ever want to talk about. You’d hardly know humanity is on the precipice of extinction on multiple fronts.

If you are the sort of person who believed that the “Bernie Bro” talking point would vanish after statistics showed the narrative of Sanders’ base consisting mostly of entitled white men to be completely false, then you are probably the sort of person who is often wrong about things. Whether the headlines are about an MSNBC host comparing Berners on Twitter to literal Nazi brown shirts, Meghan McCain bashing Sanders and then calling his supporters “nasty and cruel” for responding, or a Nevada culinary union dishonestly smearing Sanders on healthcare and then shrieking about being “viciously attacked” by online criticism, this garment rending over angry Bernie Bros remains more popular than ever.

Why are Bernie supporters so nasty on twitter? Why is this such a thing. NO OTHER CANDIDATE has such nasty and cruel supporters online?! https://t.co/vsKr7V0vMz

Which, as we’ve discussed previously, is ridiculous. Acting like a few angry social media comments are in any way an inappropriate response to a millionaire narrative manager passive-aggressively sabotaging people’s attempts to fight crushing domestic austerity and create a working healthcare system for themselves is cartoonish drama queenery, and anyone who does this should be mocked by the entire world.

The Elizabeth Warren-supporting writer Sam Adler-Bell–a much less powerful player than the wealthy corporate media pundits who are seen on TV by millions every day–shared his experience with incurring the wrath of Sanders supporters on Twitter.

“Thanks to my squishy ‘be nice to Warren’ takes, I’ve experienced a lot of the storied online Bernie Bro attacks,” Adler-Bell tweeted. “And you know what? Not that bad. Pretty normal stuff. Small faction. I mute and move on. Maybe not a national headline that should last 4+ years.”

The popular explanation for these absurd establishment conniptions over the insolent common folk daring to talk back to their masters is that it’s being used to smear Sanders, and of course that’s true; Sanders is consistently attacked for having rude supporters. A more detailed understanding is that it’s also due to a media class whose ivory towers previously insulated them from the reactions of the riff raff being unable to handle a new paradigm where op-eds receive digital comments from an energized populist political faction, and that’s obviously true as well.

But the primary reason the establishment narrative managers are becoming increasingly shrill about the online behavior of Sanders supporters runs much deeper: they’re afraid of it because it’s effective.

I’ve been writing for a long time about the possibility of a grassroots information rebellion in which ordinary people use new media in sufficient numbers to actually seize control of important dominant narratives, and, at least within the limited scope of Sanders’ presidential campaign, we’re seeing an actual model for what such an insurgency might look like. In their endless freeform improvisation on social media, Berners have demonstrated the ability to unearth information and launch it into virality, to collectively send hashtags to the top of Twitter’s trending list like #ILikeBernie, #BloombergIsRacist and #WarrenIsASnake, and to meme top presidential campaigns like that of Kamala Harris completely out of existence.

Centrist elitists are fond of saying “Twitter isn’t real life”, meaning the dominant views you’ll see on social media aren’t necessarily reflective of the broader public, and of course that’s true. But clearly Twitter, like any other large and influential media platform, is able to help shape narratives which affect real life. The difference is that unlike other forms of billionaire-owned media, Twitter allows for the possibility of a grassroots campaign by the people to influence those narratives.

Even if you’re not a Sanders supporter I highly recommend keeping tabs on his online base, because it’s a force that is truly something to behold. And also because it sets an example of something that could change the world, if people could just figure out a way to expand their grassroots information rebellion beyond the scope of a single candidate’s presidential campaign.

And that’s the real reason the imperial narrative managers are so freaked out about it. Not because anyone is being “viciously attacked”, but because they understand that narrative control is power. The people collectively seizing control of the dominant narratives within the empire is the stuff of oligarchic nightmares, because whoever controls the narrative controls the world.

Power is the ability to control what happens. Absolute power is controlling what people think about what happens.Humans are story-oriented creatures, so if you can control the stories that the humans are telling about what’s going on, you can control those humans. Any adept manipulator understands this. So they understand that the people taking control of dominant narratives is a direct threat to their rule.

The oligarchs who control the US-centralized empire would literally kill for such a large and highly energized collective advancing pro-establishment narratives of their own free will, but they know they can’t get one because the status quo offers ordinary people nothing to get excited about. They can only obtain narrative control by purchasing it, whether it’s by advertising, buying up media outlets, funding think tanks, or paying online influencers like Mike Bloomberg.

You can’t buy grassroots energy. Oligarchs find this endlessly frustrating, like an insecure Wall Street executive who can buy anything in the world besides a large penis. They’ve tried to emulate it, as with the so-called “Resistance” astroturf campaign designed to harness the energy of the 2016 Sanders run and corrall it into support for the Democratic establishment against Trump, but it falls flat without any shiny, attractive thing to positively push toward. So since they can’t replicate grassroots energy they do the next best thing: they attack it.

That’s all you’re ever seeing when imperial narrative managers try to disparage and discredit Berners online. They’re doing the exact same thing they’ve been doing with alternative media and RT: attacking a source of unauthorized narratives because they are unable to control it.

As I said from the very beginning, Sanders’ 2020 campaign is much more interesting as a movement than as a presidential candidacy. If Sanders manages to get in he’ll push for a few changes which will be ferociously opposed every step of the way by existing power structures, and some mild reforms will end up taking place. If the people figure out how to use the power they tapped into during his campaign to take control of dominant narratives, they can actually transform the world.

So let the narrative managers educate you with their fake tears. They are informing you of your power. Use it to wisely. Use it to birth a healthy world into existence.