HOME / SOCIAL/CULTURAL / Patriotism Is Bullshit, And Other Notes From The Edge Of The Narrative Matrix 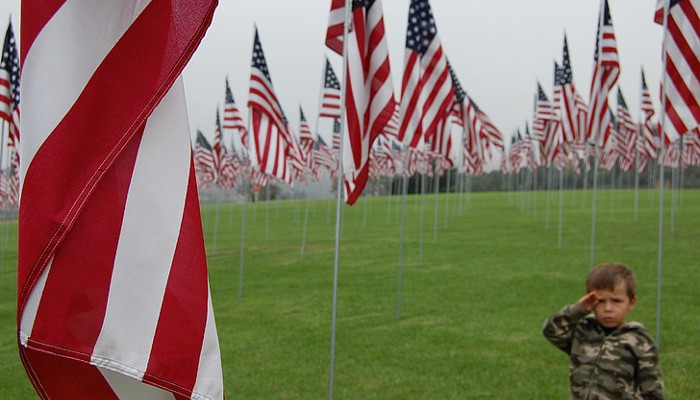 It is 2021. The Biden administration has launched a full-scale invasion of Syria and the US and Russia are at a nuclear standoff unseen since the Cuban missile crisis. All top Twitter trends relate to the widespread debate over whether or not Sesame Street is guilty of kink shaming.

A vote for Kanye is a vote for Trump.

A vote for the Green Party is a vote for Trump.

A vote for no one is a vote for Trump.

A vote for Joe Biden is a vote for Trump.

Everything is a vote for Trump.

Trump is all there is.

There is no escape.

Leaving aside the infantile silliness of “patriotism” and all the toxic agendas that it is used to advance, it’s also an inherently nonsensical concept. It’s impossible to be patriotic when you live in a large and disparate nation you can’t possibly have formed a real personal relationship with. Saying you “love” your country is as silly and meaningless as saying everyone in the world is your best friend.

You don’t love your country, you just feel feelings for a loose cluster of symbols you’ve been trained to equate with a nation. You look at a flag and listen to a country music song and feel feels, and you call that patriotism. But it’s got nothing to do with your actual country.

If you consider yourself an anti-authoritarian but don’t prioritize opposition to the government which has circled the planet with hundreds of military bases and destroys any nation which disobeys it, then you’re not anti-authoritarian, you’re just another tool of authority.

If you have a special hatred for the Chinese government, it’s only because you’ve been manipulated into doing so by longstanding and pervasive propaganda campaigns. If you are an intellectually honest person, you can very quickly and easily prove yourself wrong about whatever narrative you’re worked up about with a little independent research.

The only time right wingers pretend to give a shit about Muslim rights is when they’re circulating imperialist propaganda about China.

Manipulation is a necessary component in long-term abusive relationships, because people don’t tend to stay in abusive situations unless they’re manipulated into it. This is true whether you’re talking about significant others or globe-spanning power structures.

It’s such a trip how opposition to mass-scale murder and oppression is the single most self-evidently correct position anyone could possibly take, yet so few take that position in a clear and unequivocal way. The reason is of course generations of propaganda brainwashing.

Dissident voices and political activists who put a lot of energy into sectarian infighting are really just admitting they don’t care all that much about fighting real power and have always been in it for the drama and ego candy.

Silicon Valley tech oligarchs are not less dangerous than the racists and assholes that liberals and leftists are begging them to censor.

The main thing billionaires get out of having a space program is a narrative management op which helps market their insane economic doctrine of infinite growth on a finite planet; it doesn’t matter what the billionaire class does to our home because we can all just move to space. They have to know on some level that their stated goals for space won’t actually happen before their economic doctrine turns our planet into toxic landfill, but they need to spin the idea of space colonization or we’d stop their rapacious expansionism.

Jeff Bezos has come right out and said that his space program is geared toward eventually shipping the overwhelming majority of humans offworld to live in giant space cylinders. Really he just wants to continue his unlimited expansionism, but still. Gross.

Liberals who’ve spent years saying the US government has been infiltrated at the highest levels by an elaborate conspiracy by the Kremlin have no business criticizing QAnon. Russiagaters and QAnoners are the exact same amount of stupid.

There are two types of spirituality, and they are night-and-day different. One aims to discover what’s true in one’s own experience, the other gives you new narratives and teaches you to anesthetize yourself from the unpleasant. 99% of spirituality falls into the latter category.

Rigorously investigate the nature of consciousness and self, not with your thinky talky mind or ideas other people have shared, but with your own nonconceptual experience. What you discover will astonish and delight you.

I remember cartoonist Robert Crumb saying his work is the result of a strange acid trip he once took after which his illustrating felt like he was coughing up all the ugly shit from America’s collective unconscious. Now it feels like that’s what America itself is doing.

The only reason anything ever changes for the better is because of an expansion of consciousness. Awareness spreads of the evils of slavery, the injustice of racial and sexual inequality etc, and then things change. In each case there are forces promoting that expansion, and forces opposing it.

That’s all we’re ever fighting to accomplish here: expanding awareness in individuals and in the collective beyond the barriers of propaganda and status quo normalization to carry the true nature of important issues from unconsciousness to consciousness.

People don’t change their behavior patterns because they’re told to or because they spontaneously decide to, they do it when the unconscious forces which have been compelling those behavior patterns move into consciousness (which is why inner work is so important for recovering addicts). This is true of the collective, too.

0 thoughts on “Patriotism Is Bullshit, And Other Notes From The Edge Of The Narrative Matrix”