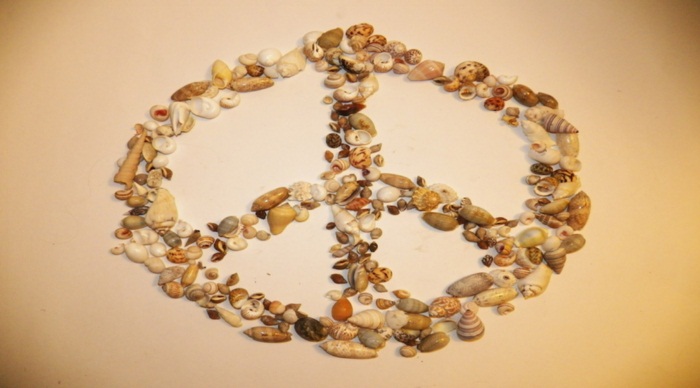 Perhaps the most significant of the many weak points in human cognition is our persistent tendency to overlook the absences of things. To notice what’s there but not what isn’t there.

A mother can spend years on end disappearing problems and cleaning up messes without receiving a drop of real gratitude, but the instant the laundry baskets are spilling over or the sink is full of dishes she’s going to get an earful from someone.

A politician who does their job well, remains without scandals or malfeasance and eliminates problems before they become an issue will not make news headlines.

Make something beautiful and post it online and a hundred positive comments can be eclipsed in your attention by a single mean spirited one.

We rarely appreciate how wonderful and miraculous it is for all our cells, systems and organs to be working in perfect harmony, but as soon as we get sick our health moves to the forefront of our attention.

We get so hung up on our little quibbles with life that we look past how intrinsically blissful it is to be alive.

It’s not hard to guess why our evolutionary heritage would have given us such a heavy cognitive bias toward things over their absence. If you are an organism in a prehistoric world full of saber-toothed monsters that see you as nothing but an easy source of calories, your primary concern is going to be scanning your environment and watching for anything out of the ordinary. The absence of any immediate problems doesn’t mean you get to relax; the ones who do are next up for dinner.

Our brains evolved in that environment, and they’ve left us with a vestigial bias that is ill-suited for modern life. We are rarely being actively preyed upon, and hyper-vigilance is hardly ever a necessary posture for us to take.

So now we tend to spend a lot of mental energy stressing ourselves out for no good reason. We clawed our way up the food chain, became the planet’s dominant life form, and now we spend our time inventing ways to make ourselves miserable.

The craziest and most destructive way we do this is with war, which is made possible by this same weird cognitive bias toward form over emptiness.

Because peace isn’t a thing, it doesn’t tend to show up on people’s radar as a glaringly important state of affairs that we must work diligently to preserve with all our might. It gets overlooked, in the same way our natural state of inner peace gets overlooked when we’re not making up things to upset ourselves with.

What gets our attention in this arena is conflict. An evil dictator who must be stopped at all costs. A rogue regime which poses a direct threat to you and your countrymen. Terrorists who hate you for your freedom. A nigh-omnipotent foreign government who can change your nation’s election results at will.

Our planet is dominated by a sprawling empire-like group of nations that is held together by endless military violence. When this empire needs more war, all it needs to do is craft another thing for the mind of the public to fixate on. It doesn’t need to be much. It doesn’t even need to be true. It just needs to be a thing, so that people’s minds can fixate on it and set themselves up in conflict with it. As soon as that happens, consent has been manufactured.

And then you’ve got your war. One more to add to the pile. And because there is no solid, tangible thing called peace for it to be compared to, it just becomes a part of the new normal instead of standing out like the grossly unnatural and horrific thing that it is. People just look at the things that are happening and make comments about their nature, while overlooking peace as the natural default condition that must be returned to as quickly as possible.

As long as we are biased toward form over emptiness, those who wage war will have an unfair advantage over those who wage peace. As long as profit and power are facilitated by war, those who seek profit and power will continue to use war to obtain those things. They will will never be satisfied, so they will never stop of their own volition; they can only be stopped by a mass movement of ordinary people who desire peace.

And so, as with so very much else, this all comes down to the need for a transformation in human consciousness. A movement away from our wildly imbalanced perception into one which includes both form and emptiness, both things and their absence. A movement in which we are all awake to the boundless spaciousness upon which our conscious experience is painted.

Such a shift would look the same as what has been described in various traditions as enlightenment, awakening, or self-realization. Traditions all around the world have been assuring us throughout history that such a shift is possible. If such a shift is possible for an individual, it is technically possible for the collective. Like other adaptations that have been made by other organisms during times of great change, it’s just a matter of that potentiality unlocking in us on a mass scale.

I talk a lot about the need for activism and fighting establishment propaganda, but when I really let myself speak honestly about what we’re going to need in order to overcome the existential hurdles we now face as a species, what’s actually required is a mass-scale awakening of emptiness consciousness. It’s simply the only way we’re ever going to be able to create peace and harmony in our world.

So yes, if you are a lover of peace, engage in peace activism. Yes, by all means fight war propaganda. But if you really want peace in our world the most helpful thing you can do is find the peace within yourself. The peace that has always been there. The peace that is there even now, beneath the field of consciousness in which you are reading these words.

This new perception isn’t difficult to awaken to. You just have to want it more than you want to cling to your old way of looking at things. Get curious about how your experience is actually happening underneath your mental narratives about how it’s happening, look closely at the nature of self and consciousness without accepting conceptual answers, and your true nature will reveal itself to you.

It’s a far more easy, natural and comfortable way of perceiving, and when you stop overlooking it you’ll marvel at how you ever managed to miss it in the first place. Peace is the natural, default state, both for the world and for yourself. It’s just a matter of finding the ways in which you take yourself out of it.

The real movement toward peace is the movement to a collective awakening. Be a part of that movement.

0 thoughts on “Meditations On Peace”