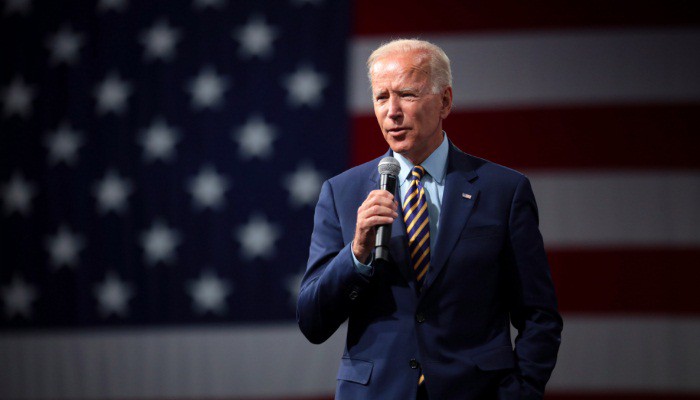 People who dislike Trump are often reluctant to talk about this, but it looks likely that a Biden administration would be more warlike than its predecessor.

In a recent interview with US Department of Defense newspaper Stars and Stripes, Democratic presidential nominee Joe Biden said it’s important to keep troops in the Middle East to fight terrorism, and that it’s likely that America’s bloated military budget will not only remain at its current size but may actually increase under his presidency due to the need to focus on “near peer” threats like China and Russia.

This is not a deviation in messaging from Biden and his crack team of beltway string-pullers, but a continuation of already established patterns. His campaign has been consistently out-hawking Trump on foreign policy by attacking him for insufficient aggression toward Venezuela, China, North Korea, Syria, Cuba, and of course Russia, as well as criticizing Trump for not acting like a “wartime president”.

In a July interview with Biden foreign policy advisor Anthony Blinken, The Wall Street Journal’s Walter Russell Mead was told of the campaign’s plan to “tame China, Russia and woke Democrats” using “Cold War-era Democratic policy”, including “a liberal multilateralism — supplemented when absolutely necessary by the American military and a willingness to use it.”

“While China’s rise and Russia’s turn to the dark side complicate foreign policy, the ideas and institutions of the liberal internationalist order are failing not because the world is fundamentally changing but because the global liberal system has been starved of a critical ingredient in the Trump years: American support,” Mead writes.

Again, these are the positions that Biden Incorporated is campaigning on. Because war is a horrific evil which people naturally abhor, US presidents reliably campaign as doves and govern as hawks; Trump did it, Obama did it, even Bush did it. Biden has paid occasional lip service to the need to end the “forever wars”, including in the aforementioned Stars and Stripes interview, but overall he’s been campaigning for his first term far closer to the militaristic end of the spectrum than any president in recent memory.

This to me spells trouble, and I’m not the only one.

In a Jacobin article titled “Expect More Military ‘Liberal Interventionism’ Under a Joe Biden Presidency”, Derek Davidson and Alex Thurston write that “The liberal establishment is desperate to return a centrist to the White House in November and reestablish the country’s more stable military dominance of the world order, disrupted only briefly by Donald Trump. Joe Biden’s terrible track record on foreign policy — including his championing of war in Iraq — suggests a return to Obama-style strong military interventions abroad.”

In a Japan Times article titled “On foreign policy, Biden is worse than Trump”, Ted Rall contrasts Trump’s relatively dovish campaign trail promises to “stop racing to topple foreign regimes that we know nothing about, that we shouldn’t be involved with” against Biden’s consistent attempts to out-hawk the sitting president, noting Biden’s horrible track record on Iraq, Afghanistan, Serbia and all Obama’s wars.

But overall Biden’s extensively documented love of war isn’t something people generally want to think about if they despise the current president. Indeed Trump has been a horrible warmonger in his own right, and it’s hard to imagine how Biden couldn’t be at least a slight improvement in some tense areas like Iran and Yemen, to say nothing of his spectacular faceplants and authoritarian abuses at home.

Still it’s hard to look at all the sabre rattling Biden and his team of ventriloquists have been doing on the campaign trail without getting the distinct impression that some major international escalations are being planned.

The liberal establishment is desperate to return a centrist to the White House in November. And Joe Biden’s terrible track record on foreign policy—including his championing of war in Iraq—suggests a return to Obama-style military interventions abroad. https://t.co/3wsIiaRPiX

I don’t point this out to tell Americans to vote for Trump in November; Trump is a ghoul and I’m not going to tell people not to do what they think they need to do in response to his presence. Indeed if wars are planned it seems entirely likely that they will happen regardless of what oligarchic puppet happens to be sitting in the Oval Office after January 20th, just like the escalations that were scheduled to begin against Russia under Hillary Clinton ended up getting rolled out anyway under Trump despite his vocal opposition to them. The war pigs are doubtless planning for any contingency, and it’s very possible they can get around any inertia Trump’s befuddled orneriness might throw in their way.

I mainly point this out to say that wars are planned, and we should plan accordingly. The fact that there’s a nominee spouting hawkish vitriol for one of America’s two oligarchic parties is more a symptom of these preexisting oligarchic agendas than an organically arising phenomenon, so those who love peace and oppose warmongering and world-threatening nuclear escalations should be ready to stand against something very ugly in the near future.

In an even remotely sane world, war would be something everyone avoids with all their might and uses only as a very last resort. In a world that is dominated by an empire driven by the agenda of unipolar hegemony, wars are sought and planned for as an end in themselves, and excuses are invented to get into them.

War is the single most crazy and self-destructive behavior our species engages in, and the presence of armageddon weapons makes it infinitely more so. Our survival depends on peace finding some way to get a word in edgewise before it is too late.

0 thoughts on “Let’s Be Real: President Biden Would Probably Be More Hawkish Than Trump”