HOME / SOCIAL/CULTURAL / How Many Times Must Assange Be Proven Right Before People Start Listening? 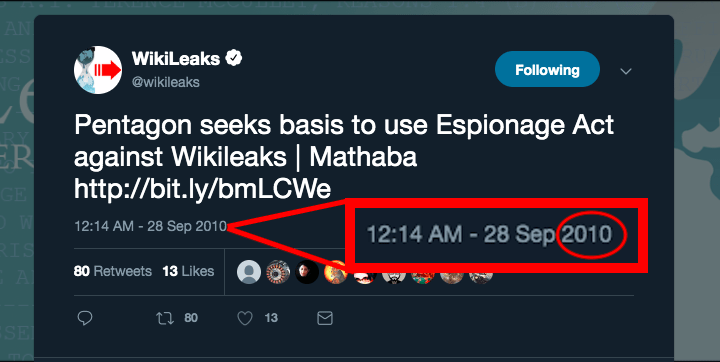 And there it is. WikiLeaks founder Julian Assange has been charged by the Trump administration’s Justice Department with 17 counts of violating the Espionage Act, carrying a maximum sentence of 175 years in prison. Exactly as Assange and his defenders have been warning would happen for nearly a decade.

The indictment, like the one which preceded it last month with Assange’s arrest, is completely fraudulent, as it charges Assange with “crimes” that are indistinguishable from conventional journalistic practices. The charges are based on the same exact evidence which was available to the Obama administration, which as journalist Glenn Greenwald noted last year declined to prosecute Assange citing fear of destroying press freedoms.

Hanna Bloch-Wehba, an associate professor at Drexel University’s Thomas R. Kline School of Law, has called the indictment “a worst-case, nightmare, mayday scenario for First Amendment enthusiasts.” Bloch-Wehba explains that that the indictment’s “theories for liability rest heavily on Assange’s relationship with Manning and his tendency to encourage Manning to continue to bring WikiLeaks material” in a way that “is not readily distinguishable from many reporter-source relationships cultivated over a period of time.”

One of the versions of the New York Times‘ report on the new Assange indictment, which has since been edited out but has been preserved here in a quote by Slate, said that “officials would not engage with questions about how the actions they said were felonies by Mr. Assange differed from ordinary investigative journalism. Notably, The New York Times, among many other news organizations, obtained precisely the same archives of documents from WikiLeaks, without authorization from the government.”

This is the issue, in three sentences. https://www.nytimes.com/2019/05/23/us/politics/assange-indictment.html?action=click&module=Top%20Stories&pgtype=Homepage …

Press freedom organizations have been condemning these new espionage charges in stark and unequivocal language.

“Put simply, these unprecedented charges against Julian Assange and WikiLeaks are the most significant and terrifying threat to the First Amendment in the 21st century,” reads a statement by Freedom of the Press Foundation Executive Director Trevor Timm. “The Trump administration is moving to explicitly criminalize national security journalism, and if this prosecution proceeds, dozens of reporters at the New York Times, Washington Post and elsewhere would also be in danger. The ability of the press to publish facts the government would prefer remain secret is both critical to an informed public and a fundamental right. This decision by the Justice Department is a massive and unprecedented escalation in Trump’s war on journalism, and it’s no exaggeration to say the First Amendment itself is at risk. Anyone who cares about press freedom should immediately and wholeheartedly condemn these charges.”

“The indictment of Julian Assange under the Espionage Act for publishing classified information is an attack on the First Amendment and a threat to all journalists everywhere who publish information that governments would like to keep secret,” reads a statement by Committee to Protect Journalists Executive Director Joel Simon. “Press freedom in the United States and around the world is imperiled by this prosecution.”

“For the first time in the history of our country, the government has brought criminal charges under the Espionage Act against a publisher for the publication of truthful information,” reads a statement by the ACLU. “This is a direct assault on the First Amendment. These charges are an extraordinary escalation of the Trump administration’s attacks on journalism, establishing a dangerous precedent that can be used to target all news organizations that hold the government accountable by publishing its secrets. The charges against Assange are equally dangerous for US journalists who uncover the secrets of other nations. If the US can prosecute a foreign publisher for violating our secrecy laws, there’s nothing preventing China, or Russia, from doing the same.”

BREAKING: For the first time in the history of our country, the government has brought criminal charges under the Espionage Act against a publisher for the publication of truthful information. This is a direct assault on the First Amendment. https://www.nytimes.com/2019/05/23/us/politics/assange-indictment.html …

The WikiLeaks founder Julian Assange faces 17 counts in a superseding indictment over his role in obtaining and publishing classified documents in 2010.

9,170 people are talking about this

“Today the Trump DOJ becomes the first administration to ever charge a publisher with *espionage* — an assertive, unprecedented legal crackdown on the traditional rights and protections for publishers,” tweetedMSNBC’s Ari Melber. “That is a legal fact, regardless of one’s views of Julian Assange. The new Trump DOJ indictment treats activities most top newspapers engage in — gathering and publishing classified material — as criminal plotting, claiming Assange ‘conspired’ with and ‘aided and abetted’ his source in the pursuit of classified material.”

One need only to look at the outraged “this is a horrible take” comments underneath these tweets to see that these condemnations are coming long after the propaganda they’ve helped advance against WikiLeaks has seeped well into the bloodstream. It’s impossible to tell the same group of people day after day that Assange is an evil Nazi Putin puppet rapist who smells bad and mistreats his cat, and then persuade them to respond to a depraved Trump administration agenda against that same person with an appropriate level of resistance.

I find no satisfaction in saying ‘I told you so’ to those who for 9 years have scorned us for warning this moment would come. I care for journalism. If you share my feeling you take a stand NOW. Either you are a worthless coward or you defend Assange, WikiLeaks and Journalism. https://twitter.com/Reuters/status/1131654395840618496 … 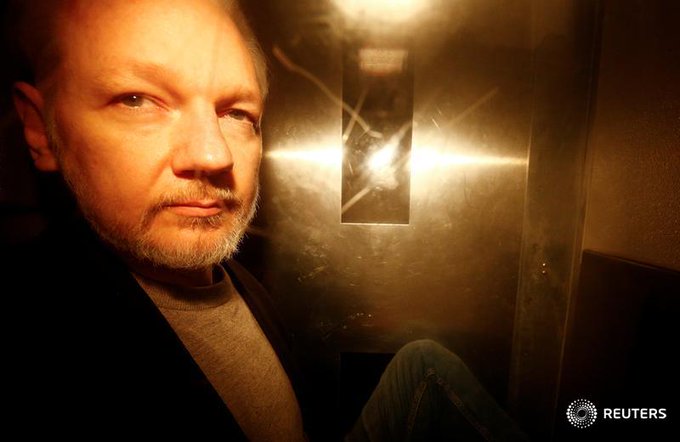 2,354 people are talking about this

“I find no satisfaction in saying ‘I told you so’ to those who for 9 years have scorned us for warning this moment would come,” tweeted WikiLeaks Editor-in-Chief Kristinn Hrafnsson. “I care for journalism. If you share my feeling you take a stand NOW. Either you are a worthless coward or you defend Assange, WikiLeaks and Journalism.”

Indeed, WikiLeaks staff and their supporters have been warning of this for many years, only to be dismissed as paranoid conspiracy theorists and rape apologists by smearers who insisted Assange was merely avoiding rape charges by taking asylum in the Ecuadorian embassy in London back in 2012. There are many tweets by the WikiLeaks Twitter account warning that the US is trying to charge Assange under the Espionage Act all the way back in 2010, and they’ve been warning about it over and over again ever since, but nobody’s listened.

“The only barrier to Julian Assange leaving Ecuador’s embassy is pride,” blared a Guardian headline last year by the odious James Ball, with the sub-header “The WikiLeaks founder is unlikely to face prosecution in the US, charges in Sweden have been dropped – and for the embassy, he’s lost his value as an icon.”

Assange has been warning for years that this was coming. He’s been unequivocal about the fact that he was perfectly willing to participate in the Swedish investigation from the beginning and was only taking asylum with Ecuador due to fear of extradition and political prosecution in the US, which Ecuador explicitly statedwere its reasons for granting him asylum. He was absolutely correct. He’s been correct the entire time. History has vindicated him. He was right and his critics were wrong.

We are also already seeing Assange vindicated in his warnings of what his prosecution would mean for the free press. He hasn’t even been extradited yet and we’re already seeing a greatly escalated war on journalism being implemented, with new developments in just the last few days like a San Francisco journalist now being charged with conspiracy for receiving internal documents from the San Francisco Police Department, and a prominent French journalist being summoned by police for reporting on corruption in the Macron government. 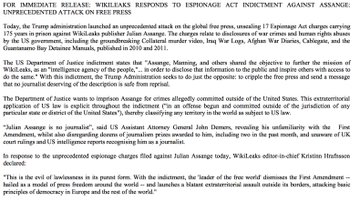 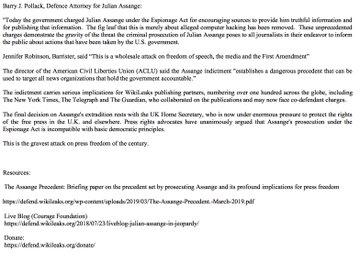 All this of course begs the question: what else has he been right about? Anyone with an ounce of intellectual honesty who has previously had their doubts about Assange will necessarily begin asking themselves this question now. It’s worth reviewing the things Assange has been saying about Russia not being the source of the 2016 Democratic Party emails that WikiLeaks published, about what really happened in Sweden, and about his general understanding of what’s going on in the world with opaque and unaccountable power structures leading us all down a very dark and dangerous path.

If you open your mind to the possibility that Assange has been right about more than you’ve given him credit for previously, the implications can shatter your world. Give it a try. There’s no longer any legitimate reason not to.

0 thoughts on “How Many Times Must Assange Be Proven Right Before People Start Listening?”