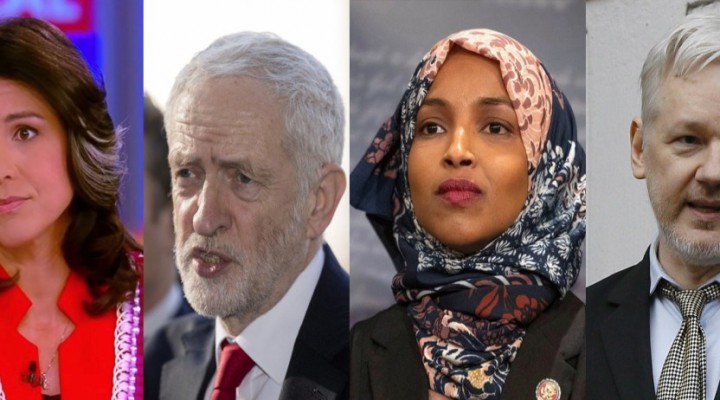 Narrative is a funny thing. You can do everything right, cross all your ‘T’s and dot all your ‘I’s and color within all the official lines, but if you offend the powerful they can still rearrange the dominant narrative underneath you to kill your public influence.

In Venezuela right now some guy named Juan is being elevated to the leadership of the nation simply by the governments of other nations referring to him as “President Guaido” and denying the legitimacy of the actual guy who is running the Venezuelan government. The funny thing about that is if enough people believe it, it can theoretically work; the only thing keeping leaders in place is the agreed-upon narrative that they’re the leaders. If you can replace that narrative with a different one, as powerful people are currently attempting to do, in theory it is possible to effect a coup by pure narrative. You couldn’t ask for a more perfect illustration of the power of narrative control.

Smear campaigns work in the same way. Anyone challenging authorized narratives and the status quo of oligarchic hegemony can have their reputations destroyed by the lackeys of the plutocratic class which exerts massive influence over the political/media class, thereby neutralizing their ability to influence the public. If the public distrusts someone, they aren’t going to believe the narratives that that person is putting forward, even if those narratives are as sane as protecting the poor, opposing senseless warmongering, or defending Palestinian rights. In today’s political climate where smearing someone as a socialist or communist is increasingly ignored, the most effective smear campaigns are currently those which paint the target as a servant of the Kremlin or a hater of Jews. 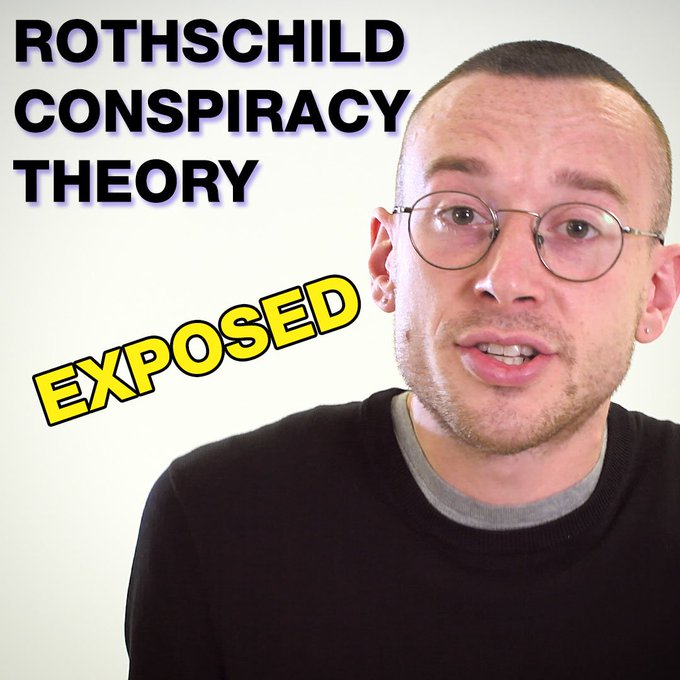 Really important video which spells out the vile and destructive nature of antisemitic conspiracy theories.

British Labour leader Jeremy Corbyn’s populist leftism and support for Palestinian rights has gotten him targeted by an amazingly virulent smear campaign which journalist Jonathan Cook describes as “a perfect, self-rationalising system of incrimination – denying the victim a voice, even in their own defence.” A narrative has been promulgated with extreme aggression by the UK media that a horrifying epidemic of antisemitism has somehow overtaken the Labour Party under Corbyn’s leadership, and that Corbyn himself is (despite a lifetime of opposition to all forms of racism and bigotry) a closet antisemite as well.

Corbyn has responded to this fact-free smear campaign with capitulation after capitulation, most recently with the suspension of MP Chris Williamson on baseless accusations of antisemitism and a Twitter postyesterday of a video warning about antisemitic conspiracy theories. There is nothing inherently wrong with warning people about antisemitic conspiracy theories (which are toxic for a whole host of reasons), but the video Corbyn chose to share explicitly cited criticism of Zionism as an example of one such conspiracy theory. Zionism is the racist ideology supporting the continued existence of a Jewish ethnostate (much like the white ethnostate sought by American white nationalists like Richard Spencer), and it is the driving force behind the oppression and persecution of the Palestinian people today.

Validating this conflation of anti-Zionism with hatred of Jews is a capitulation to the demands of those who have been advancing this smear campaign, and it is the wrong way to fight it. It will never work, because the goal has never been to fight antisemitism, the goal has been to destroy Corbyn. It wouldn’t matter if Corbyn did everything everyone demanded of him and then posted a video of himself being whipped while screaming “Lord have mercy on this wicked Nazi Jew-hater!” on his knees–no amount of capitulation will end this campaign to eliminate him. The target is not antisemitism, the target is Corbyn. And the goal is not to tell the truth but to advance a narrative. 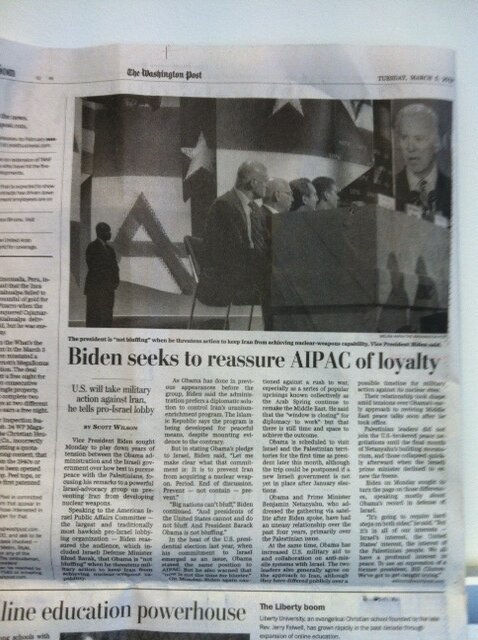 478 people are talking about this

We are seeing the same type of smear campaign advanced against Congresswoman Ilhan Omar in response to her support for Palestinian rights, criticism of the US Israel lobby, and opposition to US regime change interventionism in nations like Venezuela. Currently she is again being smeared as an antisemite for making the demonstrably true claim that influential Americans push for allegiance to Israel, even while the GOP is taking a much smaller amount of flack for putting up a poster which literally depicts her as having ties to the 9/11 attacks. The fact that this brazen Islamophobia is receiving far less establishment media attention than fact-free accusations of antisemitism tells you that this smear campaign has nothing to do with fact and everything to do with narrative.

Yet still we see Omar attempting to appease these unappeasable smearmongers by publicly apologizing for perfectly truthful and accurate statements. The campaign to kill her influence will continue for as long as she continues to disrupt the official narratives of the US-centralized empire, so no amount of apologizing or sensitivity to concern trolling about antisemitism will ever stop the smears.

Congresswoman Tulsi Gabbard has also been subject to the same narrative control subversion for her opposition to US interventionism in Syria, Venezuela and Iran, her criticisms of disastrous US interventionism in the past in Iraq and Libya, and her calls to end the new cold war against Russia. American mass media has been flipping the fuck out ever since she announced her candidacy for the presidency and working overtime to smear her as a friend of the Kremlin and of Syria’s President Bashar al-Assad. During a recent guest appearance on The View, the Hawaii Representative was told by the ditzy daughter of late bloodthirsty psychopath John McCain that “When I hear the name Tulsi Gabbard, I think of Assad apologist.”

Again, Gabbard is not being targeted by establishment mouthpieces like John McCain’s hellspawn because there is an actual concern that she holds some weird kind of loyalty to a random Middle Eastern leader on the other side of the world. Yet Gabbard capitulated to narratives she knows damn well are highly questionable in a vain attempt to appease her smearers. 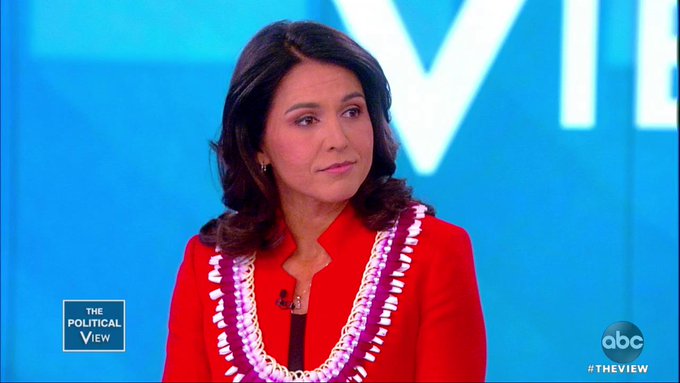 Rep. Tulsi Gabbard says “there’s no disputing the fact” that Bashar Al-Assad is a “brutal dictator” who “has used chemical weapons” against his people, but adds that amid the US’s “regime-change war,” the “lives of the Syrian people have not been improved” http://abcn.ws/2Ne74r9

This is not how you beat these creeps. The way to beat them is to attack the smear directly.

I’ve been the target of smear campaigns myself, and I’ve had blunders and successes in dealing with them. The fact that I’m still here speaking to a large readership without my influence having been killed off means I’ve picked up a clue or two about dealing with attempts to manipulate the public narrative about me, so I’m just going to share what I’ve learned here in case it’s useful to anybody.

Anyone who attempts to control the dominant narrative about who you are and what you stand for is trying to control you and your voice. It is a direct attack on your ability to influence your world, and if it succeeds you will necessarily be rendered impotent. It is therefore necessary to fight a smear campaign about you as directly and aggressively as any other attempt to rob you of your faculties or capabilities. This means not ignoring your smearers, nor capitulating to their demands, but engaging their smears loudly and publicly in a way that fully exposes what they are attempting to do to you.

Julian Assange started a leak outlet on the premise that corrupt power can be fought with truth. Corrupt power responded by detaining, silencing and smearing him. The persecution of Assange has proved him absolutely right about everything.

1,550 people are talking about this

They are trying to control the narrative about you, so the idea is to take back that control of your narrative. You don’t need to convince everyone that you’re right, you just need to prevent their malicious narrative about you from becoming the one everyone accepts as true because that’s what everyone else is saying. Most people believe things not because of facts and evidence, but because other people in their life believe those things. If you can create enough doubt in the malicious narratives being circulated about you and enough trust in your own, you can punch through that dynamic of unanimous consensus and keep your influence from being killed.

When you see it for what it actually is, a smear campaign is actually really gross to look at. People have a natural revulsion to manipulation and deception once they’ve seen it, especially when it’s done in the service of the powerful against the interests of the disempowered. All you need to do, then, is forcefully draw attention to what they’re doing to the point where their engagement in the smear campaign makes them look worse than they’re trying to make you look. This will kill their ability to manipulate public perception of you.

It sucks to have to do this. It feels really gross to keep having to wade into the muck and fight your smearers on their level, but the alternative is letting them control the narrative about you, which is the same as handing them control over your voice and, to an extent, your life. Because you can be one hundred percent certain that they will not cease working to kill public trust in you and your words if you just ignore them or be nice to them hoping that they will stop. Remember, they are not actually concerned about you being a Nazi/antisemite/Putin-lover/Assadist; they don’t actually care about fighting antisemitism in the way you or any healthy adult does. They have one simple goal, and that is to kill off your influence over the herd. Keep putting out your own message as well; don’t let fighting smears become the majority of your output, but don’t give them a single inch of control over the public narrative about you, either.

If you see someone smearing Corbyn, Omar, Gabbard, or any other target of establishment smear campaigns like Julian Assange, the best way to help them continue to disrupt the narrative matrix is to (A) refute the smear, then (B) aggressively expose the smearer for what they are and what they’re about. Whoever controls the narrative controls the world, and whoever controls the narrative about a particular thing controls that thing. If that particular thing is something or someone you care about, don’t let them control the narrative about it. Never treat an argument made in bad faith like it’s an argument made in good faith. Expose their lies and force a conversation about the despicable tactic that they are employing.