HOME / SOCIAL/CULTURAL / Ghislaine Maxwell, And Other Notes From The Edge Of The Narrative Matrix 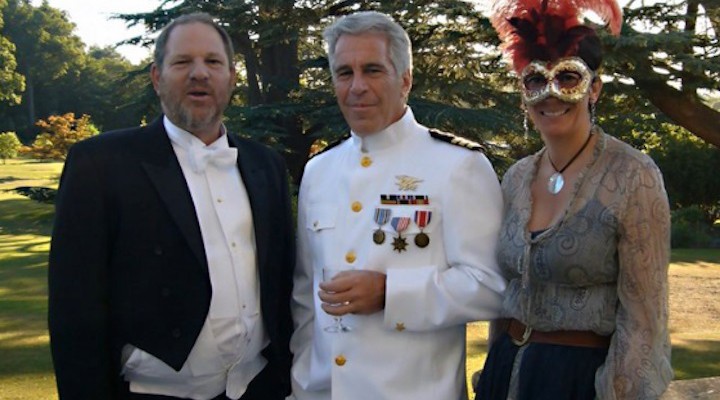 Like so many other things, all this Ghislaine Maxwell buzz would be a lot more interesting without all the dumbass partisan angles people are putting on it. People fixate on the Trump angle or the Clintons angle when it’s clear they’ve all been manipulated by forces that are far more powerful than they are.

The real story is still the fact that opaque and unaccountable intelligence agencies use child sex slavery to blackmail powerful world leaders and manipulate our society. It’s weird that people focus anywhere else.

Anyway it’s not like this is going to “bring down” anyone with real power. Even if Ghislaine survives, don’t get your hopes up that her arrest will affect elite power structures in any meaningful way. The FBI is the swamp. The DOJ is the swamp. The swamp will never drain the swamp.

Maxwell, like Epstein, was never the lead player in the sexual blackmail op. There is at this time no reason to believe anyone’s coming for the intelligence operatives or their oligarchic allies who were actually running the thing.

In a society that is dominated by violent extremists, the “moderate” mainstream ideology is actually extremism and the sane path toward stability looks radical. When war, oppression, exploitation and ecocide are the status quo, those who just want health and harmony are painted as extremists.

While mainstream “centrists” will acknowledge that our current way of doing things is unsustainable, they resist making meaningful change. This is because of a cognitive glitch humans have called status quo bias, which can cause us to fallaciously equate change with danger.

Remember when you were a kid and you’d get stuck up a tree, but you couldn’t bring yourself to climb down because clinging to the swaying branches felt safe compared to the risk of descending? You’d be clinging to the high branches and your mother would call up “Well you can’t stay there!” And you knew she was right but the prospect of climbing down was terrifying.

That’s a very concrete example of status quo bias. Change is needed, but it’s so scary. That’s where we’re at right now. That’s the only thing keeping so-called “centrism” going.

These “centrists” maintain their ideology because we live in increasingly scary times, which means they’re stuck up a strange tree where they know things need to change but they can’t bring themselves to actually push for it because “What if I lose what little I still have?”

War is the worst thing in the world. By far. If the rank-and-file public could see past the veil of propaganda and distortion and objectively see war for the horrific thing that it is, ending it would immediately become everyone’s foremost priority. Hence all the war propaganda.

The continued Afghanistan occupation is like if the cops stormed a house, shot a bunch of people, realized they got the wrong house and would never find the guy they’re looking for by staying there, stayed anyway, moved in, and then years later said they can’t move out because they heard a rumor that the neighbors are trying to make them leave.

The fact that mainstream news outlets consistently refuse to account for something as basic and indisputable as intelligence agencies being known liars should by itself fully discredit the entire institution of mass news reporting.

The Julian Assange story is being written right now whether you like it or not. In ten years when the movie comes out with Colin Hanks playing Nils Melzer as the truth-seeking protagonist who would not give up, which side of the story will you be able to say you were on?

Stop calling homegrown US illnesses “Trump’s America”. You’re just seeing America. As it is. As it has always been. Trump is the fruit of America. Trump arose from America. The nation isn’t Trump’s America, the nation’s president is America’s Trump.

Supporting the censorship of online speech is to support the authority of monopolistic tech oligarchs to exert more and more control over human communication. Regardless of your attitude toward whoever happens to be getting deplatformed today, supporting this is suicidal.

I spent most of this month talking about US police brutality, which made me a deep state Soros shill. The last few days I’ve been criticizing the latest Russiavape psyop so now they say I’m a Trump shill. Whenever the West Bank annexation happens I’ll be a Jew-hating Nazi. It’s been a wild ride.

People who say privilege isn’t real and they earned everything they’ve got are really just telling you they’ve never done any honest inner work. With a little humble introspection you’d quickly see how little you had to do with the preconditions which led to your circumstances.

~
The real revolution is an expansion of consciousness in all directions. Consciousness of oppression and exploitation, of corruption and imperialism, of propaganda and manipulation, of unjust social and economic dynamics, of our own egoic structures and unconscious mental habits. People can’t change things they’re unaware of. Once they’re fully aware of them, change is inevitable.

You thought you were storming the gates of Heaven

to become a Fully Realized Buddha™,

being played on a beautiful summer day

by a child with popsicle-stained lips

who simply set down the controller,

0 thoughts on “Ghislaine Maxwell, And Other Notes From The Edge Of The Narrative Matrix”