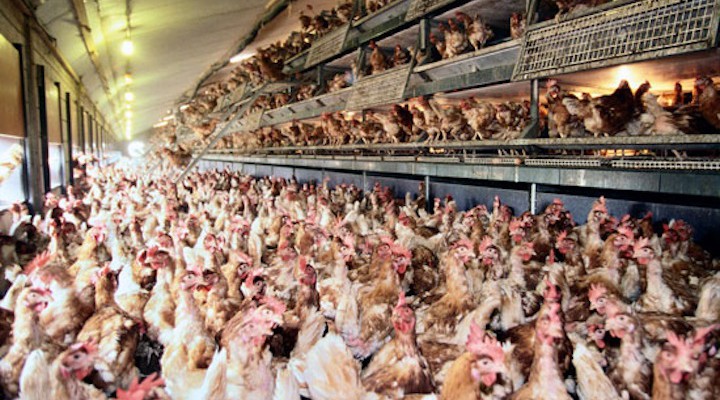 In what Shadowproof’s Kevin Gosztola calls “a not-so-subtle effort to criminalize the journalism of an adversarial media organization that the United States has spent the last decade working to destroy,” WikiLeaks founder Julian Assange has been hit with another superseding indictment by the US Department of Justice.

Shadowproof, WSWS, and Consortium News all have solid and informative write-ups on this new development. The indictment adds no new charges, is riddled with inaccuracies, glaring plot holes, and amateurish errors, relies heavily on testimony from a literal convicted pedophile and diagnosed sociopath, and appears to be little more than a feeble attempt to legitimize the injection of the words “hacking” and “hackers” into the prosecutorial narrative.

To quote Assange’s partner Stella Morris, “They didn’t throw the book at Julian. They threw bits of paper found crumpled up in the discard pile.”

The persecution of Julian Assange is a transparent and iron-fisted attempt by the US government to globally criminalize the publication of leaks which embarrass the US-centralized empire, thereby drawing a firm line which journalists all around the world know never to cross.

This is the inverted totalitarian oligarchic empire at its most overtly tyrannical. The imprisonment of Assange was the part of the movie where the villain finally reveals their true face for the monster they’ve always been, where it became clear to anyone paying attention that the US power alliance is as authoritarian and intolerant of real dissent as any tin pot dictator.

But this is the rarest form of imperial censorship. Normally, wherever possible, the power structures which dominate human civilization prefer to do so out of sight and out of mind, ideally having the inmates of the prison serve as their own wardens.

It's incredible to see book after book churn out the same discredited Russiagate hype. When I talked to an editor at a major publisher about doing a book — you know, based on actual facts — they told me their friends would be mad at them if they published it, so that was it. https://t.co/OMTvfve9bl

Aaron Maté, who as my regular readers already know is one of my favorite journalists on the planet right now, has an interesting new post on Twitter which reads (emphasis my own): “It’s incredible to see book after book churn out the same discredited Russiagate hype. When I talked to an editor at a major publisher about doing a book — you know, based on actual facts — they told me their friends would be mad at them if they published it, so that was it.”

This is a perfect example of the soft tyranny which does most of the key oppression of speech in the empire today. There are no laws prohibiting the publication of Maté’s award-winning journalism on the subject of the mass psychological operation known as Russiagate. Nobody who published such a book would be tortured and facing a 170-year prison sentence like Julian Assange.

Yet the speech remains restricted. Major publishers won’t touch Maté’s work. You won’t see him as a guest panelist on MSNBC or CNN. Not because those platforms are forbidden from doing so, but because they don’t choose to. As former MSNBC host Krystal Ball explained last year, an attitude of conformity has been manufactured from the top down to ensure than those who rise to the top of the most influential platforms are the ones who know how to toe the establishment line without being told. People are hired from the same conformity-enforcing universities by executives who were selected by media-owning plutocrats based on their willingness to protect the status quo their plutocratic kingdoms are built upon, and only those who play ball within that system ever rise to major positions of influence.

I am reminded of a famous contentious interview between Noam Chomsky and British journalist Andrew Marr in which Chomsky derided the false image mainstream journalists have of themselves as “a crusading profession, adversarial, we stand up against power,” saying it’s almost impossible for a good journalist to do so in any meaningful way in the mass media.

I am also reminded of a quote from the movie My Dinner with Andre:

“I think that New York is the new model for the new concentration camp, where the camp has been built by the inmates themselves, and the inmates are the guards, and they have this pride in this thing that they’ve built — they’ve built their own prison — and so they exist in a state of schizophrenia where they are both guards and prisoners. And as a result they no longer have — having been lobotomized — the capacity to leave the prison they’ve made or even to see it as a prison.”

Did you know that depending on what country you live in, so-called “free-range” eggs are often anything but?

In the USA, for example, all that is required for chickens to be considered “free range” is for them to have “access to the outdoors”. In practice what this means is that thousands of birds are crammed into tiny, unhygienic, multi-platform barns designed to fit as many animals as possible, and then a tiny door is opened on the far end of the barn leading to some small porch area which most of the chickens never even find their way to.

The USDA imposes no requirements that the chickens ever go outdoors, or even on what “outdoors” technically needs to look like, so in practice what you get is a bunch of “free range” hens never venturing anywhere near the door, and having no reason to try to do so.

This is exactly what the much-touted “free speech” of the western world looks like in practice when it comes to platforms with major influence. The door is technically open for The New York Times or CNN to elevate voices which dissent from the official imperial narrative about what’s going on in the world, but they choose not to, because a system has been designed which disincentivizes them from doing so.

Mass media outlets are the factory farms of speech. Nothing is free, humane, or organic about either such construct. A healthy world, which we will hopefully we one day see, will have neither.