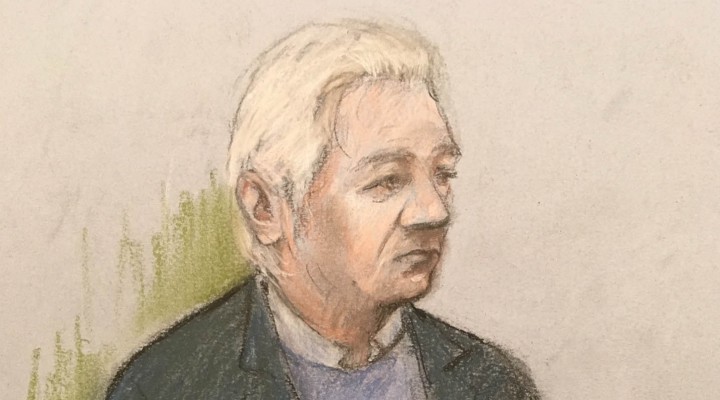 “For harm minimisation, there are people who need to know that they are mentioned in the material before intelligence agencies know they are mentioned — or at least as soon after as possible,” Assange told New Scientist. “By the time we published the cables, the material was already on dozens of websites, including Cryptome, and were being tweeted everywhere. And even a searchable public interface had been put up on one of them.”

Smear 31: “He conspired with Roger Stone.”

No he didn’t. People will often claim there are Twitter direct messages (DMs) of Assange and the right-wing serial liar Roger Stone scheming together in the lead-up to the 2016 election, but the only DMs between Stone and the @WikiLeaks account (presumed but not proven to be Assange) from that time period are WikiLeaks telling Stone to stop falsely claiming that the two have been talking.

Stone had been publicly boasting of having a WikiLeaks back channel (a claim the alleged back channel Randy Credico has always rejected), and when WikiLeaks publicly denied this Stone angrily messaged their Twitter account.

From The Atlantic, where the leaked DMs between Stone and WikiLeaks were first published:

On the afternoon of October 13, 2016, Stone sent WikiLeaks a private Twitter message. “Since I was all over national TV, cable and print defending wikileaks and assange against the claim that you are Russian agents and debunking the false charges of sexual assault as trumped up bs you may want to rexamine the strategy of attacking me- cordially R.”

WikiLeaks — whose Twitter account is run “by a rotating staff,” according to Assange — replied an hour later: “We appreciate that. However, the false claims of association are being used by the democrats to undermine the impact of our publications. Don’t go there if you don’t want us to correct you.”

That’s the only record of any communication between Stone and WikiLeaks prior to the 2016 election: a square refutation of the claim that Stone conspired with WikiLeaks.

And I guess that’s it for now. Again, this article is an ongoing project, so I’ll be updating it and adding to it regularly as new information comes in and new smears need refutation. If I missed something or got something wrong, or even if you spotted a typo, please email me at admin@caitlinjohnstone.com and let me know. I’m trying to create the best possible tool for people to refute Assange smears, so I’ll keep sharpening this baby to make sure it cuts like a razor. Thanks for reading, and thanks to everyone who helped! Phew! That was long.

My work is entirely reader-supported, so if you enjoyed this piece please consider sharing it around, liking me on Facebook, following my antics on Twitter, throwing some money into my hat on Patreon or Paypal

0 thoughts on “Debunking All The Assange Smears2”