HOME / SOCIAL/CULTURAL / Bitter, Joyless Told-You-Sos: Notes From The Edge Of The Narrative Matrix 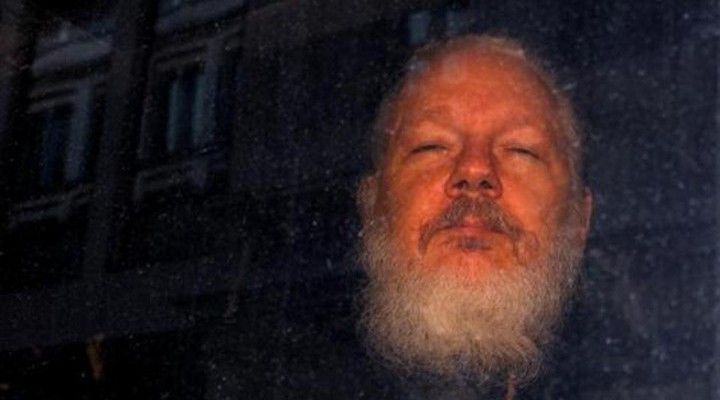 It only takes a rudimentary understanding of human psychology to manipulate someone. Bernays was recruited by the US government to study the science of modern propaganda in 1917. This science has been in research and development for over a century. Don’t underestimate its power.

The “Epstein didn’t kill himself” thing is an interesting example of a grassroots, populist narrative control campaign. By that I mean that people wanted it to remain a high-profile feature in the news, and they knew the mass media wouldn’t do that for them, so they’ve collectively forced it into mainstream attention and held it there by sheer collaborative force of will.

If you can come to deeply understand the nature of mental narrative, both in yourself and in the world, you’ll understand the human condition better than pretty much any teacher, preacher, philosophy professor, self-help guru or Himalayan yogi.

Gaining an understanding of what’s going on in the world is a skill, just like any other. Like any other skill you kinda suck at it at first, then you get better with practice. The trick is to keep improving; never stop, either out of frustration or because you think you’re done.

Ignore all the narratives about why things must be as they are, and you simply see things as they are: resources disappearing from the hands of the many into the hands of the few, weapons of war circling the globe, imprisonment, surveillance and censorship. That’s what’s real.

As long as money equals power and power is relative, there will be a plutocratic class with a vested interest in keeping everyone else poor. This is especially true in America, where the empire’s military is centralized. Believing you can get things like living wages and universal healthcare without first toppling the warmongering imperialist plutocracy is like believing you can eat an egg without cracking the shell.

As usual, our only “reward” for being proven right about the bogus Sweden case against Assange is yet another bitter, joyless told-you-so to the establishment loyalists who told us we were nuts. And we’ll still get called crazy conspiracy theorists the next time we try to warn everyone about the empire’s next evil agenda.

They are literally imprisoning a journalist for doing journalism, right in front of us, while telling us we live in a free society. It’s like watching a supposed friend reach down and start strangling your dog while looking you right in the eye and saying “I’m not killing your dog. I would never do that. We’re friends.”

In the wake of violent protests in Iran, we should keep in mind that the Trump administration has openly admitted that it is deliberately targeting civilians with starvation sanctions with the goal of making them so miserable they try to overthrow their government, and that the CIA is known to have ramped up covert operations in Iran since Trump took office.

One of the dumbest things about following US foreign policy analysis is how often it becomes another idiotic sectarian wedge issue. I’ve been seeing people in my news feed arguing over whether you should oppose the regime change operations in Syria OR Bolivia. I mean, for fuck’s sake.

At this point the evidence of OPCW malfeasance in Syria is too overwhelming for anyone to reasonably have any degree of confidence in the establishment Douma narrative. The only reason anyone’s still standing by it is because of the immensely consequential implications of this scandal.

Sometimes I’ll have these flashes of self-reflection where I’ll be like arguing with somebody online who’s insisting that it’s perfectly reasonable to just blatantly accuse people who disagree with them of conducting psyops for the Russian government or whatever, and I’ll pause and think, “Holy shit. This is my life now.”

Most of the arguments I get from empire loyalists rest on the unspoken premise, “Let’s pretend Iraq never happened.”

Assadist (noun): Anyone who opposes yet another regime change intervention in yet another geostrategically crucial Middle Eastern nation which refuses to be absorbed into the US-centralized empire.

The Democratic presidential primaries are a huge convoluted mess, which is exactly what you’d expect to see from a party which spent three years screaming “TRUMP!” and peddling empty Russia hysteria instead of winning back progressives’ trust and coalescing around actual popular policies.

If Mayor Pete didn’t want the votes of young people, people of color, or basically anyone cool, he could have just said so. He didn’t have to make a whole goddamn dance about it.

“Why not me?” thought the man with billions and billions of dollars. “Why shouldn’t I be president?”

The fact that Democrats are clamoring for impeachment three-quarters of the way through Trump’s term conveys the sense that they don’t feel confident they’d be able to win an election against a stupid demagogue who can’t even string a coherent sentence together.

2021: President Warren orders airstrikes on Damascus
Fox News: Warren is weak for not sending in ground troops
MSNBC: This is a great historical moment for women around the world
The Young Turks: Medicare for All is coming any minute now you guys

Still angry at the Australian government for just giving me healthcare when I could be spending my money on some of that sweet sweet Kaiser Permanente.

It’s such a delicate balancing act that US news media walk each day, having to tell people that mass murder is perfectly fine over and over and over again and then pretending to give a shit when mass shootings happen.

How to be a billionaire philanthropist:
1. Steal all the money from everyone else.
2. Share a tiny amount of it if and when it makes you feel good about yourself.
3. Receive massive worldwide accolades for your generosity and have many large buildings named after you.

Hi my name’s Leftish McPundit. I definitely totally oppose US regime change interventionism in Syria but I spend my time promoting the exact same narratives about Syria as neocons, the CIA and the US State Department.

Hi my name’s Leftish McPundit. It’s important that we oppose this US-backed coup, but first we need to talk about every single bad thing the ousted leader might possibly have done because it’s not like the entire political/media class is already doing that constantly.

Mainstream political commentary typically highlights the differences between Trump and his predecessors, but you can learn a lot more by examining all the things that stay the same no matter who’s in office.

How fucking pathetic is it that people’s best argument for toppling Bolivia’s government is “Oh well the courts said he could run for another term, and that’s too much”? Like, really? That’s how low the bar has sunk for when a US-backed coup is justified? What’s next? Jaywalking?

The empire just keeps attempting coups until they stick. A kickboxer throws strikes in combinations with the understanding that most will miss or do minimal damage, but eventually one will connect and score the knockout blow. Imperialist coup agendas employ the same philosophy.

All major world religions have spent centuries inseparably interlaced with powerful governments. This means they are all interlaced with ancient proto-propaganda from those governments. All that stuff glorifying meekness, obedience and poverty is made-up, power-serving hogwash.

People constantly ask me “Why don’t you ever write about the bad things Russia does, hmmm???” For the record the answer is that (A) Russia has nothing to do with me, (B) the US alliance does far, far worse things constantly; no other countries come anywhere remotely close, and © the entire western political/media class already pours immense wealth and resources into telling westerners how bad Russia is every single day. The world doesn’t need one extra blogger on that narrative.

A problem whose solution entails the deployment of US troops, bombs or weapons is almost certainly a made-up problem.

0 thoughts on “Bitter, Joyless Told-You-Sos: Notes From The Edge Of The Narrative Matrix”