HOME / SOCIAL/CULTURAL / At A Time Of Rapidly Creeping Authoritarianism, Assange’s Case Is More Crucial Than Ever 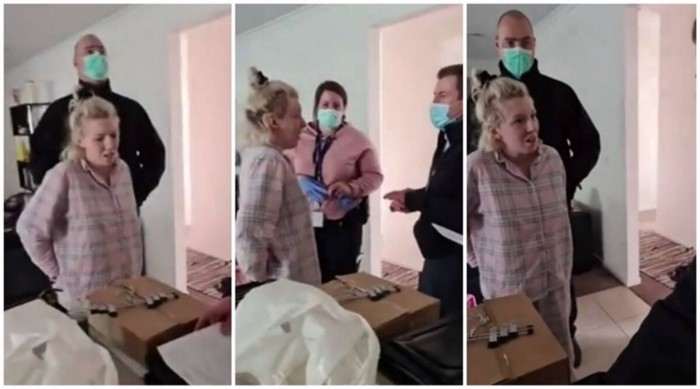 Police have been breaking into people’s homes and arresting them in front of their children under charges of “incitement” for posting about anti-lockdown protests on Facebook, drawing international headlines. This is obviously a major threat to human rights that sets a dangerous precedent and will have many undesirable knock-on effects, and it should be condemned unequivocally.

“This is awful. ‘Incitement’ is going to be used to crack down on all sorts of protests — including on issues we agree with and think are worth protesting,” explained Australian author and analyst Ketan Joshi of one such arrest. “Every time I post about this, I am stunned by the number of people who seem furiously unwilling to draw any connection between what’s happening above and the history of climate and anti-racist protest in Australia.”

“Those who claim Covid-19 is being exploited by governments to dismantle our diminishing freedoms have just been handed a chilling new piece of evidence to support their case,” tweeted journalist Jonathan Cook.

Those who claim Covid-19 is being exploited by governments to dismantle our diminishing freedoms have just been handed a chilling new piece of evidence to support their case.

Nothing about this okay – including the comments justifying her arrest https://t.co/8aJMf5ePQC

Indeed this ham-fisted approach seems to be a lot more popular among residents of Melbourne and the state of Victoria who are subjected to it than to a large portion of the outside world. Part of this discrepancy is due to Australia having an entire culture built around the phrase “No worries, whatever you reckon’s a fair thing,” but another part is the fact that people in other self-proclaimed democracies are accustomed to having a bill of rights to protect them against such intrusive overreach.

Many Australians are unaware of this, but we are in fact the only developed democracy that does not have a bill of rights built into its legal infrastructure. An inordinate amount of trust is instead placed upon our legislature and judicial system to always do the right thing on a case-by-case basis, a premise that has been fully discredited by things like the Facebook post arrests, the silencing of sexual assault victims in Victoria, the police raids on two Australian journalists last year, the almost-instituted ban on reporting political corruption in Queensland, and the trial, conviction, sentencing and imprisonment of a man entirely in secret whose very identity itself is classified, just to pick from a few very recent examples.

As we’ve discussed previously, it’s a guarantee that there will be authoritarian agendas rolled out during the Covid-19 pandemic which our rulers have no intention of ever fully rolling back. We know this because that’s what always happens; the US Patriot Act was mostly already written prior to 9/11 and the pre-planned Orwellian measures were simply slid in at a time of chaos and confusion when people were less likely to push back on creeping authoritarianism.

“The escalations in internet censorship and the escalations in surveillance are both directed at a last-ditch effort to control the masses before control is lost forever”https://t.co/buiSaOP4B9

The trouble is, we can’t see it.

For months I’ve been getting many people telling me every day that I need to be sounding the alarm about this virus giving cover for an authoritarian power grab that will thrust us into a dystopia from which we will never recover. Few of them can agree on exactly what form this power grab is taking, and none can lucidly explain in their own words exactly what they know and how they know it when I ask them to, but they want me to write essays defending their viewpoint.

It’s not that they’re wrong to be suspicious; again, it’s a guarantee that authoritarians and plutocrats are at the very least opportunistically shoring up power and wealth for themselves in a whole host of ways amid the confusing upheavals of 2020. It’s just that I can’t write essays which I can competently defend about things I cannot see. The level of evidence and argumentation that I apply to the rest of my work simply is not there at this time. I’ve been looking at this thing from every angle, and a powerful evidence-based argument for any kind of centralized monolithic global power grab in relation to this virus just isn’t forthcoming.

This doesn’t mean such a power grab doesn’t exist, it just means that if it does exist, the bulk of it is happening in secret. And it is a very safe bet that there are at the very least a lot of agendas being planned within establishment power structures around the world which we would object to if they weren’t hidden behind thick veils of corporate, financial, and government opacity.

Which brings us to Julian Assange, whose extradition trial of world-shaping importance is set to resume a few hours from this writing.

Assange started a leak publishing outlet on the premise that corrupt power can be fought with the light of truth. Corrupt power responded by smearing, torturing and imprisoning him, thereby proving his thesis unassailably correct. The depravity of the powerful can only operate behind veils of secrecy, because if it happened out in the open our greatly outnumbered rulers would risk finding themselves on the wrong end of a guillotine blade. Assange sought to hold power in check by reducing the amount of hiding space it has for its malfeasance, which is why he is currently behind bars.

If we had transparency for the powerful as we ought, there wouldn’t be any wild theorizing about what they’re up to behind the walls of secrecy. Indeed, the various agendas that are doubtless being schemed toward by oligarchs and unaccountable government agencies wouldn’t even exist, because people only plot such evils when they are out of the public eye. Whatever’s going on with this virus would be clear as day, and the fact that people are paranoid and distrustful of authority figures about the matter is solely the fault of those authority figures’ refusal to have transparency and accountability.

The more secrecy the powerful are able to obtain, the more wars they start, the more exploitation, oppression and thievery they can get away with, the more power they can steal from the people and shift to themselves. Which is precisely why they are going after a journalist who made it his vocation to deprive them of secrecy.

As Jonathan Cook recently put it, “Assange had to be made to suffer horribly and in public — to be made an example of — to deter other journalists from ever following in his footsteps. He is the modern equivalent of a severed head on a pike displayed at the city gates.”

We must not allow them to get away with this. Especially now, when transparency for the powerful is more important than ever.

Looking at you, Australia.

0 thoughts on “At A Time Of Rapidly Creeping Authoritarianism, Assange’s Case Is More Crucial Than Ever”