HOME / SOCIAL/CULTURAL / Anti-China Hysteria Is Ultimately Not About Covid-19, Racism Or Communism, But Power 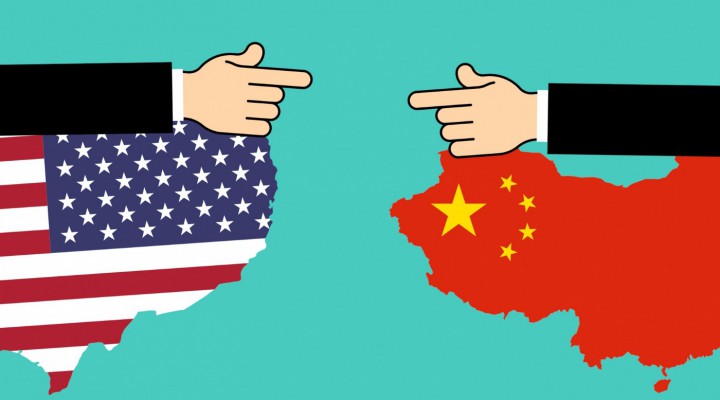 In a recent article falsely titled “The U.S.-China propaganda war is on hold, but not for long”, The Washington Post’s Josh Rogin made a very interesting admission.

“The United States is now in dire need of medical supplies, many of which are coming from China,” Rogin said. “If China’s leaders are willing to stop telling lies about us, we can pause pointing out the most embarrassing truths about them.”

Which, of course, he is. The devoutly neoconservative Rogin consistently advances hawkish narratives against nations which have resisted absorption into the blob of the US-centralized empire, and he is showing no hesitation in running point on the new escalations in the narrative control campaign against China. This is because the USA and China have been on a collision course toward aggressive confrontation for a long time now, and the narrative managers need to manufacture consent for that horrific eventuality.

I explored and broke down the anti-China COVID-19 narrative, which is based on falsities and half truths. Your government, not China, is responsible for the carnage COVID-19 has caused in your country. https://t.co/FbT06Omwks

Passage’s David Mastracci has a very worthwhile new article out titled “Don’t Blame China For Your Government’s COVID-19 Failures”, exposing what Rogin calls “embarrassing truths” about China’s handling of the Covid-19 pandemic for the distorted spin jobs that they are and highlighting the fact that the difficulties Americans are currently facing is due to their own governments failures, not China’s.

“Those who aren’t in power, such as rightwing journalists, realize their neoliberal ideology is unequipped to deal with the pandemic, and therefore is under attack,” Mastracci writes. “They won’t abandon their views, so they have to shift blame to an outside country with an ideology that is different in the right way. Attacking China clearly serves this purpose, and offers a chance for anti-communism, which, as Parenti notes, people have been primed to hate for more than a century.”

This is much closer to the truth than anything you’ll read in any mass media publication. This virus is brutally highlighting all the insanity of the neoliberal status quo upon which the US empire is built, and that status quo is indeed premised upon shutting down all leftward political movement which could potentially inconvenience plutocrats and war profiteers. Much of what we’re hearing from leading Republican and Democratic Party pundits these days can be accurately translated as a wailing temper tantrum about their entire worldview crashing to an embarrassing faceplant in front of the whole world.

But even that doesn’t really cover it.

If you ask a leftist what the west’s sudden uptick in anti-China hysteria is about, they might say racism, xenophobia, and/or anti-communism. If you ask a rightist, they might tell you it’s because China lied about the virus, or because of communism, or because of China’s economic relationship with the US, or because it’s a backwards culture of people who eat different animals from us. If you ask someone who occupies the mainstream so-called “center”, they might tell you that it’s because of humanitarian concerns about China’s oppressive government, along with racism or some mixture of the aforementioned claims.

Ultimately though, it’s not about any of those things. While racism, xenophobia, anti-communism, free trade deals, authoritarianism and the virus are all real concerns which play a real role in the propaganda campaign, it’s not ultimately about any of them. Ultimately, like so much else, this is about power.

“The danger of confrontation grows by the day,” Pilger says.https://t.co/ZpRbNCankz

There can only be one top dog in a unipolar world. After the fall of the Soviet Union the prevailing philosophy slowly coalesced among US policymakers that the world’s only remaining superpower needed to remain that way at any cost in order to preserve the so-called liberal world order. This philosophy rose to dominance when the neoconservatives took over the Executive Branch during the George W Bush administration, and from there their ideas simply became the mainstream orthodoxy. Now the “unipolarity at any cost” ideology of neoconservatism is so pervasive that when you see someone like Tulsi Gabbard basically just advocating for pre-9/11 US foreign policy, you see them demonized as though they supported child cannibalism.

Napoleon Bonaparte once said, “China is a sleeping giant. Let her sleep, for when she wakes she will shake the world.” Preventing the rise of China (and its loose network of unabsorbed allies like Russia) has been a lasting agenda of the western world for generations, and the continuation of this agenda has set the world on a trajectory toward aggressive confrontation. The US has been surrounding China with military bases, many of them nuclear-armed, in preparation for a confrontation that it sees as ultimately inevitable, since China has no interest in being absorbed into the US power alliance and the US has no interest in allowing China to surpass it as a superpower.

What this means for us ordinary people is that we have found ourselves smashed between steadily increasing escalations between two nuclear-armed nations and their nuclear-armed allies hurtling toward a confrontation which benefits none of us in the slightest, while propagandists spoon feed us narratives about why this is something we should eventually support.

It doesn’t have to be this way. China doesn’t have to be the “sleeping giant” that we all fear. We don’t have to live in a world where nuclear-armed governments duel for planetary domination without our consent or permission and roll the dice on nuclear armageddon with greater and greater frequency each passing day. We don’t have to live in a world where the emergence of a new disease which kills human beings is seen as a tool to be exploited in a propaganda war instead of a problem to be solved together. We could all just get along and work together to create a better world for each other and for our ecosystem.

Napoleon Bonaparte said China is a sleeping giant, but I know a bigger one. It’s all of us ordinary people who are sick of being crushed, exploited and imperiled by a few psychos who only care about power. All of us around the world, regardless of what dirt we stand on or what color our skin is or what political party they tell us we belong to. When we awaken, baby, that’s when the earth will shake.

0 thoughts on “Anti-China Hysteria Is Ultimately Not About Covid-19, Racism Or Communism, But Power”