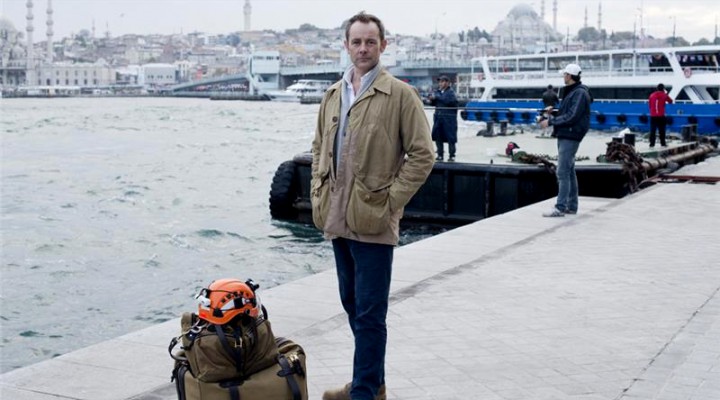 Former British military officer James Le Mesurier suspected of ties to MI6 and the co-founder of the so-called “White Helmets” front was found dead this month in Turkey from an apparent fall from his residence.

The Western media wasted no time linking it to claims Russia had recently made that he was an intelligence asset involved in sowing instability worldwide – attempting to portray Russia as somehow likely responsible for Le Mesurier’s death.

Not a Rescue Org

In actuality, the “White Helmets” were an extension of Western armed and funded terrorist organizations operating in Syria with the “White Helmets” specifically serving the purpose of war propagandists thinly disguised as “rescue workers” or local “civil defense.”

They found themselves repeatedly at the center of alleged chemical attacks the US accused the Syrian government of – indicating their likely involvement in carrying out false flag operations – many of which may have actually killed real people.

The deceptive manner in which the “White Helmets” operated has already been extensively exposed and their credibility rendered moot – not least because the terrorist organizations they augment are nearing extinction – surrounded in Syria’s northern governorate of Idlib.

Le Mesurier’s continued existence as the co-founder of a now irrelevant propaganda arm to a defeated proxy army makes no difference to Syria and its Russian allies.

Le Mesurier’s continued existence – however – did pose the perpetual threat of the knowledge he had of covert US operations in Syria including the use of the “White Helmets” in staging chemical attacks and other atrocities and their role in manipulating international organizations like the OPCW eventually becoming public.

It is obvious that his death – whatever the cause – benefited the US and UK which backed him and his faux humanitarian relief organization – meaning that whatever secrets he harbored are now taken to the grave with him.

Finally, let Le Mesurier’s ignominious end serve as a warning for those serving the agenda of global aggressors particularly in the targeting and destruction of a sovereign nation like Syria.

Even upon death, the establishment that bank rolled him and propped him up used his corpse as a prop in their public relations campaigns. The truth of his death may never emerge. With the possibility that he was terminated by his own employers – pause for thought will hopefully reverberate across the peripheral operations created to prop up and promote the “White Helmets.”

If someone like Le Mesurier can find himself at the end of his uselessness and likely disposed of by his own employers – what of a former-underwear salesman-turned-war propagandists for NATO or armies of compromised academics?

Anyone who finds themselves in possession of facts and willfully distorts them for profit in the employ of nations willing to lie to promote death and destruction on a global scale cannot possibly believe they are ever safe or will perpetually be more useful alive than dead. Regardless of the actual cause of Le Mesurier’s death – he most certainly is more useful to the system that created him and whom he served dead than remaining alive with 8 years of secrets liable to spill out.

Like a gang member working for a violent Central American drug cartel – imagining that you’ll serve horrible people involved in a horrible cause and somehow live your life out happy, healthy, and to blissful old age is a fantasy. But perhaps being able to indulge in fantasy is the only way ordinary people can bring themselves to serve enterprises like violent drug gangs or global hegemons in the first place.