HOME / SOCIAL/CULTURAL / Covid-19: Have “Real Journalists” Forgotten the H1N1 Scandal They Reported On?

Covid-19: Have “Real Journalists” Forgotten the H1N1 Scandal They Reported On? 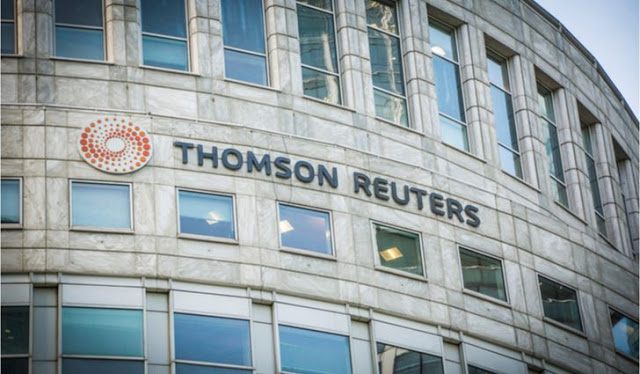 Overreaction and big-pharma profiteering from Covid-19 is a repeat of the 2009 H1N1 “Swine Flu” scandal. Why has the corporate media that would eventually expose the 2009 scandal failed to inform readers today that the same corrupt interests are leading the Covid-19 response?

Amid Covid-19 hysteria – “real journalists” across the Western corporate media are shamelessly and eagerly fanning the flames of hysteria, panicking the public and ensuring both the government and corporate special interests that influence their policy remain firmly in control.

This includes the stockpiling at the taxpayers’ expense of drugs produced by big-pharma to allegedly fight Covid-19.

This story may sound familiar to some readers because the exact same scenario – albeit on a smaller scale – unfolded 10 years ago during the 2009 H1N1 “swine flu” outbreak.

In hindsight, the declaration by the World Health Organization (WHO) of a “pandemic” was revealed to be the work of financial ties between the pharmaceutical industry and WHO “experts” whose advice paved the way for the “pandemic” designation and the hysteria-justified policies that followed.

Among the big-pharma corporations involved was Roche – who not only provided H1N1 test kits, but also its Tamiflu” drug to government stockpiles.

Ten years ago – “real journalists” at media platforms like Reuters would even report that Tamiflu was later found to be ineffective and that the stockpiles where a waste of money. A 2009 Reuters article written by Kate Kelland titled, “Stockpiles of Roche Tamiflu drug are waste of money, review finds,” would note:

Researchers who have fought for years to get full data on Roche’s flu medicine Tamiflu said on Thursday that governments who stockpile it are wasting billions of dollars on a drug whose effectiveness is in doubt.

Tamiflu sales hit almost $3 billion in 2009 – mostly due to its use in the H1N1 flu pandemic – but they have since declined.

Reuters writer Kate Kelland falls short of mentioning Roche’s financial ties to WHO experts who designated the appearance of H1N1 as a “pandemic” helping pave the way for both public hysteria as well as Roche’s profits from it selling what was essentially a useless drug to government stockpiles.

The BBC – however – in their article, “WHO swine flu experts ‘linked’ with drug companies,” would report:

Key scientists behind World Health Organization advice on stockpiling of pandemic flu drugs had financial ties with companies which stood to profit, an investigation has found.

Roche was mentioned by name by the BBC (emphasis added):

The advice prompted many countries around the world into buying up large stocks of Tamiflu, made by Roche, and Relenza manufactured by GlaxoSmithKline.

A New Decade – A New Scandal

Today, the same WHO and the same Roche are poised to once again both fuel and leverage public hysteria and once again fill government warehouses and acquisition orders with Roche products ranging from testing kits to vaccines and anti-viral medication.

So where is Kate Kelland of Reuters’ article reminding readers of what she reported on 10 years ago about useless Roche medications that somehow found their way in large quantities to government warehouses? Where is her article about medications that were never used and all done at the expense of Western taxpayers?

Instead, Kelland’s recent articles have focused on reinforcing the official narrative surrounding Covid-19 and justifying increasingly drastic measures taken to panic the public and implement emergency spending that will undoubtedly benefit pharmaceutical corporations like Roche all over again.

Did Kate Kelland of Reuters forget what she wrote 10 years ago? Or are we seeing a pattern where a complicit media covers up these facts to ratchet up hysteria, and reports on abuse, corruption, and scandals only after those involved have filled their coffers and removed themselves far from any prospect of accountability?

Either way – a much easier question to answer is – should we trust media platforms like Reuters – platforms that concurrently promote criminal wars and other forms of corporate abuse – to inform us in times like this – or should we assume that responsibility ourselves – researching first and foremost the conflict of interest and motivation that drive corporations, the media, and governments to fuel public panic and benefit from it?

We must look into the science and statistics ourselves – apply critical thinking and draw our own conclusions. Then – invest in individuals, organizations, and institutions whose activities are in line with what is really happening rather than what corporations want us to think is happening and what aligns best with their profits rather than our individual and collective public health.

0 thoughts on “Covid-19: Have “Real Journalists” Forgotten the H1N1 Scandal They Reported On?”