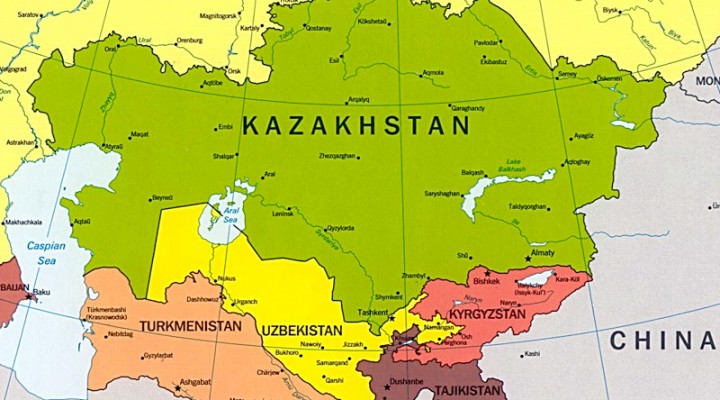 The US’ newly unveiled “Strategy For Central Asia 2019-2025” surprisingly isn’t sinister like some of the country’s critics might have expected, but that doesn’t mean that it’ll succeed since its viability almost entirely depends on bringing peace to Afghanistan first then convincing the regional states to more closely integrate with one another prior to collectively seeking out America’s “balancing” assistance via mostly economic means.

Secretary of State Pompeo recently traveled to Central Asia to meet with the five relevant states’ Foreign Ministers under the aegis of the C5+1 platform that serves as the US’ means for multilaterally engaging with this geostrategic region. It was during that time that the country unveiled its “Strategy For Central Asia 2019-2025“, which surprisingly isn’t sinister like some of its critics might have expected. Even though the US never overtly signaled any hostile intentions towards Central Asia, it was largely presumed to be the case that both the Bush and Obama Administrations wanted to catalyze so-called “constructive/controlled chaos” there from the US’ presence in neighboring Afghanistan in order to rip the region apart so that the resultant “black hole” of destabilization sucks in Russia, China, and Iran. This would in turn lead to the fulfillment of the late Brzezinski’s “Eurasian Balkans” scenario of dividing and ruling the supercontinent’s Heartland through the external encouragement of a self-sustaining cycle of Hybrid War unrest that would indefinitely prevent its leading Great Powers from coordinating their multipolar efforts to challenge America’s unipolar primacy over global affairs.

The timed onset of EuroMaidan in parallel with the US’ increasingly aggressive maritime “containment” efforts in the South China Sea was intended to herald the beginning of the New Cold War through the waging of two Hybrid War fronts against Eurasia’s most important Great Powers, Russia and China respectively, but it dramatically backfired by bringing them unprecedentedly closer through a so-called “marriage of (strategic) convenience” whereby their joint (but not always coordinated) efforts to build a Multipolar World Order turned into Washington’s worst nightmare. This was greatly facilitated by Central Asia failing to become the “proto-Arab Spring” in 2010 as elaborately explained by the author in the relevant chapter of his e-book about “The Law Of Hybrid War” and which should be skimmed by the reader in order to familiarize themselves with this detailed background context if they aren’t already aware of it. In any case, Brzezinski’s grand stratagem of having the US simultaneously wage several Hybrid Wars in Eurasia failed to achieve its desired result of dividing and ruling the supercontinent, hence why the current administration opted for a much more pragmatic plan.

The Trump Administration evidently believes in building up Central Asia’s capacity to “balance” between Russia and China in what it’s previously described as the current era of “Great Power competition“, and the billionaire president understands the importance of relying on economic means for doing so. That’s why the US’ “Strategy For Central Asia 2019-2025” is concise and emphasizes the mutual benefits of increased cooperation between all parties, the form of which it broadly outlines in the text. So as to obtain a better understanding of what this entails, the six policy objectives will be enumerated below followed by a brief one-sentence description of their true strategic significance:

1. “Support and strengthen the sovereignty and independence of the Central Asian States, individually and as a region”: Just as Russia finds it easier to engage with the EU as a whole as opposed to its individual members one-by-one (contrary to the prevailing Mainstream and Alternative Media dogmas that it supposedly wants to “break the bloc”), so too does the US aspire to do the same with Central Asia, with the notable exception being that its intentions are to improve their collective capability for “balancing” between Russia and China just as Russia’s “balancing” act in the Mideast is meant to do the same vis-a-vis the US (albeit by engaging with countries one-by-one as opposed to multilaterally like it prefers to do in Europe).

2. “Reduce terrorist threats in Central Asia“: From Brzezinski the “breaker” to Trump the “builder”, the US no longer wants to subversively destroy the region in order to turn it into a “black hole” of chaos for entrapping the surrounding states, but seeks to safeguard it from such threats because the new strategic thinking is that America has more to gain by taking advantage of a geostrategically central “balancing” core of countries (the C5) in the Eurasian Heartland under the new international conditions that emerged after the failure of its divide-and-rule strategy (though the latter can still be relied upon as the ultimate “insurance policy” per policy objective five).

3. “Expand and maintain support for stability in Afghanistan“: In connection with the above, the US hopes to rely upon the C5 countries as its “Lead From Behind” partners for ensuring Afghanistan’s stability following its inevitable (but not necessarily impending) peace, though it ideally envisages this being executed in mostly economic ways corresponding with the Trump Administration’s general focus on this modus operandi for achieving foreign policy results which will be described more in policy objectives four and six.

4. “Encourage connectivity between Central Asia and Afghanistan“: The US believes that enhanced connectivity between the C5 and Afghanistan will strengthen their collective “balancing” capabilities, but it also encourages them to explore trans-regional integration projects too such as the CASA-1000 power project to Pakistan and the multimodal Lapis Lazuli Corridor to the EU (the latter of which intriguingly overlaps to a large degree with Turkey’s “Middle Corridor” that’s also one of China’s “Silk Roads“).

5. “Promote rule of law reform and respect for human rights“: This policy objective is a double-edged sword — viewed from a positive angle, the US is promoting stability by encouraging the C5 to comply with their people’s growing democratic demands by gradually engaging in “controlled system renewal” through free, fair, and inclusive elections so as to create less of a “legitimate” incentive for anti-government insurgency (and possibly terrorist recruitment), though as seen from the cynical side of things, this could also be exploited as an instrument of pressure to “legitimize” Color Revolution attempts for coercive geostrategic purposes pursuant to the previously mentioned “insurance policy” of relying upon the “black hole” scenario if worst comes to worst.

6. “Promote United States investment in and development of Central Asia“: Unlike the big businesses that typically represent Russian and Chinese economic interests in Central Asia and are often criticized (whether rightly or wrongly) for mostly only benefiting the elite, American investment in the region seeks to serve as a catalyst for improving the livelihoods of the greatest number of grassroots stakeholders as possible by creating opportunities for workers and small & medium enterprises (SMEs) alike to grow, which could be tremendously advanced in the event that the US’ invests in the proposed N-CPEC+ corridor for connecting Central Asia with the global pivot state of Pakistan via Afghanistan and thenceforth more easily to the rest of the global market.

To summarize, the US hopes that its economic-driven policy of engagement with the C5 can improve their collective “balancing” capabilities vis-a-vis Russia and China under the pain of having NGO-led Color Revolution attempts reoccur per policy objective five. Although certainly coercive to a degree, the US is betting that the mutual benefits that its “Strategy For Central Asia 2019-2025” could reap for the region are attractive enough to inspire them to voluntarily cooperate with its vision, but there are still several obstacles to the successful implementation of what it seeks to achieve in the grand strategic sense even if all of the relevant countries are in support of this initiative.

The most obvious of these is that everything hinges on bringing peace to Afghanistan, after which the post-war situation there will largely influence the viability of CASA-1000, the Lapis Lazuli Corridor, and N-CPEC+. Secondly, Russia and China could make more progress on building the Golden Ring between themselves, Pakistan, Iran, and Turkey by that time, thus “embracing” Central Asia with potentially limitless opportunities that far surpass those that the US is offering or “encircling” the region from a zero-sum American strategic perspective and “forcing” it out. As for the third obstacle, it could simply be that the C5 and the US find it difficult to do business with one another for whatever reason, unlike their existing Russian and Chinese partners that they’re much more familiar working with. Taken together, these problems could seriously hinder the effectiveness of the US’ “Strategy For Central Asia 2019-2025”, and the second-mentioned one of building the Golden Ring could even potentially reduce the viability of its “black hole” “insurance policy” scenario.

Having said that, the argument can also be made that the US’ proposals are very constructive, apart from the controversial fifth policy objective. Russia and China shouldn’t fear a more independent and collectively assertive Central Asia since the US’ more confident economic entrance into the region could compel them to “step up their game” and offer the relevant countries better commercial and other terms of cooperation, thus working out to the overall benefit of the region’s population. Ensuring security from Afghan-originating threats is also welcome so long as the US is truly sincere in this respect. Connectivity, whether regional or trans-regional, is one of the defining characteristics of the 21st century that both Great Powers are also advancing, so whether it’s the Lapis Lazuli Corridor or N-CPEC+, neither of them should have any problem with this since China is already making progress on these fronts anyhow and Russia is poised to follow (at least when it comes to N-CPEC+). All told, the US’ “Strategy For Central Asia 2019-2025” therefore isn’t sinister at all, but it might nevertheless fail to succeed if peace doesn’t first prevail in Afghanistan and if the C5 refuses to “balance” “against” the Golden Ring.

0 thoughts on “The US’ Central Asian Strategy Isn’t Sinister, But That Doesn’t Mean It’ll Succeed”