The Power Of Siberia Sets The Stage For E-CPEC+ 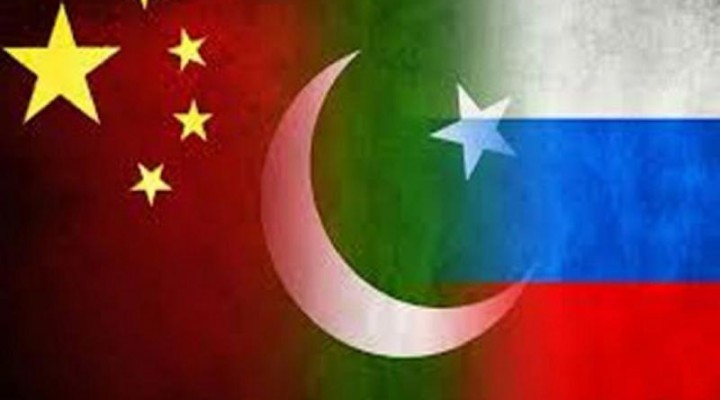 The Power of Siberia pipeline that was just launched between Russia and China earlier this week proves that both countries’ interests coincide with one another when it comes to diversifying their energy partners, which sets the stage for the CPEC-parallel pipeline proposed by the Iranian Ambassador to India back in September to eventually become a reality, which would result in Russia’s offshore gas deposits in the Arabian Sea reaching the growing Chinese energy marketplace via the global pivot state of Pakistan.

Russia and China launched the Power of Siberia (PS) pipeline earlier this week following five years of construction, proving that both countries’ interests coincide with one another when it comes to diversifying their energy partners. Moscow has been seeking reliable customers in the East following the West’s anti-Russian sanctions, while Beijing wants to expand its pipeline portfolio from its near-total dependence on the Central Asian Republics of Kazakhstan, Uzbekistan, and Turkmenistan. This naturally served to bring the two neighboring multipolar Great Powers closer together, and there’s now discussion about one day opening up a second Power of Siberia line (PS-II) via the “Altai Corridor” along their very narrow western border. Should this come to pass, then both countries would surely benefit, but that wouldn’t be the maximum extent of their very promising energy cooperation with each other.

Most of the global media missed it, but back in September, the Iranian Ambassador to India revealed that his country is in negotiations with China over the construction of a CPEC-parallel pipeline. The author caught wind of this groundbreaking news and analyzed it in two separate articles for the now-defunct Eurasia Future and CGTN, “Iran’s CPEC-Parallel Pipeline Plans (E-CPEC+) Could Ruin India’s Regional Vision” (thankfully republished at Global Research prior to Eurasia Future’s closure) and “Iran’s Interest In CPEC Strengthens Regional Integration“, respectively. The idea in its most basic form is that Iran can export its energy to China via the global pivot state of Pakistan, but it can be expanded to include Russia if Moscow has the political will to risk “offending” its Indian “global partner” by being associated with the Belt & Road Initiative‘s (BRI) flagship project of CPEC that New Delhi is so strongly against, as well as risk facing US sanctions for selling Iranian resources.

Russia owns enormous offshore energy reserves in Iran’s portion of the Arabian Sea and has previously signaled interest in constructing the long-delayed Iran-Pakistan-India (IPI) pipeline, though that initiative might never see the light of day due to the ongoing tensions between the latter two countries. At the same time, however, Russia has committed to building Pakistan’s North-South gas pipeline between Karachi with Lahore, so despite the doldrums that the project is reportedly in at the moment, it’s entirely conceivable that a breakthrough such as the one recently reached between the two sides in settling the Soviet-era trade dispute and officially working towards the creation of a “reliable and mutually acceptable banking system” could see the scope of this project expand to complement the Iranian Ambassador to India’s CPEC-parallel pipeline proposal.

That expanded project could be described as E-CPEC+, with the “E” referring both to “East” (relative to the rest of the other CPEC+ corridors that are expected to form the basis of Pakistan’s future foreign policy) and “energy” because of its practical function, and could represent the crowning achievement of quadrilateral cooperation between Russia, China, Pakistan, and Iran. So far-reaching could the geostrategic consequences of this proposal be that even the influential oilprice.com online information outlet recently conceded that “A New Pipeline Could Undo America’s Influence In Asia“. Their reporting on this proposal confirms that it’s not just the author’s “wishful thinking” like some of his critics might have claimed, but is actually a very realistic possibility that’s increasingly attracting attention from others. After all, it was the Iranian Ambassador to India who first revealed that negotiations were ongoing over this project, thus confirming how serious it’s being taken.

Returning back to the lead-in news event that was talked about at the beginning of this analysis, the successful completion of the PS proves that Russia and China have strategic interests in continuing their energy cooperation. This might take the form not only of PS-II, but also E-CPEC+, both of which would dovetail nicely with one another by lessening China’s dependence on Central Asian pipelines while simultaneously serving to have Russia provide energy to the People’s Republic from the northern (PS-II) and southern (E-CPEC+) vectors, thus epitomizing their respective diversification strategies. There aren’t any real hurdles to PS-II, but E-CPEC+ might run into some problems since Russia might not have the political will to risk “offending” its Indian “global partner” and also face more American sanctions for violating the US’ unilateral restrictions against Iran. Thus, the question for Russia comes down to whether the benefits of further strategic cooperation with China are worth the possible costs that could be imposed upon it by India and the US as a result.