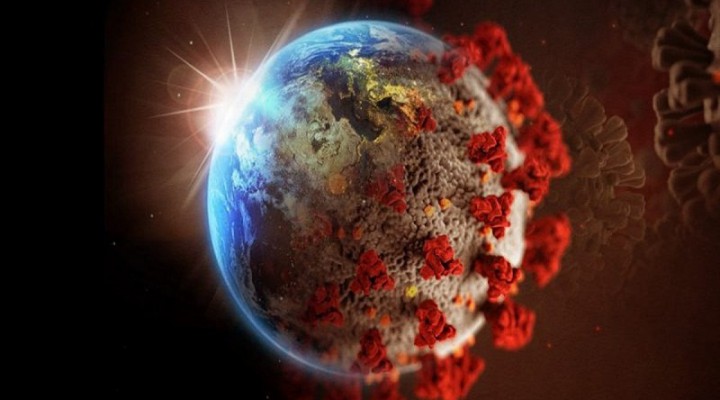 The former Yugoslavia and especially its Serbian Heartland have been abused from abroad as a laboratory for testing new instruments of socio-political control prior to their “perfection” and subsequent export to the rest of the world, and the Balkan country’s second lockdown might be no different in this sense since it’s being conducted for the purpose of experimenting with how the global population will react to the scenario of a second large-scale lockdown across the world following fears of a second COVID-19 wave later this year.

The Serbian capital of Belgrade saw an outbreak of spontaneous protests Tuesday night after President Vucic declared that the city will enter into its second lockdown this weekend ahead of possibly re-imposing this regime all across the country in the coming future. The masses were furious since they had come to accept their government’s comparatively casual response to this epidemiological crisis whereby the state offered sensible guidelines to the population but hadn’t hitherto enforced them in order to let people decide for themselves the best way to act and consequently bear responsibility for their choices. That model has now been done away with by the same government that had previously told people that there wasn’t any serious risk of a second COVID-19 wave in the run-up to last month’s parliamentary elections that essentially turned Serbia into a one-party state for all intents and purposes.

It’s obvious enough in hindsight that the growing number of cases in the country is attributed to the authorities not taking this crisis seriously enough by reopening early and refusing to postpone elections like some had earlier demanded. This makes it all the more infuriating to many folks that they’re now being punished for the self-interested decision that the state made in order to help win it an overwhelming majority of votes just a few weeks ago. It’s neither here nor there whether COVID-19 is really as lethal for the majority of the population as many were led to believe at the onset of its worldwide spread several months ago but to simply point out that it’s being politicized exactly as many people had feared. In this particular case, the lockdown seems to have been lifted the first time around in order to endear the people to the ruling party so as to win it a commanding victory in the elections that were later held, which might now be abused for geopolitical purposes.

In particular, there’s a widespread suspicion that President Vucic plans to sell out Serbia’s legal claim to the historic cradle of its civilization, the NATO-occupied Province of Kosovo & Metohija. Now that his party’s complete control over the country has been “democratically legitimized”, patriotic voices fear that he’ll use this as a cover for claiming that he has a “popular mandate” to “resolve” the issue in the most “pragmatic” way. This line of thinking also leads one to suspect that the scandalous second lockdown might even be a distraction for diverting widespread anger from this scenario and redirecting it towards COVID-19 instead, or even possibly portraying those who come out to protest against any forthcoming “progress” that he makes on this front as being “influenced by ultra-nationalist forces” and “endangering everyone’s lives” considering the supposedly serious epidemiological situation in the country.

Those theories are plausible enough to not be discounted by any objective observer outright, but another more sinister motivation might be behind the government’s decision, one that has nothing at all to do with domestic affairs. Rather, it might very well be due to the desire of the country’s Europhile leader to repeat the historical suffering of his people by once again turning them into guinea pigs in order to curry more favor with his Western allies. In the past, the former Yugoslavia and especially its Serbian Heartland were abused from abroad for testing new instruments of socio-political control prior to their “perfection” and subsequent export to the rest of the world. This started in the 1980s when Yugoslavia became enslaved to international creditors, which led to it implementing austerity policies that ultimately catalyzed its bloody collapse. Then there was the 1999 NATO-led “humanitarian intervention”, the 2000 Color Revolution, and the illegal secession of Kosovo.

From Serbia To The Rest Of The World

All of these models were later exported to the rest of the world to the point where they’re now ubiquitous. It’s now taken so much for granted that international debt can be weaponized by foreign creditors that the US has even hypocritically taken to fearmongering about China’s alleged application of this strategy. The externally exacerbated self-destruction of Yugoslavia along ethno-regional lines left such an impression on the world that this process’ replication elsewhere is popularly referred to as “Balkanization”. So-called “humanitarian interventions” also continued to be waged and even destroyed the former Jamahiriya of Libya. Color Revolutions are so common nowadays that even the US itself is suffering from the blowback of the socio-political technology that it first tested against former President Milosevic. Not only that, but the Syrian Kurds and many other ethno-regional minorities in identity-diverse countries are eager to repeat the Kosovo scenario.

It therefore isn’t “conspiratorial” at all to wonder whether Serbia’s second lockdown is nothing more than a socio-political experiment for testing how the global population will react to the scenario of a second large-scale lockdown across the world following fears of a second COVID-19 wave later this year. Many average folks are afraid of what the author previously described as the “COVID World Order” of dystopian totalitarianism being forced upon the planet under the pretext of containing this contagion. To be clear, COVID-19 is real, it’s lethal for certain members of the population, and it’s regarded as highly contagious, but rather than there being a “global conspiracy” that involves coordination between hatred rivals such as Iran/Syria/Hezbollah vs. “Israel” for example, it’s more likely that individual state-level political actors are independently exploiting the situation exactly as would be expected upon having their psychological reactions manipulated by their fear of COVID-19.

The Serbian people have already suffered more than any other economically developed people in recent history considering the several genocides (Serbocides) that they survived over the last century alone, to say nothing of the psychological shock that they experienced from the 1991 dissolution of Yugoslavia up until the present day’s ongoing NATO occupation of their civilizational cradle of Kosovo. With all due respect to them, they’re the perfect guinea pigs for testing how an already traumatized population will react to having their precious freedoms suddenly yanked away from them a second time in a single year. If they passively accept it without too much resistance, then it’s all but certain that much less victimized people who haven’t experienced anywhere near the horrors that the Serbs have will follow their lead. Should they actively resist in the most high-profile and disruptive ways possible, however, then the second global lockdown might be postponed.

It will probably not be canceled though since the Serbian government’s Western patrons would then rush to its assistance in “advising” their puppet on the “best” way to “perfect” the “right” methods for controlling the population so as to make the second global lockdown a distinct possibility in the coming future. That doesn’t mean that this scenario is inevitable, but just that it appears to be the most likely one in light of the insight that was shared in this analysis, which is why it isn’t an exaggeration to say that the future of the Western world’s freedoms might very well be decided in this seemingly obscure Balkan country. That isn’t to say that every epidemiologically related state recommendation or policy anywhere in the world is intended to take away people’s freedoms, but just that those governments that intend to exploit the situation for that purpose during a second COVID-19 wave will have to think twice before doing so if the Serbian people decisively resist.

Serbia’s second lockdown is an insightful case study in how populations respond to having their recently earned post-lockdown freedoms unexpectedly suspended for the second time in a single year after their own government worsened the epidemiological situation in the country for self-interested political reasons and thus brought this scenario upon itself. The response of the Serbian people — either passive acceptance or active resistance — will greatly determine whether other countries follow suit and impose copycat lockdowns in the coming future following fears of a second COVID-19 wave later this year. Some might have innocent intentions to save lives while others might have more nefarious motives related to imposing the dystopian totalitarianism of the COVID World Order upon their captive populations, but in both cases, they’ll be watching real closely to see how the Serbian people react before making their own decisions in this respect.

On Maintaining Perspective In The Year 20 Fucking 20