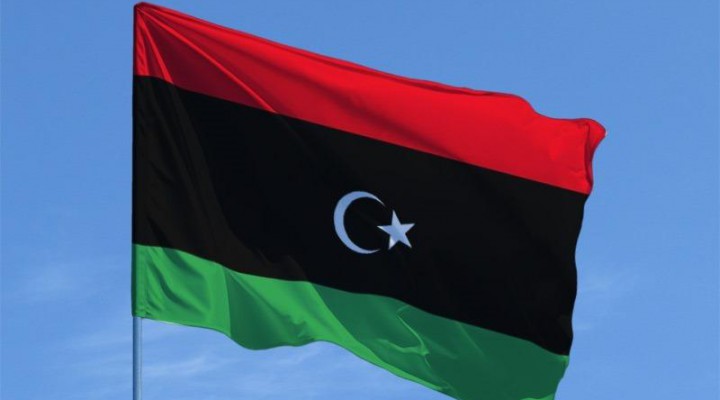 Russia’s Libyan peace summit in Moscow didn’t succeed with its stated objective of getting the warring parties to agree to a ceasefire agreement after they failed to find any common ground with one another, but it was nevertheless a good start which showed just how influential the trans-regional Russian-Turkish Strategic Partnership has become, especially since it paved the way for this weekend’s upcoming peace talks in Berlin.

Russia was left sorely disappointed after the Libyan Summit that its diplomats organized in Moscow on Monday failed to achieve its stated objective of getting the warring parties to agree to a ceasefire agreement after they couldn’t find any common ground with one another. Prime Minister Sarraj of the UN-recognized Government of National Accord (GNA) refused to meet with General Haftar of the eastern-based House of Representative’s Libyan National Army (LNA), which was the first sign that the hoped-for pragmatism between them that both Russia and Turkey worked so hard to facilitate probably wasn’t going to happen. The author wrote about the high hopes that this unexpected summit held in his analysis asking “Who’d Have Thought 9 Years Ago That Russia & Turkey Would Bring Peace To Libya?“, the title of which turned out to be premature despite its organizer’s expectations. Nevertheless, there are still some very significant lessons to be learned from this experience that will be discussed in the present piece.

First off, regardless of the speculative role that Russia’s possible mercenaries in Libya may or may not have played in compelling General Haftar to attend the summit in the first place (the working hypothesis of which was elaborated on in the previously cited piece above), the eastern strongman has shown that he’s not willing to undertake what he believes to be unilateral concessions. Rather, he thought that he could pressure his opponent into doing exactly that by demanding that his troops be allowed to enter Tripoli, something that the GNA obviously wasn’t going to agree to. Another point of contention was that General Haftar was reportedly upset at Turkey’s military and diplomatic intervention in the conflict, as well as the draft ceasefire not making any mention of Ankara’s troops withdrawing or the dismantlement of all of Tripoli’s GNA-allied militias that he regards as terrorists. To be fair, the GNA also made an unrealistic demand of the LNA. Prime Minister Sarraj wanted General Haftar to withdraw from Tripoli’s outskirts and possibly even as east to where his forces originally were before they launched their nationwide offensive early last year.

Just because the Libyan Summit failed to have any tangible outcome, however, doesn’t mean that it “collapsed” or was in and of itself a “failure”, as argued by Director of the Russian Academy of Sciences’ Institute of Oriental Studies Vitaly Naumkin. Foreign Minister Lavrov, while lamenting that the meeting’s main goal wasn’t achieved, also expressed hope that this experience could set into motion a more comprehensive peace process involving all of the relevant stakeholders. He said that “all efforts now taken by Europeans including Germans, the French, Italians, the efforts by Libyan neighbors – Algeria, Egypt – as well as the UAE, Turkey, Qatar and Russia, we want to piece them all together so that everyone acts in one direction and urges all Libyan parties to reach agreements rather than sort things out militarily.” This is especially pertinent considering this weekend’s planned peace talks in Berlin on 19 January, which were agreed to by Chancellor Merkel and President Putin during the former’s visit to Moscow last Saturday.

In the five-day run-up to that event, the question thus becomes one of whether or not the unofficial ceasefire will hold up until then seeing as how fighting resumed after General Haftar left Moscow without signing the deal. He and his GCC+ allies might be calculating that they could possibly make a last-ditch push on the capital to take as much as possible in order to improve their leverage ahead of the upcoming peace talks, if not seize the capital outright (which is unlikely in the speculative event that the Russian mercenaries that were reportedly fighting alongside him ceased their operations out of “patriotic inspiration” following President Putin’s ceasefire proposal like the author earlier hypothesized). Should the GNA survive long enough for an official ceasefire to eventually be agreed to more or less on General Haftar’s terms (seeing as how he’s powerful enough to not unilaterally withdraw from the capital’s outskirts, let alone all the way to where he was prior to the onset of last year’s nationwide campaign), then Russia has a UN-linked peace plan ready to implement.

It was reported by TASS on Monday that the Eurasian Great Power would deploy what are presumably intended to be Syrian-like peacekeeping forces to Libya. The exact passage of relevance reads that “the function of ceasefire control will be placed in the hands of Russia as a foreign party”, strongly resembling the role that it already fulfills in the Arab Republic alongside Ankara. Although the Moscow ceasefire envisaged a moratorium on the deployment of Turkish forces to Libya, it’s likely that the two strategically partnered countries would cooperate just as closely in that North African war zone as they presently do in the Levantine one, thus possibly representing yet another joint military achievement. These details might change by next week pending the outcome of the Berlin peace talks, but it’s probable that the spirit of the original proposal will remain wherein Russia plays a leading role in preserving any ceasefire per its “balancing” strategy of having equally excellent relations with both primary sides in that conflict (and in mostly any other one more broadly).

The Power Behind The Proxy

Provided that General Haftar doesn’t take Tripoli before next Sunday’s peace talks, then the most realistic way to compel him into “compromising” with Prime Minister Sarraj is to pressure his GCC+ backers, specifically the Emirati and Saudi ones (which strongly influence his closest Egyptian military ally through financial means). They’re the only ones that could possibly “rein him in”, but they both have their own interests in not doing so, at least at this point in time. It’s unforeseeable that any of the attendees apart from perhaps Turkey would consider sanctioning those oil-rich monarchies if they don’t do what’s requested of them, thus taking the “bite” out of their “bark”, but there might be other ways to get them to enter into a pragmatic agreement in the name of peace. That of course remains to be seen since it’s not yet known what “tricks” any of the attendees might have up their sleeves, but in any case, observers should keep an eye on that facet of the negotiations since General Haftar won’t be stopped unless his GCC+ backers signal that it’s time for him to finally do so.

It was already an impressive diplomatic feat for Russia to organize an impromptu peace summit on Libya in Moscow on Monday (with Turkey’s assistance) even if it didn’t attain its main goal of getting both warring parties to sign an official ceasefire agreement. Moscow and Ankara proved that they’re nowadays important enough players in the conflict (each for different reasons) that their interests can’t be ignored, both individually but especially also collectively per their trans-regional strategic partnership, thus placing them in the same league as the many other stakeholders like Libya’s neighbors, the EU, and the GCC+ who have long had their own interests in the outcome. General Haftar must know that it’s “now or never” wherein he either captures Tripoli before Sunday’s peace talks in Berlin or he’ll probably have to eventually settle for a power-sharing agreement with Prime Minister Sarraj. It’s unclear whether his LNA and its GCC+ backers are powerful enough to accomplish this, though, so that variable remains the wild card to watch over the next five days.