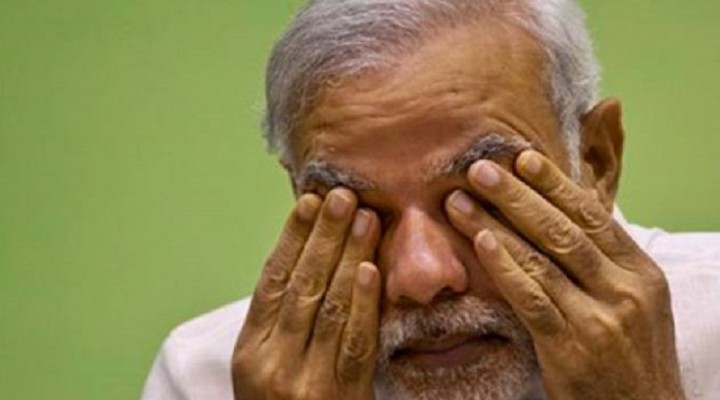 The death of at least 20 members of the Indian military during non-firearm clashes with China along their disputed frontier in Kashmir has been extremely demoralizing for this already distressed institution, but it’s all due to Modi’s major Himalayan mistake in thinking that he can reap immediately tangible benefits from his new American patron by making a show out of “containing” China.

Modi’s Latest Mistake Was His Worst One Yet

At least 20 members of the Indian military were killed during non-firearm clashes with China earlier this week along their disputed frontier in Kashmir, which crushed the morale of this already distressed institution. Publicly financed Russian international media outlet Sputnik, citing Indian government sources, reported that they died after Chinese soldiers attacked them with “stones” and “iron rods as well as batons wrapped in barbed wire”. Sputnik also said that “Many of the unarmed men (OneWorld Note: this means that they weren’t armed with firearms but could have conceivably had other weapons just like their Chinese counterparts did) jumped into the Galwan River in an attempt to escape.” Others, they reported, “who were critically injured at the standoff location died after exposure to sub-zero temperatures.” This epic disaster wouldn’t have happened, however, had it not been for Modi’s major Himalayan mistake in thinking that he can reap immediately tangible benefits from his new American patron by making a show out of “containing” China.

Before explaining the strategic drivers behind India’s misguided strategy of aggression against China, it’s important to emphasize just how demoralizing of a development this was for the country’s armed forces. According to a report from Modern Diplomacy asking “Why more Indian soldiers die in suicides and fratricides than in combat?“, “One jawan (OneWorld Note: this means ‘soldier’) commits suicide every third day.” Quite clearly, there are deep systemic problems driving this epidemic in the military, including discrimination against soldiers by their superiors for ethno-religious or caste-based reasons, insufficient rations that leave some recruits on the brink of starvation, and a lack of support for their illegal occupation of Kashmir where most of the suicides take place and the latest clash with China occurred. Against this backdrop, one can only imagine how crushing it was to the Indian military’s already dismal morale to have so many of their members killed by the Chinese without a shot being fired and die of the cold simply because their military couldn’t rescue them.

Many in India had hitherto been brainwashed by their government-pressured media into thinking that China was a so-called “paper tiger”, but recalling that their country proudly associates itself with the image of the elephant (patient but powerful, as its proponents allege), India itself can be described as a “paper elephant” following the recent disaster in Kashmir. So many of its military members died in brutal face-to-face combat, not because someone pulled a trigger or pressed a button from far away. Others fled in fear and basically committed suicide by jumping off the mountains into a nearby river, while still others died unnecessarily of the cold because their military lacked the political will and/or physical means to rescue them. The Bollywood-propagated myth of India as a so-called “superpower” was conclusively shattered once and for all, which explains society’s literal shock at what happened and its leadership’s inability to even comment on the matter immediately after it transpired. The “politically inconvenient” fact is that the “paper elephant” was just shredded by a real tiger.

India should have known better than to have tested China’s resolve by invading its territory under the mistaken belief that the People’s Republic was supposedly just a “paper tiger”, but it did so anyhow for two interconnected reasons as the author wrote in his recent piece for CGTN about how “India Must Urgently Refrain From Its Strategy Of Regional Aggression“. The Hindu nationalist BJP wants to carve “Akhand Bharat” (Greater India) out of “Greater South Asia” (which includes parts of China’s Xinjiang and Tibet regions) so as to impose a “Hindu Rashtra” (Hindu fundamentalist state) upon the region. It’s been encouraged by the US in pursuit of this ideological-geopolitical goal since America regards India as a proxy for “containing” China. Prime Minister Modi thought that he could reap immediately tangible benefits from his country’s new ally through India’s failed foray, but America has thus far refrained from formally intervening in the conflict, whether militarily or diplomatically.

Three of the author’s recent pieces shed some relevant insight on the US’ strategic aims in this proxy war and should be reviewed by the reader in order to familiarize themselves with its Machiavellian objectives:

* 14 May 2020: “India Is Intensifying Its American-Backed Hybrid War On China”

* 18 June 2020: “Korybko To Indian Media: The Indian-Chinese Clash Will Hamstring BRICS & The SCO”

In summary, the American goal is to misportray China as the “aggressor”, solidify its emerging trans-regional alliance against it in response, restructure supply chains away from the People’s Republic, and thus “contain” it.

The US will likely provide some tangible form of these envisioned benefits to India with time, but the fact that they haven’t immediately materialized in the aftermath of the recent clash has humiliated India as a country and especially its armed forces. The ultra-nationalist sentiment that the ruling party has cultivated over its past six years in power is at risk of backfiring against it since approximately 1,3 billion people have just realized that they’ve been lied to by their leaders this entire time about their civilization-state supposedly being a “superpower”, only to be exposed as the “paper elephant” that it’s always been. This dangerously means that the authorities might undertake another military foray against what they consider to be a less formidable military foe in order to “save face” and distract the agitated masses. This scenario could take the form of another false flag provocation against Pakistan like last February’s (with predictably similar self-inflicted humiliation), an attack against Nepal, or another “surgical strike” against Naga rebels hiding out in Myanmar.

There’s no going back to the status quo ante bellum wherein India unconvincingly tried to deceive China into thinking that its much-ballyhooed policy of so-called “multialignment” with the US wasn’t really a strategic pivot aimed at “containing” the People’s Republic. India learned the hard way that there’s a tremendous difference between its domestically-targeted propaganda against China and the cold reality of the Chinese military. Just as there’s no returning to the prior state of affairs between the two countries, so too is there no return to how the average Indian previously perceived of their military’s strength. The “paper elephant” was shredded into pieces by the Chinese tiger without a shot being fired, and the Indian military was unprecedentedly humiliated. The resultant demoralization that’s expected to take hold of the entire armed forces in the aftermath of Modi’s major Himalayan mistake will likely ensure that it’ll never regain its prior confidence, which could prove catastrophic when it comes to defending what it regards as its national interests.