HOME / Economy / Afghan Peace and the Prospects of Economic Connectivity 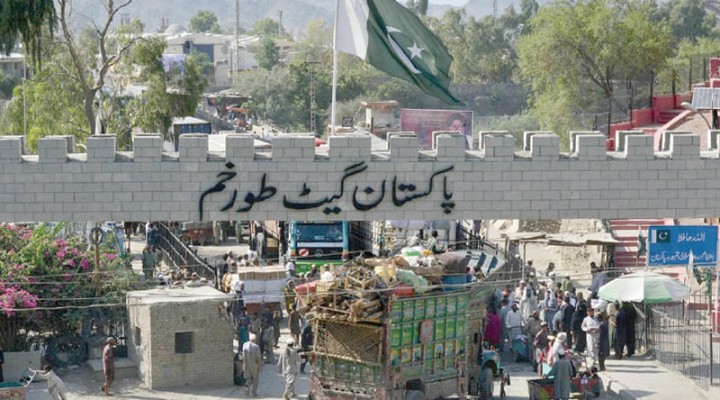 The Doha Deal, the first phase of what the U.S. envisages to be a more comprehensive Afghan Peace Deal, promises a new era for the region if it is successfully implemented. The deal would not necessarily harm American interests but simply see it changing the manner in which it exerts its influence across this strategic space.

All eyes are on Afghanistan after the Doha Deal of 29 February saw the U.S. and the Taliban agree to the first phase of what is envisaged to be a more comprehensive Afghan Peace Deal. The agreed-upon terms stipulate that the U.S., its allies, and the coalition will withdraw all of their forces – importantly, also including private security contractors – within 14 months. All that is conditional on the initiation of intra-Afghan peace talks, the latter of which might prove to be a stumbling block. In any case, it is important to forecast the geo-strategic implications in the event that both deals are successfully implemented, as this could usher in a new era for the region.

The first most likely consequence is that the Taliban will either eventually lead Afghanistan or become its kingmakers, something which explains why the U.S. promised to lift its own sanctions against the group and then lobby the international community to follow suit as the peace process unfolds. This amounts to the de-facto “rehabilitation” of the Taliban from the days when its members were regarded as outcasts for their alleged role in facilitating the 9/11 terrorist attacks and then subsequently waging their 19-year-long insurgency against the foreign occupiers that invaded their homeland in response.

The Taliban are known to be extremely pragmatic, meaning that they are open to cutting deals with any interested players. In effect, this could see the group ensuring the safety of trade routes across their “land-linked” country. This is pretty much similar to how landlocked Laos nowadays promotes to emphasize its geo-strategic significance in its own region. From the American perspective, this could enable them to use the country’s territory as transit space for enhancing their economic interests in Central Asia per its recently unveiled “Strategy For Central Asia 2019-2025”.

Building upon that observation, it naturally follows that Pakistan would become the terminal point in this connectivity network, with this prospective northward-focused trade corridor representing what the author previously described as N-CPEC+, or the northern branch of CPEC towards Afghanistan and the Central Asian Republics en route to Russia. Although the U.S. has no intentions of using N-CPEC+ to trade with Russia, Pakistan could take advantage of any American investments along this route to that end, which could in turn strengthen its influence in the former Soviet Republics.

Likewise, the post-war stabilization of Afghanistan and the progress that could prospectively be made on actualizing N-CPEC+ with American support could see Russia using this corridor for the same purposes, thereby revolutionizing the region’s geo-strategic significance by bringing together disparate ends of Eurasia for the first time in modern history. The twist is that the U.S. would play a leading role in this initiative for its self-interested reasons of expanding its influence there through economic means instead of the military ones that it currently relies upon, but that would not necessarily have a negative impact on anyone.

Rather, it could have a very positive one by inspiring all relevant geopolitical players to step up their game in order to make their goods, services, and investments more competitive, which would naturally work out to the benefit of the majority of the people in the recipient states such as Pakistan, Afghanistan, and the Central Asian Republics. Instead of the fierce geopolitical competition that is historically been waged in this part of the world through mostly military means, a new era of economic competition could arise which would lead to greater stability and development for the nearly 300 million people of this greater region.

Prognosticating ahead somewhat, the improvement of people’s living standards and growth of their income levels could have unpredictable political consequences in some of the countries with comparatively more centralized systems, potentially encouraging more grassroots reform, albeit in a managed way in order to avoid inadvertently destabilizing these diverse and sometimes conflict-prone states. This trend will have to be closely followed and responsible policies implemented in response to it in order to ensure that the region experiences a true renaissance and doesn’t revert back to becoming a cauldron of chaos that could be exploited by others.

0 thoughts on “Afghan Peace and the Prospects of Economic Connectivity”