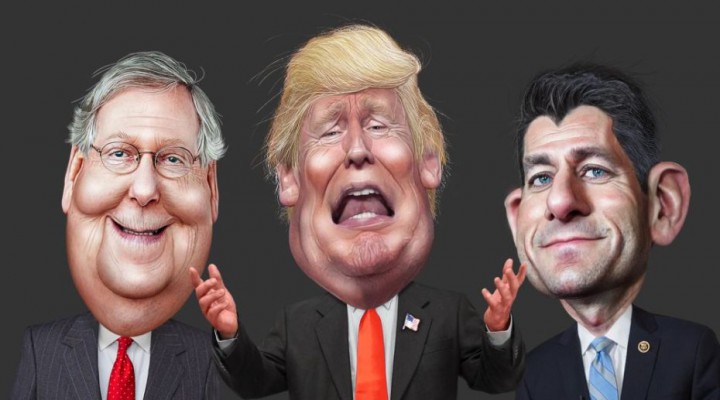 David Wurmser is Matryoska’s ‘doll’ within: no military invasion, but just a strategy to blow apart the Iranian Republic.

On the 17 September 1656, Oliver Cromwell, a Protestant Puritan, who had won a civil war, and had the English king beheaded in public, railed against England’s enemies. There was, he told Parliament that day, an axis of evil abroad in the world. And this axis – led by Catholic Spain – was, at root, the problem of a people that had placed themselves at the service of ‘evil’. This ‘evil’, and the servitude that it beget, was the evil of a religion – Catholicism – that refused the English peoples’ desire for simple liberties: “… [an evil] that put men under restraint … under which there was no freedom … and under which, there could be ‘no liberty of individual consciousness’”.

That was how the English protestant leader saw Catholic Spain in 1656. And it is very close to how key orientations in the U.S. sees Iran today: The evil of religion – of Shi’ism – subjecting (they believe) Iranians to repression, and to serfdom. In Europe, this ideological struggle against the ‘evil’ of an imposed religious community (the Holy ‘Roman’ Axis, then) brought Europe to ‘near-Armageddon’, with the worst affected parts of Europe seeing their population decimated by up to 60% during the conflict.

Is this faction in the U.S. now intent on invoking a new, near-Armageddon – on this occasion, in the Middle East – in order, like Cromwell, to destroy the religious ‘community known’ as the Shi’a Resistance Axis, seen to stretch across the region, in order to preserve the Jewish “peoples’ desire for simple liberties”?

Of course, today’s leaders of this ideological faction are no longer Puritan Protestants (though the Christian Evangelicals are at one with Cromwell’s ‘Old Testament’ literalism and prophesy). No, its lead ideologues are the neo-conservatives, who have leveraged Karl Popper’s hugely influential The Open Society and its Enemies – a seminal treatise, which to a large extent, has shaped how many Americans imagine their ‘world’. Popper’s was history understood as a series of attempts, by the forces of reaction, to smother an open society with the weapons of traditional religion and traditional culture:

Marx and Russia were cast as the archetypal reactionary threat to open societies. This construct was taken up by Reagan, and re-connected to the Christian apocalyptic tradition (hence the neo-conservative coalition with Evangelists yearning for Redemption, and with liberal interventionists, yearning for a secular millenarianism). All concur that Iran is reactionary, and furthermore, the posit, poses a grave threat to Israel’s self-proclaimed ‘open society’.

The point here is that there is little point in arguing with these people that Iran poses no threat to the U.S. (which is obvious) – for the ‘project’ is ideological through and through. It has to be understood by these lights. Popper’s purpose was to propose that only liberal globalism would bring about a “growing measure of humane and enlightened life” and a free and open society – period.

All this is but the outer Matryoshka – a suitable public rhetoric, a painted image – that can be used to encase the secret, inner dolls. Eli Lake, writing in Bloomberg, however, gives away the next doll:

“Since President Donald Trump ordered the drone strike that killed [Soleimani – justified in terms of deterrence, and allegedly halting an attack] … a handful of Trump’s advisers, however, [espied another] strategic benefit to killing Soleimani: Call it regime disruption …

“The case for disruption is outlined in a series of unclassified memos sent to [John Bolton]in May and June 2019 … their author, David Wurmser, is a longtime adviser to Bolton who then served as a consultant to the National Security Council. Wurmser argues that Iran is in the midst of a legitimacy crisis. Its leadership, he writes, is divided between camps that seek an apocalyptic return of the Hidden Imam, and those that favour of the preservation of the Islamic Republic. All the while, many Iranians have grown disgusted with the regime’s incompetence and corruption.

“Wurmser’s crucial insight [is that] – were unexpected, rule-changing actions taken against Iran, it would confuse the regime. It would need to scramble,” he writes. Such a U.S. attack would “rattle the delicate internal balance of forces and the control over them upon which the regime depends for stability and survival.” Such a moment of confusion, Wurmser writes, will create momentary paralysis — and the perception among the Iranian public that its leaders are weak.

“Wurmser’s memos show that the Trump administration has been debating the blow against Soleimani since the current crisis began, some seven months ago … After Iran downed a U.S. drone [in June], Wurmser advised Bolton that the U.S. response should be overt and designed to send a message that the U.S. holds the Iranian regime, not the Iranian people, responsible. “This could even involve something as a targeted strike on someone like Soleimani or his top deputies,” Wurmser wrote in a June 22 memo.

In these memos, Wurmser is careful to counsel against a ground invasion of Iran. He says the U.S. response “does not need to be boots on the ground (in fact, it should not be).” Rather, he stresses that the U.S. response should be calibrated to exacerbate the regime’s domestic legitimacy crisis.

So there it is – David Wurmser is the ‘doll’ within: no military invasion, but just a strategy to blow apart the Iranian Republic. Wurmser, Eli Lake reveals, has quietly been advising Bolton and the Trump Administration all along. This was the neo-con, who in 1996, compiled Coping with Crumbling States (which flowed on from the infamous Clean Break policy strategy paper, written for Netanyahu, as a blueprint for destructing Israel’s enemies). Both these papers advocated the overthrow of the Secular-Arab nationalist states – excoriated both as “crumbling relics of the ‘evil’ USSR” (using Popperian language, of course) – and inherently hostile to Israel (the real message).

Well (big surprise), Wurmser has now been at work as the author of how to ‘implode’ and destroy Iran. And his insight? “A targeted strike on someone like Soleimani”; split the Iranian leadership into warring factions; cut an open wound into the flesh of Iran’s domestic legitimacy; put a finger into that open wound, and twist it; disrupt – and pretend that the U.S. sides with the Iranian people, against its government.

Eli Lake seems, in his Bloomberg piece, to think that the Wurmser strategy has worked. Really? The problem here is that narratives in Washington are so far apart from the reality that exists on the ground – they simply do not touch at any point. Millions attended Soleimani’s cortege. His killing gave a renewed cohesion to Iran. Little more than a dribble have protested.

Now let us unpack the next ‘doll’: Trump bought into Wurmser’s ‘play’, albeit, with Trump subsequently admitting that he did the assassination under intense pressure from Republican Senators. Maybe he believed the patently absurd narrative that Iranians would ‘be dancing in the street’ at Soleimani’s killing. In any event, Trump is not known, exactly, for admitting his mistakes. Rather, when something is portrayed as his error, the President adopts the full ‘salesman’ persona: trying to convince his base that the murder was no error, but a great strategic success – “They like us”, Trump claimed of protestors in Iran.

Tom Luongo has observed: “Trump’s impeachment trial in the Senate begins next week, and it’s clear that this will not be a walk in the park for the President. Anyone dismissing this because the Republicans hold the Senate, simply do not understand why this impeachment exists in the first place. It is [occurring because it offers] the ultimate form of leverage over a President whose desire to end the wars in the Middle East is anathema to the entrenched powers in the D.C. Swamp.” Ah, so here we arrive at another inner Matryoshka.

This is Luongo’s point: Impeachment was the leverage to drive open a wedge between Republican neo-conservatives in the Senate – and Trump. And now the Pelosi pressure on Republican Senators is escalating. The Establishment threw cold water over Trump’s assertion of imminent attack, as justification for murdering Soleimani, and Trump responds by painting himself further into a corner on Iran – by going the full salesman ‘monte’.

On the campaign trail, the President goes way over-the-top, calling Soleimani a “son of a b—-“, who killed ‘thousands’ and furthermore was responsible for every U.S. veteran who lost a limb in Iraq. And he then conjures up a fantasy picture of protesters pouring onto the streets of Tehran, tearing down images of Soleimani, and screaming abuse at the Iranian leadership.

It is nonsense. There are no mass protests (there have been a few hundred students protesting at one main Tehran University). But Trump has dived in pretty deep, now threatening the Euro-Three signatories to the JCPOA, that unless they brand Iran as having defaulted on JCPOA at the UNSC disputes mechanism, he will slap an eye-watering 25% tariff on their automobiles.

So, how will Trump avoid plunging in even deeper to conflict if – and when – Americans die in Iraq or Syria at the hands of militia – and when Pompeo or Lindsay Graham will claim, baldly, ‘Iran’s proxies did it’? Sending emollient faxes to the Swiss to pass to Tehran will not do. Tehran will not read them, or believe them, even if they did.

It all reeks of stage-management; a set up: a very clever stage-management, designed to end with the U.S. crossing Iran’s ‘red line’, by striking at a target within Iranian territory. Here, finally, we arrive at the innermost doll.

Cui bono? Some Senators who never liked Trump, and would prefer Pence as President; the Democrats, who would prefer to run their candidate against Pence in November, rather than Trump. But also, as someone who once worked with Wurmser observed tartly: when you hear that name (Wurmser), immediately you think Netanyahu, his intimate associate.