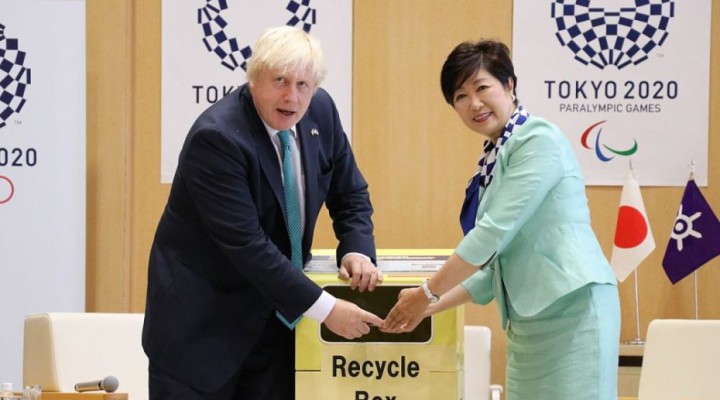 Boris Johnson has done the impossible – but done it by doing the precise opposite of what conventional rationalism would have expected.

The Brexit issue is settled (with the clear election outcome): We can now exhale our held breath, and with a sigh of relief, sink deeper into our chairs, and turn our attention to other issues. Or, can we? Is life about to normalise? Maybe ‘not’.

In the space of six months, Johnson as PM acquired a thoroughly demoralised and conflicted state, and turned it into a political triumph. Since Johnson took over, his impact has been revolutionary: he has ‘done it’; done the impossible – but done it by doing the precise opposite of what conventional rationalism would have expected.

Here he was, leading a minority government up and against an exceedingly hostile and prickly parliament. What would a rational leader do in such circumstances? Be emollient; bring people onside; reach out for support? Not Johnson. No, he simply sheared-off his party’s most liberal wing – thereby condemning him to being a PM with a worse ‘majority’, hitting minus 40 — and consequently having to face his policies being serially defeated by any ‘Tom, Dick or Harry’ clutch of MPs who wanted throw a wrench in the works.

He topped off this particular behavioural ‘oddity’ by explicitly saying that he would sacrifice Home Counties Tory (metropolitan) seats in a gamble to breach Labour’s ‘red wall’ of north Wales and northern England’s staunch ‘red’ (i.e. Labour) seats. Some of those constituencies – now Tory – had never voted Tory. Some had last voted Tory in the 19th century. What hubris. But it worked – and Johnson now has the chance to re-define Britain as few politicians – ever – have had such opportunity.

The point here is that such radicalism – such contrarian behaviour – does not, will not, end with this month’s election success. Johnson truly has inverted the UK’s political map – away from the post-war norm – in ways that other politicians in other countries, cannot but note, and perhaps seek to emulate for their own circumstances. His radical approach may offer a ‘case study’ for how to break out from Europe’s post-war stasis.

Many will deny this – saying that this is but a parochial, British affair – all about Brexit. And that the election outcome was merely a victory for a pro-Brexit stance, rather than constituting the remaking of the ‘national polity’.

Of course it is early days. Mistakes will be made. Yet this misses the point: “Johnson and his team have a very different vision of Brexit: Johnson argued in his interview with The Spectator during the campaign that the vote to Leave was driven by regional inequality. This diagnosis means that his prescription is for a Brexit that results in an economic model that works better for the whole country”.

“This will be the priority, and it will confuse those who think of this government as some kind of triumph of laissez-faire economics … He is thinking about how government can raise up those parts of the country that have been neglected. He is interested in regional and industrial strategy, projects which have a bad name in Centre–Right circles”. Or, in other words, how to deliver to the ‘deplorables’ who have languished economically in the Red Wall constituencies, a better economy – and a rejuvenated living environment.

Just to be clear — this is the opposite of laissez-faire.

One part of the country – its national ‘extent’ – overwhelmingly white, largely working class, poorer than average, and now older than average – had been Labour’s core constituency. It had stuck with Labour, even as the Party transformed, under Blair, into a movement fully in line with the Washington Consensus and the ‘Davos bubble’.

Over time however, Labour’s new vote has become smaller, more metropolitan, wealthier, more diverse, younger, and more educated; or, in other words, more ‘Davos’. Whereas, the Conservative vote has become poorer, whiter, older, less educated, and more provincial – more like the GOP deplorable constituency in the US, in short.

Here is the point. The underlying dynamics are not just about Brexit, as Johnson sees it; but are about where today’s neo-liberal, financialised, economic experiment has taken Britain; and taken the world. Wealth has drained from the 60% – from the peripheral extent – to a metropolitan élite hub. Not just in Britain, but everywhere.

Now we may witness a bold experiment, focused on undoing the sucking of all incremental wealth into the metropolitan hub, about to unfold. And if the experiment succeeds; if the public realm in the national ‘extent’ can indeed be uplifted; if the Johnson government can achieve this, it will become a pilot project for many others. All the signs are that Johnson intends to pursue this aim — as a true ‘Jacobin’. Cummings and Johnson are contemplating a veritable cultural revolution in the UK’s governance.

This is the wider message to the UK’s election result. The metropolitan, ‘Davos leaderships’ of today’s Left – whether in UK, the US or Europe, have become severed from their base (like Labour), and neglectful to the concerns of their hinterland constituencies. We have only to look to Angela Merkel’s coalition partner, the Social Democrats (SPD), for an example of why the UK election is no mere parochial British affair. The SPD have just elected a new radical leadership – hostile to the governing coalition – in reaction to their collapse as a political force, precisely because they, too, have wandered far from their core constituency.

How does Johnson plan to do it? How can the degraded hinterland extent be energised; its dilapidation cured? Again – Johnson opts for non-standardised responses: By the state investing heavily in R&D to seed and incubate entrepreneurial tech activity (a recognition of the growing tech ‘war’ between the US and China, and the need for European states to have the wherewithal to find a new niche, between two trampling giants). And by investing in transport infrastructure, and in free ports. The idea is simple: to have zones where goods can move back and forth without paying customs duties. The Tories are committed to creating ten of them (i.e. spreading and shifting economic activity around Britain).

In a recent interview, Ashton Carter, the former US Defence Secretary, speaking about China, laments that the US free trade, liberal market paradigm – whose absolute ascendency, so short a time ago, was thought to be absolute – is unexpectedly now being challenged by other economic models: by mixed economies, such as that of China, having some aspects of a laissez faire, market economy, but with the whole subjected to a state-led direction.

Well, is that not exactly what Johnson’s team seem to have in mind? A radical challenge to the prevailing economic paradigm? Chinese leaders would understand it immediately.

And though it is too early to ‘call’, might this be a first step too, leading Johnson away from the dominant US model of monetary management for today’s economies? Are these the further signs of a trend that Carter finds so troubling?

The UK’s political map already has been inverted. And now, its economic model stands to be re-cast (either towards a new framework linked with Europe; or as a radical freewheeling, trading platform). The Tory Manifesto was a tilt towards the EU economic model, and an implicit repudiation of ‘Singapore on the Thames’ — no radical tax breaks; corporation tax held at 19%; income tax rates remaining at the upper end of the OECD levels (aligned to the EU rather than the world beyond); and only (modest) changes to National Insurance (with an eye to the Red Wall constituencies). Yet, Johnson ultimately faces a binary choice: Either the UK moves into the US regulatory and trading orbit, or it remains within the EU’s rather different orbit, hemmed in by maximalist ‘level playing-field’ clauses, and not really rid of EU law.

Will Johnson surprise here, as well? Conventional thinking is that it is just not possible to negotiate a trade agreement by end-December 2020 (the cut-off date which the Tories are making binding on themselves – in law).

Does this mean the PM will ‘make do’ then with a quick ‘off-the-shelf’ style FTA agreement such as the Canada FTA? Though, if Johnson seeks less UK alignment to Europe’s ‘level playing field’ regulations than the EU will accept, the EU may only offer Johnson a Canada minus FTA (i.e. tariffs). Would that do?

Might again Johnson take an unexpected turn? It is not clear that the government has decided in detail yet, what it wants for Britain. And it is too early to judge whether the EU will seek to ‘raise the bar’ on Johnson in ‘playing field’, regulatory terms.

But would he forsake his plans to re-balance Britain’s two-tier economy, just for the sake of coming to terms with an adamant EU? It might precisely lose him those Red Wall constituencies that he must consolidate as Tory ‘blue’. The thing is, that with a majority of 80, and an intake of newbie MPs, who all owe their election to Johnson, he does have a remarkably free hand to make strategic decisions about the future.

Together with Brexit, Johnson’s election triumph marks the ‘end of the beginning’ of the story of the painful structural transformations that will be demanded of the British people – and not an end in, and of itself.

Johnson’s 2014 book about Churchill, The Churchill Factor, carries a subtitle, How One Man Made History which seems to exemplify Johnson’s conviction that that life can be bent to the will of one determined man. What Johnson inherits, however is a series of strategic decisions which personality alone will not resolve: from the trade-offs to be made in Britain’s post-Brexit relationship with Europe, to re-building the Red Wall economies, and to finding Britain’s new economic ‘niche’.

None of these challenges is insurmountable, but they do require Johnson to be as effective with power as he has been at getting it. We imagine that Whitehall will be in shock at finding how radical (and ruthless) he may prove to be in remaking Whitehall’s regulatory, legal, and economic order. Others too will look on this Johnson-Cummings ‘revolution’ with close interest – as a litmus for the future.