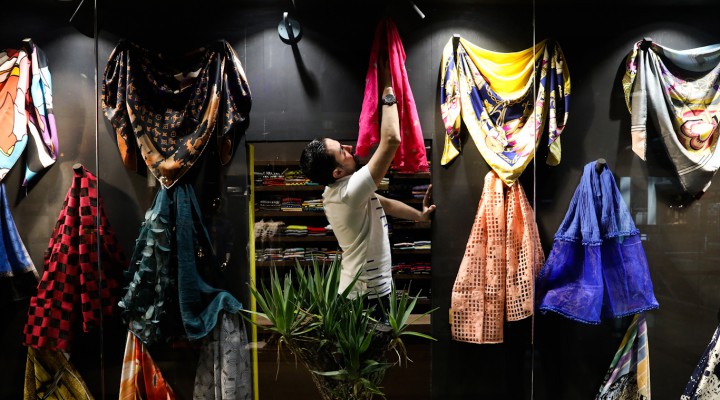 According to the State Department, it was the world that was wrong, not Washington. Secretary of State Mike Pompeo described the decision to reject their “reasonable resolution” and side with “the world’s leading state sponsor of terrorism” as “inexcusable.”

MPN– The latest chapter in the sometimes Orwellian world of Middle Eastern politics occurred this weekend, as the Trump administration, which unilaterally walked away from Obama’s Iran deal, attempted to convince the world to enact a global arms embargo on the Islamic Republic, citing the very treaty it had itself destroyed. President Trump said he was unlikely to attend any proposed multilateral meetings, while his ambassador to the United Nations, Kelly Craft, was more explicit, stating that “in the coming days, the United States will follow through” on its threat to trigger supposed “snapback” sanctions on the embattled Middle Eastern nation.

Washington’s attempts to push through a worldwide arms embargo unsurprisingly fell flat at the United Nations on Friday, with only the Dominican Republic backing Washington’s punitive proposals, and all other members of the 15-country Security Council abstaining, or voting against it. Iran had been in compliance with the treaty until the U.S. left. The deal saw Tehran give up 80 percent of its nuclear power program in exchange for sanctions relief. Instead, the sanctions only increased.

Remarking on the American attempts to further squeeze Iran, Zhang Jun, China’s ambassador to the UN, said that they have, “no legal ground and common sense,” and that the U.S. is “shattering its own credibility.” “Once again [this] shows that unilateralism receives no support and bullying will fail,” he concluded. Ryan Costello, Policy Director with the National Iranian American Council, agreed. “If the Trump administration’s goals were to isolate the United States, alienate close allies and have high-risk diplomatic maneuvers blow up in their face, the maximum pressure approach is delivering in spades,” he wrote, calling the White House’s attempts to appeal to a treaty it had defamed and abandoned as “preposterous and without precedent.”

Iranian President Hassan Rouhani was happy about the result, stating, “I don’t remember the United States preparing a resolution for months to strike a blow at the Islamic Republic of Iran, and it garners only one vote. But the great success was that the United States was defeated in this conspiracy with humiliation.”

According to the State Department, it was the world that was wrong, not Washington. Secretary of State Mike Pompeo described the decision to reject their “reasonable resolution” and side with “the world’s leading state sponsor of terrorism” as “inexcusable.” “We will continue to work to ensure that the theocratic terror regime does not have the freedom to purchase and sell weapons that threaten the heart of Europe, the Middle East and beyond,” the Secretary of State concluded. By “the heart of Europe,” Pompeo is presumably referring to coastal Bulgaria and the eastern part of the Greek island of Crete, some of the only European lands in range of the much-hyped Iranian missile “threat.”

While according to Pompeo, Iran alone appears to sponsor terror, he also presented Israel, Saudi Arabia, and the other Gulf monarchies as forces for peace, stability and human rights in the region. In reality, Israel is currently bombing Gaza again, while Saudi Arabia is leading a coalition of Gulf states (backed by Washington) in prosecuting a deadly war in Yemen, leading to what the UN has called the world’s worst humanitarian crisis, where 24 million people need humanitarian assistance and 14 million are at risk of starvation. And while an Iran equipped with nuclear weapons could make the region more dangerous, many of its neighbors, such as Pakistan and India already possess them. Meanwhile, Israel has up to 200 nuclear weapons, all “pointed at Iran,” according to leaked emails from Pompeo’s predecessor Colin Powell, with both the U.S. and Israel helping Saudi Arabia with their own nuclear weapons ambitions.

The U.S. has stepped up its efforts against Iran of late, strongly supporting the suppressed demonstrations in Tehran in November, assassinating General Qassem Soleimani in January, and appointing notorious Iran-Contra figure Elliott Abrams as the president’s new envoy to the country. With what has been invested in regime change in Iran, it is not likely that the UN ruling will mean the end of U.S. actions against Iran. In fact, it could be just the beginning.