HOME / SOCIAL/CULTURAL / The Faux Generosity of the Super-Wealthy: Why Bill Gates is a Menace to Society 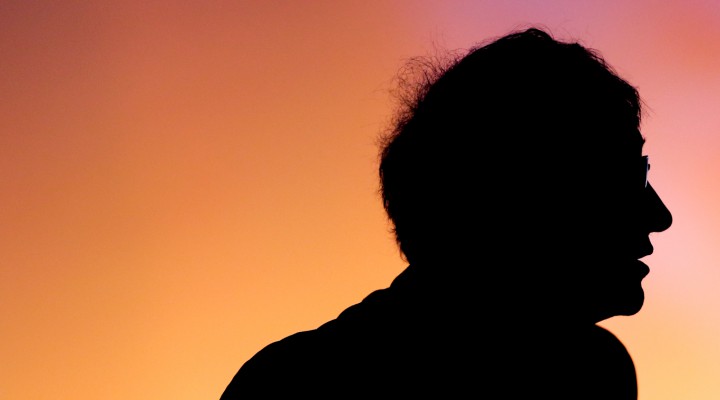 If Gates represents a net negative force in world politics, why does he receive such good press? For starters, he makes sizeable donations to a host of mainstream corporate media outlets.

That outcome is partially owed to the whims of Donald J. Trump. Microsoft recently surprisingly defeated Amazon’s bid for an extremely lucrative $10 billion Pentagon cloud computing contract that sees the company instantly become one of the world’s most important military and security contractors. This decision, Amazon alleges, was due to interference from the president who holds a personal grudge against Bezos, whose Washington Post has maintained a campaign of “resistance” against him.

Gates was also recently in the news attacking the wealth tax that Democratic presidential nomination candidates Elizabeth Warren and Bernie Sanders have proposed. “I’m all for super-progressive tax systems but when you say I should pay $100 billion, then I’m starting to do a little math about what I have left over,” the Seattle native said. (For the record, he would still have over $6 billion).

In response, Warren was apologetic, asking for an opportunity to meet with Gates to explain how much he would pay under the plan. “I promise it’s not $100 billion,” she said. But Sanders has been far more forthright in his opposition to the super-wealthy, categorically stating, “billionaires should not exist.”

If you had a couple billion dollars, you could announce your candidacy for president and be taken seriously, even if you were the dumbest person on Earth.

Billionaires should not be able to buy our elections and we’re going to change that.

Across the media, Gates is presented as one of the “good billionaires”: a warm-hearted philanthropist dedicated to giving away his entire fortune to needy causes. His charitable organization, the Bill and Melinda Gates Foundation, is the largest of its sort in the world, holding over $50 billion in assets. His insight and generosity are constantly emphasized in headlines, as the following examples demonstrate.

There are a few problems with that narrative. Firstly, if Gates is so committed to giving his money away, why does he keep getting richer? This is not a trivial question: his net worth has increased from $75 billion in March 2016 to a staggering $106 billion today, according to Forbes Magazine, an over 40 percent increase in three years alone.

It is a sickness of our system that billionaires even exist. The UN estimates it would take 30 billion dollars to end world hunger per year. Gates or Bezos could end world hunger for multiple years. We can’t even comprehend that level of wealth. It’s sociopathic. So I’m not saying Gates doesn’t do good things sometimes, but he should not be viewed as a hero. All billionaires should be viewed as sick in the head. They need mental health professionals to work on them before it’s too late for humankind.” Linsey McGoey, Professor of Sociology at the University of Essex, UK, and author of No Such Thing as a Free Gift: The Gates Foundation and the Price of Philanthropy, is profoundly skeptical of philanthropy as a whole, claiming it can actually sometimes harm democracy in the long run: “Philanthropy can and is being used deliberately to divert attention away from different forms of economic exploitation that underpin global inequality today” she told MintPress News,

The new ‘philanthrocapitalism’ threatens democracy by increasing the power of the corporate sector at the expense of the public sector organizations, which increasingly face budget squeezes, in part by excessively remunerating for-profit organizations to deliver public services that could be delivered more cheaply without private sector involvement.”

Where do Bill’s billions go?

As Foreign Affairs noted, “few policy initiatives or normative standards set by the World Health Organization are announced before they have been casually, unofficially vetted by Gates Foundation staff.” In this sense, his wealth is extraordinarily anti-democratic, giving him veto power over the decisions and directions of organizations that should be collectively made by the highest representatives of the world’s population, not by one very rich man. And Gates is far from omnipotent, holding many of the patronizing assumptions about developing countries and how best to organize the world that one would expect a rich American tech geek to hold.

McGoey spells out the problem with this corporate attitude to development:

The Gates Foundation has spent twenty years relentlessly championing ‘business solutions’ to inequality and poverty. Through this corporate approach, Mr. Gates personally and the Gates Foundation more generally have enhanced the power and clout of corporations at every level of decision-making, at the regional, national and international level. The Gates Foundation has helped make philanthropy a handmaiden to corporate power rather than helped to empower the non-profit sector to act as a check on corporate profiteering and abuses of power.”

One example of the Foundation enhancing corporate power is its close relationship with highly controversial pharmaceutical and chemical giant Monsanto Corporation, whom it helped gain a stronger foothold in Africa. It also oversaw a flawed clinical trial of the HPV vaccine in India in 2009, where 23,000 impoverished girls aged 9-15 were exposed to potentially lethal drugs without even their parents’ consent, leading to seven deaths. He is also preoccupied with controlling Africa’s population through family planning, fearing a population boom. As such, he appears almost more interested in eliminating the people who are suffering than the source of the suffering itself.

Gates is also one of the most important individuals leading the assault on the American public education network in the form of charter schools. Charter schools effectively privatize the public school system, where the public continues to foot the bill for the school, but has no influence or say in how it is run. They have not been found to increase test scores, but are very popular with both the private sector and the religious right, whereas the vast majority of unionized public school teachers oppose them. But, as the Associated Press stated, there is “no bigger champion [of charter schools] than Bill Gates,” who has plowed enormous amounts of money into the movement, even funding the pro-charter school documentary Waiting For Superman.

If Gates represents a net negative force in world politics, why does he receive such good press? One reason may be his sizeable donations to a host of mainstream corporate media outlets. For example, the Gates Foundation underwrites the entire Global Development section of the Guardian, and has given the British newspaper over $9 million. Studying its donation database, it transpires it has also contributed over $3 million to NBC Universal, over $4 million to the influential French newspaper, Le Monde, over $4.5 million to NPR, $1 million to Al-Jazeera, and an astonishing $49 million to the BBC’s Media Action program, to name only a few. He who pays the piper, it is said, calls the tune. McGoey claims that the motive of billionaires giving to media organizations is primarily “to help legitimate the spurious idea that large corporate actors can rectify the economic harms and economic inequality that their practices have often compounded.”

Gates himself is the head of a gigantic media empire. We already rely on Microsoft for social media (LinkedIn), entertainment (Xbox), hardware and software like the Windows Phone and Windows OS. The company also owns stakes in media giants like Comcast and AT&T. And the “MS” in “MSNBC” stands for “Microsoft.” It is a similar story for Jeff Bezos, who, in addition to Amazon’s myriad media ventures, owns the Washington Post, which media watchdog group Fairness and Accuracy in Reporting has constantly shown often descends into little more than a propaganda outlet for its boss’s interests. It appears that once billionaires have purchased every worldly material good possible, the only things left to buy are power and influence.

While the media may be full of stories singing Gates’ praises, presenting him as a good billionaire (as opposed to the current president), the reality is that one man with that amount of power, be it political (like Trump) or economic (like Gates and Bezos) has a highly corrosive effect on democracy and society more generally.

While they are portrayed as visionaries, multi-billionaires are often blinkered in other, very important ways. Just as reports about Amazon workers’ poor pay and shocking working conditions were surfacing, Bezos declared that the only way he could see to spend the financial resources he accrued was to explore the solar system and beyond. Sharing the profit with his beleaguered workforce appears to genuinely not have occurred to him.

If we are to move towards a better society, the philanthropy of the super-wealthy must be scrutinized, as all too often, what appears to be a generous gift is actually a calculated action intended to increase their power, image or influence. As former British Prime Minister Clement Attlee said, “Charity is a cold grey loveless thing. If a rich man wants to help the poor, he should pay his taxes gladly, not dole out money at a whim.” Bill Gates is not just some rich guy who is unsure about paying more tax: he’s a menace to society.

0 thoughts on “The Faux Generosity of the Super-Wealthy: Why Bill Gates is a Menace to Society”