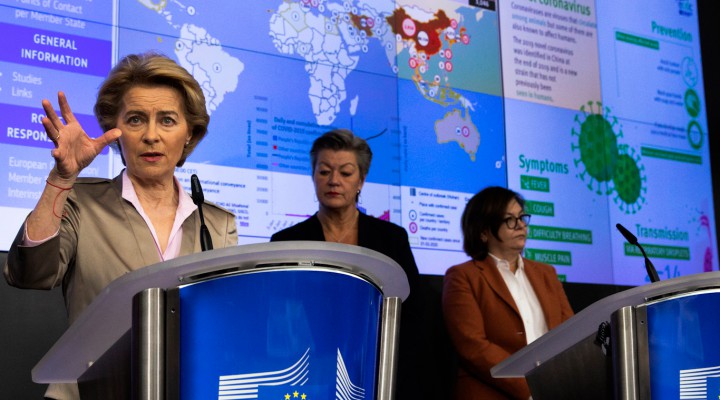 CNN alone has produced nearly 1,200 articles about Coronavirus and two-thirds of the stories on Reuters’ newswire were about the virus.

MPN– Fear over Covid-19, the deadly strain of novel coronavirus, appears to be spreading even faster than the virus itself, as the subject continues to dominate the media. CNN, for example, has produced nearly 1,200 articles mentioning the outbreak, Fox News over 1,300. NBC News has added a coronavirus tab to its homepage, putting it on equal footing as business, world and sports And at the time of writing, two-thirds of the stories on Reuters’ newswire in the previous hour were on the subject, pushing other topics to the wayside. Certainly not helping the worry has been irresponsible clickbait reporting describing the virus as an “uncontrollable…pandemic” and the “end of the world.” Britain’s Express, among other tabloids, is profiting handsomely over coronavirus fears

Yet the worldwide focus on the coronavirus has highlighted the deep inequalities in how some maladies are covered and others are simply ignored. Just over 3,000 people have died after contracting the virus since the first reported case on December 1. Over the same time period, a condition like diarrhea typically kills around 550,000, according to the World Health Organization – something that could easily be remedied in virtually every case. Meanwhile, around nine million people die of hunger or hunger-related conditions every year, according to Mercy Corps – an average of one person every three seconds. Yet these shocking realities that rival the worst predictions of what the coronavirus could bring are ignored as mundane, business-as-usual non-stories by comparison.

Over 800 million people – one in nine – go to bed hungry every night, with 98 percent of those people living in the global south. Hunger is responsible for nearly half of all deaths of children under five. Starvation should be a key feminist issue, as sixty percent of the world’s hungry are female. If mothers are hungry, it affects their children through potential complications in childbirth, less nutritious milk and less attentive care. Hunger, especially in childhood, often leads to stunted development, both physical and mental, and increases the risk of chronic illness, meaning that it effectively steals children’s futures away from them.

Even new and devastating outbreaks of starvation are frequently ignored – if it is politically expedient to do so. The United Nations estimates that 7.4 million Yemenis need treatment for malnutrition and a further 18 million lack access to safe drinking water. This comes as a direct consequence of the Western-backed Saudi attack on the country. Yet because of the U.S. government’s position of supporting the Saudis, the humanitarian crisis has largely been ignored in the media.

Even in the United States malnutrition is a serious problem. 37 million Americans struggle with hunger, according to U.S. charity Feeding America, whose research shows that no state in the union has a food insecurity rate below seven percent. In other words, you wouldn’t have to go far to find the problem. Yet the press and the political class are largely uninterested firstly because the victims of those conditions are universally poor and secondly because they are the direct victims of a system that allocates resources, including the most basic, such as food and shelter, on the ability to pay, rather than on need. Thus, highlighting them would be an indictment of capitalism itself.

In contrast, the coronavirus, like the overblown media coverage of SARS or bird flu, is a virus that the rich could contract, as it is often transmitted internationally through people traveling on airplanes. Just as “dog bites man” is not a story, but “man bites dog” makes the news, the world’s poor dying of easily preventable conditions is just an everyday occurrence. A similar phenomenon sociologists discuss is called the missing white woman syndrome, where richer white people who go missing are given far more press attention than poorer people of color.

Health experts at the World Health Organization have stressed that there is little cause for panic and there are a number of straightforward precautions that can be taken to combat the spread of the virus. Those include washing your hands with soap and water a few times per day, maintaining a three-foot distance between you and anyone displaying flu-like symptoms and refraining from touching your face with dirty hands.