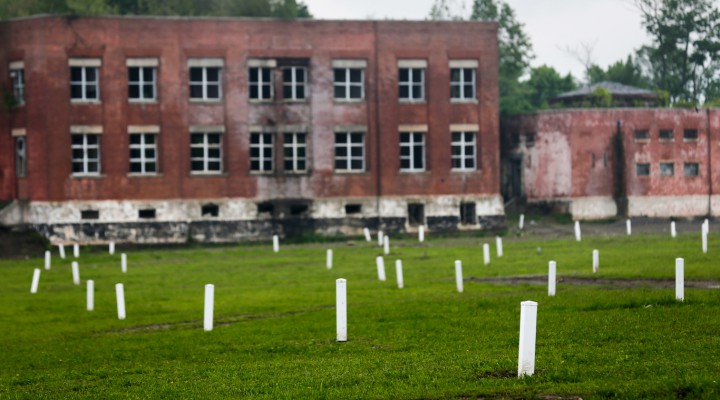 “The city has plans to send corpses to Hart Island in the Long Island Sound where, in the late 19th century, yellow-fever patients were quarantined. Prisoners from Rikers Island would be ferried over to do the digging.”

MPN– Two dozen new cases of Covid-19, a deadly strain of novel coronavirus, were detected in the United States over the weekend, bringing the total to 42, with 47 more U.S. nationals infected either in China or aboard the Diamond Princess cruise ship. Included in the 42 is New York City’s first case; the patient in question is currently confined to her Manhattan home.

“There is no cause for surprise – this was expected. As I said from the beginning, it was a matter of when, not if there would be a positive case of novel coronavirus in New York,” said Governor Andrew Cuomo, who last week called for the state legislature to pass $40 million in emergency management funds to confront the outbreak. Yet even with the extra money, it seems clear that the city would be almost completely unprepared to handle a crisis on the scale that much of the media is hyping it up to be.

A new report by New York Magazine, based upon information from the Center for Disease Control (CDC) and a 2008 New York City pandemic response plan, shows the Big Apple would be overwhelmed in the case of a Spanish Flu-like epidemic. Last week Mayor de Blasio announced he had set aside an extra 1,200 hospital beds in case of need. But a truly serious outbreak could see as many as 26,300 new patients per day arriving at hospitals. Furthermore, the city has barely one sixth of the ventilators it would need in that situation, with medical masks also in perilously short supply.

Perhaps the most notable information from the report is that if the city’s crematoria are overrun, New York intends to use prison slave labor to dig mass graves:

The city has plans to send corpses to Hart Island in the Long Island Sound where, in the late 19th century, yellow-fever patients were quarantined. Prisoners from Rikers Island would be ferried over to do the digging.”

This policy is based on a document authored during Michael Bloomberg’s tenure as mayor, one that saw a more authoritarian approach taken to crime and policing. Bloomberg is currently running for the Democratic presidential nomination.

Yet while the prospect of Harvey Weinstein and other inmates of the infamous prison being forced to come into contact with contaminated corpses might raise some eyebrows, New York prisoners already bury thousands of poor, homeless or unidentified people in deep, mass graves containing up to 1,000 bodies on Hart Island, being paid $0.50 per hour for their labor. More than one million people have been interred on the desolated island off limits to the public. In the past, it has also been used as a quarantine station and a prison.

While the Chinese government has drawn praise for mobilizing its considerable resources, building multiple hospitals in a matter of days to house the infected, and effectively quarantining entire municipalities, the American response has been less impressive. President Trump, who attempted to cut the CDC’s budget in February, proposed a tax cut in response to the virus. The majority of American cases are located in the Pacific Northwest, with Washington state governor Jay Inslee, himself a former Democratic presidential candidate, declaring a state of emergency on Saturday.

In the United States, prisoners are leased out across the country to large corporations, who use their artificially cheap labor to reap huge profits. Everything from McDonald’s uniforms to expensive lingerie to car parts to Starbucks cups are manufactured by prisoners, who have little option but to give their labor for as little as $0.12 per hour. Meanwhile, many firefighters who tackled the California wildfires were actually incarcerated inmates making $1 per hour risking their lives. And while governor of Arkansas, Bill Clinton used prison slave labor in and around his mansion to “keep costs down.”

The coronavirus started in December in Wuhan, China and has spread to 58 countries, with over 89,000 people infected now confirmed. As the virus has spread, so has anti-Chinese xenophobia. In crisis, however, there is opportunity, with the prices of basic medical masks rising by 10,000 percent in Italy as speculators take advantage over public fears. Yet experts agree that wearing masks is ineffective, instead urging people simply to wash their hands regularly with soap and water and refrain from touching their faces.

Governor Cuomo stressed that “there is no reason for undue anxiety.” “The general risk remains low in New York. We are diligently managing this situation and will continue to provide information as it becomes available,” he said. However, if things get out of hand, the dark side of American society will be on display, as the exploitative prison industrial complex will be recruited to fight the virus.

Feature photo | In this May 23, 2018 photo, each white marker denotes a mass grave of about 150 people on Hart Island in New York. Seth Wenig | AP

0 thoughts on “In Case of Deadly Coronavirus Outbreak, New York Plans To Use Prison Labor to Dig Mass Graves”