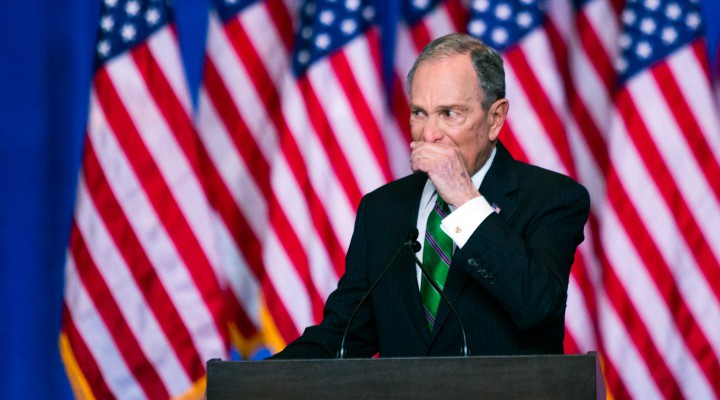 Increasingly, journalists at establishment publications come from and represent the one percent that they claim to be holding to account.

MPN– Many of the world’s super wealthy are trying to wait out the COVID-19 pandemic on their luxury yachts. But how to get to them without interacting with the public and catching the virus themselves? Such are the difficult quandaries only billionaires have to deal with. Fortunately, financial news outlet Bloomberg has solved the big question of the current era. A new company, it excitedly informs its readers, offers chartered private jets from your location to the Mediterranean island of Malta, without the need to “risk exposure to the germ-ridden masses.” New York-based reporter Suzanne Woolley, who has recently penned articles such as “How to arbitrage your U.S. taxes for difficult economic times” and “Where to invest $1 million right now,” notes that aviation company VistaJet allows its clients to reserve its freshly sanitized jet to take them to Malta. “Lest anyone be worried that the island nation itself is germ-ridden,” she writes, the World Health Organization has praised it for its capable fight against the coronavirus.

One big problem, however, is where your yacht is. The article explains that “if your yacht is moored in Antibes [France] or Porto Cervo [Italy], you’re out of luck,” taking for granted that anyone reading does own one, also suggesting that now would be the perfect time to shop for a Maltese passport, as the island, an E.U. member state, levies no income or capital gains taxes on that earned abroad, and there is no estate tax on the island. All you need is $1.3 million in cash or property.

The article’s tone, especially twice describing the general public, even of Malta, one of the richest states in the world, as “germ ridden masses,” highlights the increasing gap between the world’s super wealthy and the rest of us, and the contempt and disgust the haves feel for the have-nots. In April, Democratic Speaker of the House Nancy Pelosi was met with a storm of criticism after posing in front of her enormous refrigerator costing tens of thousands of dollars, revealing her penchant for deluxe ice cream at $12 per tub. For many, the centi-millionaire and wife of one of California’s richest men telling others how to survive lockdown while residing in a mansion was a Marie Antoinette-like moment of pure ignorance.

Since the lockdown began, America’s billionaires have seen their wealth balloon by $434 billion according to the Institute for Policy Studies, even as the economy crashes and nearly 40 million Americans have been made unemployed. Among the biggest winners from the worldwide suffering has been Michael Bloomberg himself, owner of the eponymous news network. The former Mayor of New York has added $12.3 billion to his net worth in the last two months, increasing his fortune by over 25 percent. Bloomberg spent around $1 billion on his recent failed presidential run, amassing only 43 delegates before pulling out. Regardless, his big money media campaign flop pales in comparison to the fortune he has reaped thanks to the Trump administration’s CARES Act, perhaps the largest wealth transfer in human history, in which 82 percent of the tax savings will be enjoyed by those who earn over $1 million per year.

The winners from the CARES Act – America’s billionaires – have also chosen New Zealand as a convenient destination to avoid a pandemic. A new company is doing a roaring trade designing and installing nuclear bunkers in remote areas of the Pacific nation’s South Island. They are designed so that even locals are unaware they are there. Prices begin at $2 million for the simplest designs but can rise to over $11 million, depending on the level of luxury desired.

Increasingly, journalists at establishment publications come from and represent the one percent that they claim to be holding to account. A study published in the Journal of Expertise found that editors and writers for The New York Times, Wall Street Journal and The New Republic were actually slightly more likely than billionaires to have attended an elitist institution like Harvard University or the Columbia School of Journalism, where attendance costs well over $100,000 per year. As the study concluded: “Elite journalists resemble senators, billionaires and World Economic Forum attendees in terms of educational attainment.” This elitism begins to seep into writing, hence the inability to understand political movements like those around Donald Trump or Bernie Sanders, or the temptation to casually demonize human beings as “germ-ridden masses” in news reporting.

As of Wednesday, there have been over 5.7 million confirmed COVID-19 cases, with 354,762 reported deaths.

Feature photo | Former Democratic presidential candidate Mike Bloomberg pauses as he speaks to supporters about the suspension of his campaign, and his endorsement of former Vice President Joe Biden for president, in New York, March 4, 2020. Eduardo Munoz Alvarez | AP