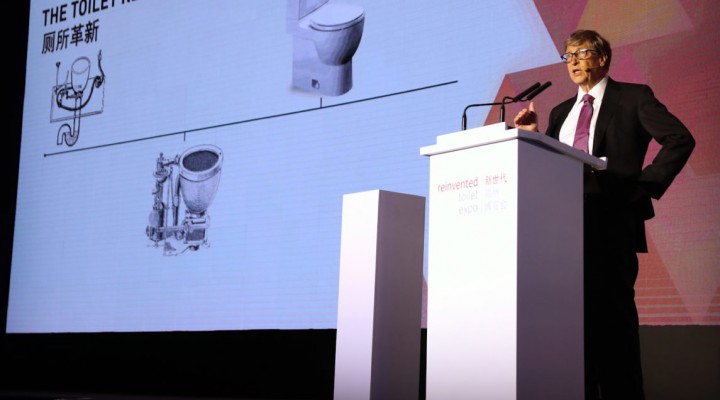 New York Governor Andrew Cuomo said he will use the COVID-19 virus as an opportunity to “revolutionize” the state’s school system, inviting Bill Gates to implement his controversial ideas about education.

MPN– Taking time off from mismanaging a pandemic and turning lifesaving masks sent from all over the country into an art installation, New York Governor Andrew Cuomo declared yesterday that he would use the deadly COVID-19 virus as an opportunity to “revolutionize” the state’s school system, inviting Microsoft founder Bill Gates to implement his controversial ideas about education statewide. Cuomo did not divulge many details of what his imagined education revolution would look like but did mention virtual education and remote learning. However, Gates is best known for one thing in education: charter schools.

“Bill Gates is a visionary in many ways and his ideas and thoughts on technology and education he’s spoken about for years but I now think we have a moment in history where we can incorporate and advance those ideas,” Cuomo said. “When does change come to a society?…[when] we get moments in history” he added, “I think this is one of those moments.”

One of only two centibillionaires in history, Gates is the world’s most popular businessman according to polling company YouGov, enjoying a 54 percent positive and only nine percent negative opinion rating. Nevertheless, Cuomo’s announcement was met with consternation by many. “Right-wing Wall Street puppet Cuomo is going to work with billionaire capitalist Bill Gates, one of the richest human beings in history, to privatize public education. “Philanthropy” is a scam. The Gates Foundation’s goal is to privatize everything so billionaires can profit,” wrote journalist Ben Norton.

Gates is one of the most important driving forces leading the assault on the American public education system through the promotion of charter schools. Charter schools effectively privatize the public school system, where the public continues to foot the bill for the school, but has no influence or say in how it is run. While very popular with both the private sector and the religious right, the large majority of unionized public school teachers oppose them.

Thus, Cuomo’s attempt to push through what he promises to be a massive overhaul of the state’s entire education network is a perfect example of what writer Naomi Klein called “disaster capitalism.” In her seminal book, “The Shock Doctrine”, Klein describes how regressive forces wait until the collective panic of a disaster to force through legislation that the population would never accept and would fight back against in normal times.

During Hurricane Katrina, the New Orleans school system was privatized in an instant. Before the disaster, the school board ran 123 public schools, afterward, it ran only four. Meanwhile, the number of charter schools quickly rose from seven to 31. Unionized school teachers were all immediately fired, with some rehired at reduced salaries and virtually no benefits. As a result, the racially diverse city has effectively been privatized and remodeled to exclude much of its poor black population. As Klein wrote:

The auctioning off of New Orleans’ school system took place with military speed and precision. Within nineteen months, with most of the city’s poor residents still in exile, New Orleans’ public school system had been almost completely replaced by privately run charter schools.

While maintaining an affable public facade, behind the scenes Gates appears obsessed with the discredited pseudoscience of eugenics and has made it a priority to reduce the population of Africa especially. He also has funded programs to circumcise millions of men and boys across the developing world. Another of his more questionable ideas is that of tattooing the entire human race with a so-called “microdot” once they have been vaccinated. And, as Whitney Webb cataloged for MintPress, Gates is a close associate of infamous sexual predator Jeffrey Epstein, finding a 2001 article noting that Epstein had made his fortune out of his close ties to the Microsoft co-founder. “His lifestyle is very different and kind of intriguing” Gates said of Epstein in a leaked 2011 email, three years after he was convicted of sex crimes with children.

Therefore, while Governor Cuomo sees the pandemic as a wonderful opportunity to reorganize New York’s flagging school system, it is far from clear whether the public should embrace his ideas and the supposed generosity of the world’s second-richest man.

The number of confirmed coronavirus cases in New York surpassed 330,000 today. The state has more confirmed cases than any foreign country in the world. At least 25,436 New Yorkers have died from COVID-19, although local officials accept this is certainly an undercount.