HOME / SOCIAL/CULTURAL / Bombing People Is Not Feminist, No Matter How You Spin It

Bombing People Is Not Feminist, No Matter How You Spin It 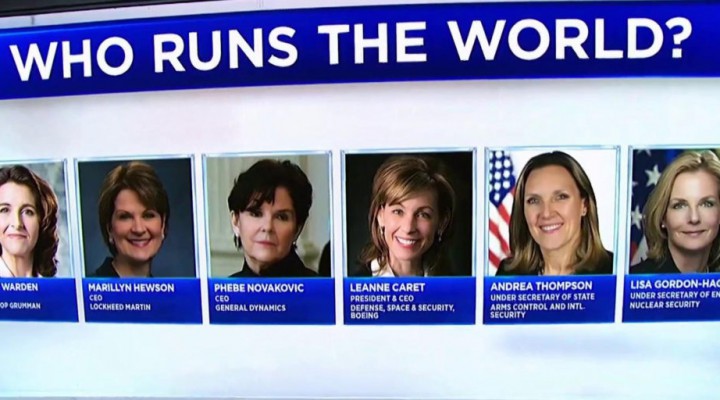 Have you heard the good news, ladies? You too can bomb the Middle East!

Some corporate media have recently been taken with the “inspirational” story of Emily Thompson, the first woman to pilot the super-costly F-35 jet in combat. At an unspecified time earlier this month, Thompson took off from her base in the United Arab Emirates to bomb an unnamed country. 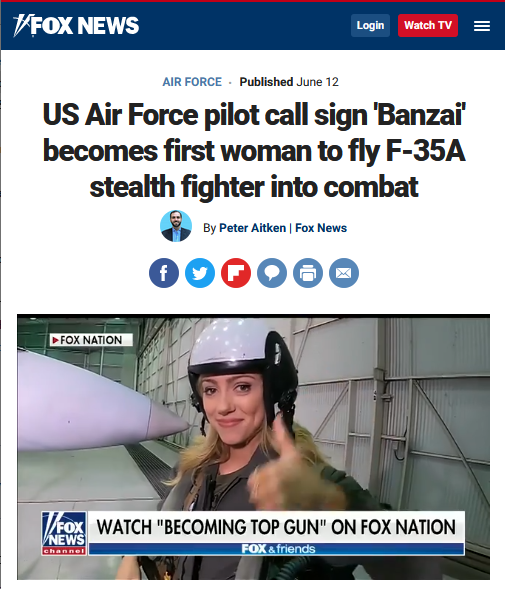 Thompson’s ground crew was also all-female, a number of outlets reported, with the International Business Times (6/13/20) including a quote from her bomb loader, telling young girls: “Be confident and never let anyone tell you that you can’t do something because you can.”

Many of the reports gave background about Thompson’s life, the cost of the F-35 and other military matters. But none questioned whether this was really a victory for equality, nor the ethics of nearly two decades of continuous US warfare and occupation in the region. The effect was to use the language of social justice to cloak the violence of wars in the Middle East, which were started under false pretexts (FAIR.org, 3/19/07, 7/6/16) and have killed huge numbers of women, men and children. 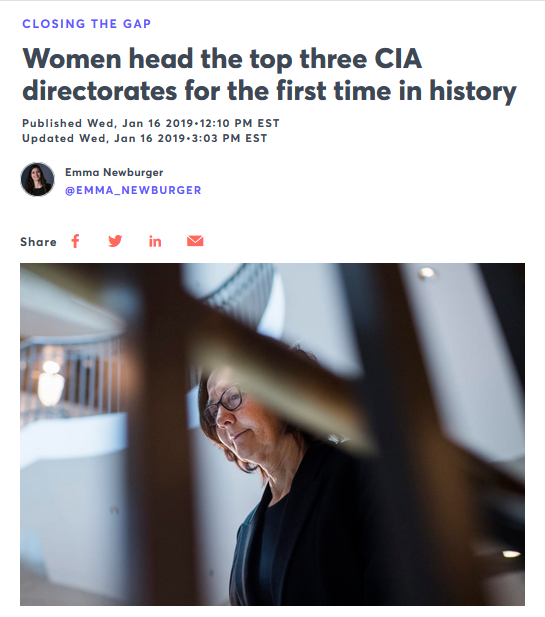 CNBC (1/16/19) reported that after Gina Haspel became director of the CIA, the agency “celebrated its progress towards gender parity.” Haspel was confirmed by the Senate despite overseeing torture and destroying evidence of the CIA’s torture program (FAIR.org, 6/6/19).

While Thompson’s story was primarily retold by conservative media, outlets with more liberal audiences have also put a progressive face on inherently violent, oppressive institutions. Last  year, CNBC (1/16/19) essentially presented the CIA as a feminist institution, now that women head its key directorates for the first time, while many outlets (ABC News, 7/13/18; LA Times, 8/8/18; The Week, 1/2/19; MSNBC, 1/3/20) cheered the news that four of the five largest weapons manufacturers were headed by female CEOs.

Politico (1/2/19) described the news women now headed the major weapon-producing corporations  as a “watershed” moment in what “has always been a male-dominated bastion.” Women “knocked down” the barriers of machismo, the outlet declared, quoting individuals who praised the defense industry as a “meritocracy” that now “generally rewards high performers regardless of color or creed or gender.” The piece, headlined “How Women Took Over the Military/Industrial Complex,” included a section entitled “questioning orthodoxy,” but at no point did it examine the unstated Washington orthodoxy that endless wars are necessary, a premise that industry depends on.

The term “military/industrial complex” was popularized by President Dwight Eisenhower in his farewell address to the nation, where he warned that weapons contractors were beginning to dictate state policy for their own benefit:

Now this conjunction of an immense military establishment and a large arms industry is new in the American experience. The total influence — economic, political, even spiritual — is felt in every city, every state house, every office of the Federal government…we must guard against the acquisition of unwarranted influence, whether sought or unsought, by the military/industrial complex. The potential for the disastrous rise of misplaced power exists and will persist.

That this structure still exists, reaping untold violence across the world, only it is now headed by women, is hardly a step forward for feminism, which is about the emancipation of billions from an oppressive system that hurts everyone.

Bombing People Is Not Feminist, No Matter How You Spin It

0 thoughts on “Bombing People Is Not Feminist, No Matter How You Spin It”