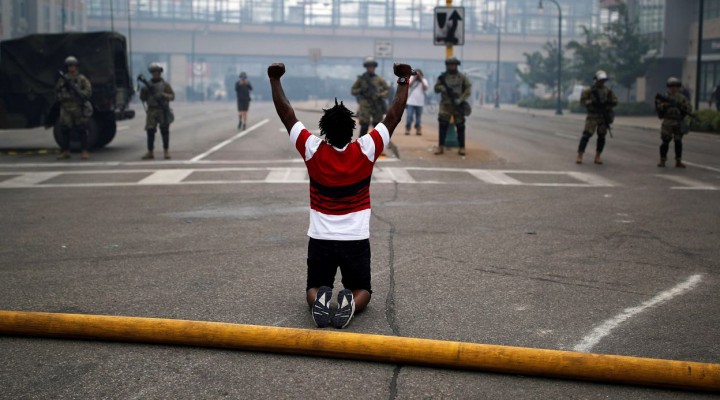 Democrats and Republicans are united in condemning Beijing for its overreach, but perhaps its time to look closer to home to find examples of state repression.

MPN– Republicans and Democrats alike have come together to condemn a new law proposed by the Chinese government that would likely stifle the year-long protests in Hong Kong. The State Department, headed by former CIA Director Mike Pompeo, published a press release yesterday presenting the city as a “bastion of freedom” amidst a repressive state, claiming Beijing was undermining the one country, two systems framework established at the end of British colonial rule in 1997. The framework has allowed Hong Kong a host of special economic and political privileges that the mainland lacks.

Democratic Speaker of the House Nancy Pelosi was similarly forthright in her denunciation of China. “This excessive law brazenly accelerates Beijing’s years-long assault on Hong Kong’s political and economic freedoms… All freedom-loving people must come together to condemn this law,” she wrote, adding, “If America does not speak out for human rights in China because of commercial interests,” then it would “lose all moral authority to speak out elsewhere.”

President Trump has been similarly condemnatory and is scheduled to speak about China at a press conference later today. This morning he attempted to shift attention away from Minneapolis by simply tweeting “CHINA!”

Yet even as Trump was denouncing oppression abroad, he hinted that the military should move into Minneapolis and fire on protestors. “When the looting starts, the shooting starts. Thank You!” he said, adding that he would not stand back and watch a “great city” be overrun by “thugs” and looters. The tweet was quickly hidden by Twitter moderators for breaking their terms of service with regards to encouraging violence. The White House’s official account, therefore, repeated Trump’s incitement. Earlier today, a team of CNN journalists, led by presenter Omar Jimenez, were arrested by state police live on air for supposedly not following law enforcement instructions.

Both terms – “thugs” and “looters” – have become deeply racialized codewords in American society, referring chiefly to lower class African-Americans. The former is overwhelmingly reserved for black people, even when it is barely applicable. Meanwhile, after being abandoned by the state after Hurricane Katrina, poor black Louisiana residents desperately trying to find enough food to eat amid the flooding were presented as “looters” and were treated as such by the authorities and racist vigilante groups alike, who shot them with impunity.

The protests in Minneapolis erupted earlier this week after images of police officer Derek Chauvin killing unarmed black man George Floyd went viral. In videos posted on social media, Chauvin can be seen kneeling on Floyd’s throat for over seven minutes, as onlookers and Floyd himself pleaded that he was being suffocated. The Minnesota police department described the incident on their website with the headline “man dies after medical incident during police interaction.” Chauvin, a police officer of 19 years, has a long history of shooting and killing civilians while in uniform. Anger turned to rage throughout the week, and much of the city is currently still burning as demonstrations turned violent. This afternoon Chauvin was finally taken into custody, although it is not clear whether it is for his own safety as much as for his actions.

Morning after the protests and riots in Minneapolis of the police killing George Floyd. It’s eerie pic.twitter.com/UVF2ltmL7E

As for Hong Kong, tensions flared up in March last year over a proposed extradition treaty between the island city, the mainland, and Taiwan, after a Hong Kong resident murdered his pregnant girlfriend while on vacation in Taiwan, fled back home, and authorities were unable to prosecute him due to no agreement between the nations. Many in Hong Kong felt that Beijing would use the new treaty to arrest or persecute opponents of the Chinese state currently residing there. The United States has offered its full support to the protesters, meeting and promoting many of their most notable representatives, including student leader Joshua Wong. While the conflict has been raging for over a year, authorities have not been responsible for any deaths.

China’s new law would ban sedition, secession, and other methods of subversion. The Chinese government argues that it is a necessary step for national security, given that much of the protests appear to be funded and supported from abroad. However, critics say it is aimed at stifling legitimate dissent and would effectively be the end of the one country two systems framework of governance.

While the United States establishment is united in condemning Beijing for its overreach, with Trump encouraging the National Guard to open fire on any “thugs” or “looters” they might find, it may be time to turn the gaze closer to home to find examples of state repression.