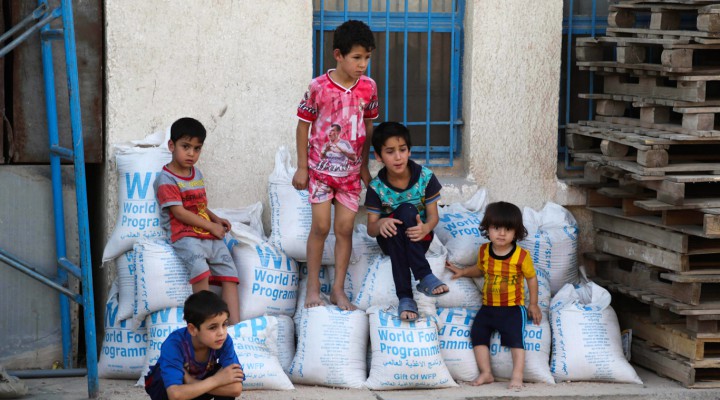 Nations the world over have scrambled to take emergency action in the wake of COVID-19, as businesses have been disrupted, supply lines cut and economies stunted, leaving foreign aid programs underfunded and millions without food.

MPN- More than 55 million people in seven countries are in desperate need of COVID-19-related famine relief. That is according to a new report from international charity Oxfam, entitled “Later will be too late.” The report details how 55.5 million people in seven countries — Yemen, Afghanistan, Nigeria, Burkina Faso, the Democratic Republic of the Congo, and Somalia — are living in severe-to-extreme levels of food insecurity or even famine conditions, thanks largely to the fallout from the coronavirus pandemic.

In March, the United Nations called for $10.3 billion in emergency funding to deal with the worldwide humanitarian impact the pandemic was expected to bring. Unfortunately, it has received barely a quarter of what it has asked for from donors. Every sector, including gender-based violence (58 percent funded), protection (27 percent), health (27 percent), and water, sanitation and hygiene (17 percent) are chronically under-funded. But the worst underwritten parts of its coronavirus response plan are food security (11 percent) and nutrition (3 percent). Indeed, in 5 of the 7 countries noted, the UN has received nothing at all to deal with the crisis. Oxfam called the international community’s response “dangerously inadequate.”

“The Committee for World Food Security must raise the alarm at the UN that famine is imminent on its watch and not enough is yet being done to stop it. We need a fairer and more sustainable food system that supports small scale producers. Years of neglect mean that millions upon millions of people remain unnecessarily vulnerable to shocks like COVID, climate change and conflict,” said Oxfam’s International interim Executive Director, Chema Vera.

Official estimates suggest that around 1.1 million people have died from COVID-19 globally since its emergence in China late last year. While the United States has seen the most cases and deaths overall, it is now countries in the global south that are the most intense hotbeds of the virus, with Brazil, Mexico, and India right behind the U.S. There are currently over 800,000 active cases in India alone.

As nations all over the world have scrambled to take emergency action in the wake of COVID-19, businesses have been disrupted, supply lines cut and economies stunted. As a result of the mass unemployment, the number of food insecure people has greatly increased in many countries. In northern Nigeria, for instance, that number has increased to 8.7 million from 4.7 million three years ago. No one in Burkina Faso in 2017 fell into the food insecure category, however, that number has jumped to 3.3 million today, according to Oxfam. Meanwhile, the Democratic Republic of the Congo’s food insecure population has rocketed from 7.7 million in 2017 to 21.8 million today.

Yemen was already considered the “world’s worst humanitarian crisis” by the United Nations before the COVID-19 pandemic, thanks largely to the Saudi-led onslaught against the country. Over 20 million people are dependent on foreign food aid to survive. In April, the World Food Program warned that a “famine of biblical proportions” could be on the way in the country. And yet, following U.S. government pressure, aid to Yemen has sputtered to just $0.25 per person per day, nothing like what is needed to change the course of the ongoing humanitarian crisis. Secretary of State Mike Pompeo successfully pressured the international community to reduce its aid to the beleaguered nation in a bid to starve the country’s Houthi rebels of aid. As a result, Yemen may be reaching a humanitarian tipping point in the near future.

Partly because of the inaction, Oxfam has suggested that more people could die from COVID-19-linked hunger than of the virus itself, warning that up to 12,000 people could perish daily if more action is not taken. But even as the UN desperately begs for just $10 billion to avert a massive famine, food and beverage companies have paid out over $18 billion in dividends to shareholders between January and July, suggesting that a lack of funds is not the principal problem.

People in the United States, too, have had problems with food insecurity, although nothing like the severity of those in sub Saharan Africa or in Yemen. 56 million Americans were forced to use a food bank during the crisis, as tens of millions were left unemployed almost overnight. While Americans do not have to worry about a potential famine in their country, those in the African and Asian countries highlighted by the report are not as lucky.

Feature photo | Iraqi children sit on bags of rice from the World Food Program (WFP) at a school that serves as a shelter for internally displaced people in Baghdad’s eastern district of Jamila, Iraq. Karim Kadim | AP