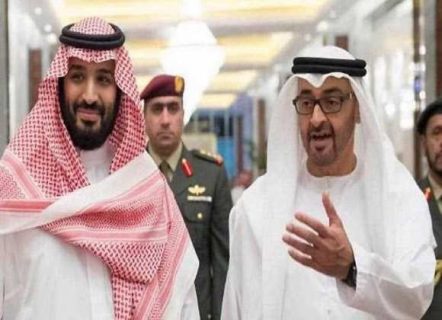 Is this the beginning of the end of the failed five-year-old Saudi-led intervention?

Just days before the fifth anniversary of the start of the war on Yemen, the UAE announced that it had completed the withdrawal of its troops from the country. At a grand ceremony on Sunday marking the soldiers’ return, Chief of Staff Gen. Issa al-Marzouqi declared that Emirati forces were pulled out after successfully “liberating” 85% of Yemen’s territory and training and arming around 200,000 local troops to continue the fight.

The pullout preceded and accompanied by plaudits of praise in the Emirati media for the returning soldiers, was a unilateral move. It was neither accompanied by any withdrawal of Saudi, Sudanese or other allied forces nor carried out in the context of any regional or international agreement.

Mazroui put the number of troops the UAE had deployed in Yemen as 15,000, and said its air force had carried out 130,000 combat sorties and its navy contributed 90 vessels to the war effort. The disengagement of such a substantial force signals the beginning of the end of the war, the collapse of the Saudi-Emirate partnership in the country, and the unraveling of the Arab coalition of which they were the mainstay.

The move raises a host of questions: Was the withdrawal decision, originally announced last summer, planned or coordinated with the Saudis? Did they approve of it? Are they planning to withdraw too? What do their Yemeni allies on the ground, the forces of the supposedly ‘legitimate’ government, make of the move? Was it part of a secret deal? And where does this leave the UAE’s clients in southern Yemen: Will they be able to survive? Will the Transitional Council declare the secession of the south?

It is clear that the UAE leadership wanted to cut its losses in Yemen (it admitted the loss of 108 troops in the war though, it never said how many were injured) and prevent it from a becoming a domestic liability (many Emiratis privately considered it unwinnable and saw their country’s participation as a strategic blunder).

But it also seems aimed at helping to ease tensions with Iran.

Emirati officials always justified their involvement in the war in terms of curbing Iranian influence, rather than restoring the ‘legitimate’ Yemeni government – they were and remain on bad terms with ‘legitimate’ President Abedrabbo Mansour Hadi. But Iran’s influence not only failed to be curbed. It grew exponentially, and Iranian support helped the Houthi Ansarullah movement and its allies consolidate their hold on the capital Sanaa and the north, and push out eastwards and southwards.

The devastating Houthi drone and missile attacks on Saudi oil facilities caused a turnaround in Emirati thinking. It was followed by the initial withdrawal announcement, the despatch of a security delegation to Tehran to discuss improving relations, and other gestures to Iran’s regional allies such as the reopening of the UAE embassy in Damascus.

The Emirati leadership, according to well-placed sources, came to the conclusion that the Saudi-UAE coalition could never win the war; that it had become a drain on financial and human resources; and that Iran’s Houthi allies were getting stronger by the day. If they could accurately target military sites and vital infrastructure all over Saudi Arabia, they could do the same in Abu Dhabi or Dubai, and bring the already troubled Emirati economy to its knees.

Last week’s IMF report warning that oil-rich Gulf states could bankrupt themselves in 15 years sent out another warning: that they can no longer maintain current lavish levels of expenditure, including on costly regional wars and adventures.

So where does this leave Yemen? Is it headed towards partition, with the south fragmenting into militia-led fiefdoms? Or could the Houthis, who have been making major military advances, extend their control to the south?

All we know right now as the war enters its sixth year, is that ‘Operation Decisive Storm has been a failure, and that could have strategic repercussions well beyond Yemen’s borders.

0 thoughts on “The Emirati withdrawal from Yemen”