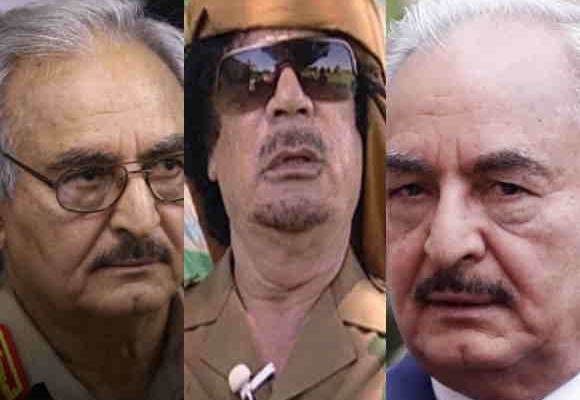 The virus of fragmentation is spreading dangerously, not just between east and west but within both regions

Libya is suffering an outbreak of fragmentation virus. This deadly scourge is no longer confined to West vs. East – with rival leaders, armies, parliaments and governments holding sway on either side of the country. It has spread to infect the two opposing camps themselves, both of which now have competing would-be rulers vying for control.

Eastern Libya – the Barqa (Cyrenaica) region and adjoining areas – is witnessing an intensifying struggle between Gen. Khalifa Haftar, chief of the ‘Libyan National Army’, and Ageela Saleh, speaker of the Tobruk-based parliament. Haftar refuses to abide by the American-sponsored cease-fire agreement that Saleh announced on 13 August in conjunction with the western-based Government of National Accord (GNA), claiming he knew nothing about the deal and only heard about it on TV.

Meanwhile the head of the GNA, Fayez Sarraj, decided to suspend his interior minister and adversary Fathi Bashagha while the latter was on a visit Turkey – reportedly made without consulting his ‘prime minister’

Bashagha is a strongman of the city of Misrata and former leader of the biggest of its many militias. He announced he was willing to comply with Sarraj’s order that he face a commission of inquiry, but only if it were broadcast live on air – a condition Sarraj did not accept, fearing it would weaken his standing among the population of the west.

Sarraj’s move followed angry demonstrations by thousands of people in the capital Tripoli protesting against rampant corruption, militia abuses, the collapse of basic services such as water, electricity, policing, education and health, and endemic youth unemployment.

Bashagha supported these protests in order to undermine the GNA chief and denounced the shooting of protestors, thereby gaining popularity in western Libya and especially his hometown of Misrata and severely embarrassing Sarraj.

These parallel power-struggles between Sarraj and his interior minister and Saleh and his military commander cast grave doubts over the chances of the cease-fire agreement succeeding. The irony is that neither man wields actual power on the ground, though each can claim tenuous political legitimacy.

Sarraj has international legitimacy stemming from the UN-brokered Skheirat political agreement, while Saleh enjoys legitimacy as head of an internationally-recognised legislature. But their respective ‘legitimacies’ lack either teeth or muscles, and military power on the ground is wielded by their enemies Haftar and Bashagha. This does not bode well for either.

The fighting forces of Misrata – Libya’s ‘Sparta’ – are the most powerful in western Libya. Without them and their leader Bashagha, Haftar’s offensive against Tripoli would never have been repulsed. If it is true that Turkish President Recepp Tayyip Erdogan is supporting the interior minister for various reasons — including his Turkish origins and Misrata’s economic and military clout — then Sarraj is in for a tough time and his days may be numbered.

The hapless Libyan people look on at this struggle for power and influence with dismay and disgust. Many of them increasingly yearn for the days of former leader Muammar al-Qadhafi, just as many Iraqis do for Saddam Hussein. For both peoples, unfortunately, the desperate need for security and stability takes precedence over noble aspirations such as democracy.

American intervention may result in truces being declared between the rivals in both eastern and western Libya. But these will only be temporary, as the fires of conflict continue smouldering beneath the embers.

0 thoughts on “Libya’s other pandemic”