HOME / WORLD / Iran on the Frontline 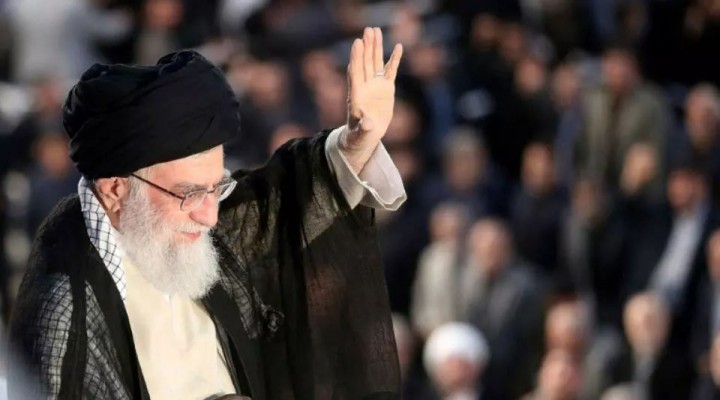 A close scrutiny of Israel’s missile attacks targeting the Syrian heartland over the past few days reveals fie highly significant developments. They can be summarised as follows.

–       First, Iran is rapidly turning into a frontline state with the Israeli occupation. For the first time since the Arab-Israeli conflict began around a century ago it has become a military power that Israeli leaders, whether military or political treat with the utmost seriousness. This is due not only  to its own formidable military capacity, but also because it possesses a network of unofficial military extensions that can wage unconventional warfare.

–       Second, Russia’s attitude in 2019 may differ from that of 2018, when it faced criticism for is failure to respond to repeated Israeli attacks on Syrian territory. Its silence cast a long shadow over Russia’s status as a reliable ally in the region, and we can consequently expect an imminent and major change in Moscow’s position.

–       It was no coincidence that the Russian leadership leaked an intelligence report to the daily Kommersant on Tuesday confirming that Syria’s air defence forces will be ready to use the advanced Russian S-300 missiles by March this year, after completing the necessary training. This was meant as an indirect response to all the questions regarding why these missiles were not used to confront the Israeli warplanes that attacked Syria early on Monday.

–       Fourth, all the Russian-Israeli understandings that Iranian forces would remain at 80 kilometres distance from Syria’s southern borders with occupied Palestine, specifically, the Golan Heights, have come to naught.  Israeli military officials are quoted in the press as saying that Iranian forces are now deployed in bases just a few kilometres away from the borders.

–       Fifth, there is now a strong prospect of Syrian and Iranian retaliation to Israeli attacks. The medium-range missile with a 500-kg warhead that was fired at the Golan Heights in response to the latest Israeli assault confirms that the barrier of hesitation to seek retribution has been broken. The Qods Force, headed by General Qassem Soleimani, would not have taken the decision to launch the missile without consulting with with the top Iranian leadership, specifically Supreme Leader Ali Khamene’i. In other words, that decision was strategic in nature and could determine the course of the coming phase.

Israeli officials greatly talked up the success of the latest missile strikes that they said targeted weapons depots and Iranian Revolutionary Guard bases in Syria. These claimed successes raised many doubts even among Israeli military experts, not only because they were exaggerated, but also because they were intended to disguise the highly significant strategic decision to gradually open up the Golan Heights front and establish a southern front against the occupation.

We believe that the current year will witness a sudden qualitative leap forward in Syria’s air defence capabilities after the S-300 becomes operational on the battlefield. If the less sophisticated Russian systems, such as the Pantsir and Buk, are capable of intercepting most of the missiles fired by Israeli warplanes from Lebanese airspace and over the occupied Galilee Panhandle and Lake Tiberias – because these warplanes do not dare infiltrate the Syrian airspace for fear of being downed – one can imagine what matters would be like after the S-300 enters service. When that happens, these Israeli warplanes will be able to be interdicted even inside Lebanese airspace. The Russians have hinted at this on more than one occasion after losing patience with Israel’s provocative behaviour.

True, the Syrian leadership does not want war. Its priority at present is on recapturing the cities still outside its control such as Idlib and the gas and oil-rich areas east of the Euphrates. But Iran may have different considerations. The Revolutionary Guard can now launch retaliatory missile attacks on Israel not only from southern Syria but also from Iraqi territory. This may explain the recent Israeli threats to Iraq.

After Israeli Prime Minister Binyamin Netanyahu was criticised for waging a military campaign against Syria that broke an unofficial truce lasting over a decade, he reiterated three times, without any particular reason, that Israel has the most sophisticated defensive and offensive capabilities in the world, and that it will hit out against all those who wish it harm. These sound like the words of someone who is apprehensive and unsettled, and desperate to reassure his settlers who are now surrounded by missiles from three sides – north, south and and east.

What some Arabs have failed to understand is that Iran’s transformation into a frontline state with the Israeli occupation state is filling the strategic vacuum caused by their own withdrawal. This is set to give Iran a leadership role in the entire Arab world, belying the negative image these Arabs have been trying to cast it in over the past years with their derogatory, sectarian and insult-filled propaganda.

Iran’s influence is growing in Yemen, Iraq, Syria, Palestine, and Lebanon, and it will soon make a comeback in Sudan. This while Arab regimes are seeking normalised relations with Israel. There is an eloquent Arab Bedouin saying that applies to them: ‘We gave them their fill of curses, but they won the camels.’

0 thoughts on “Iran on the Frontline”